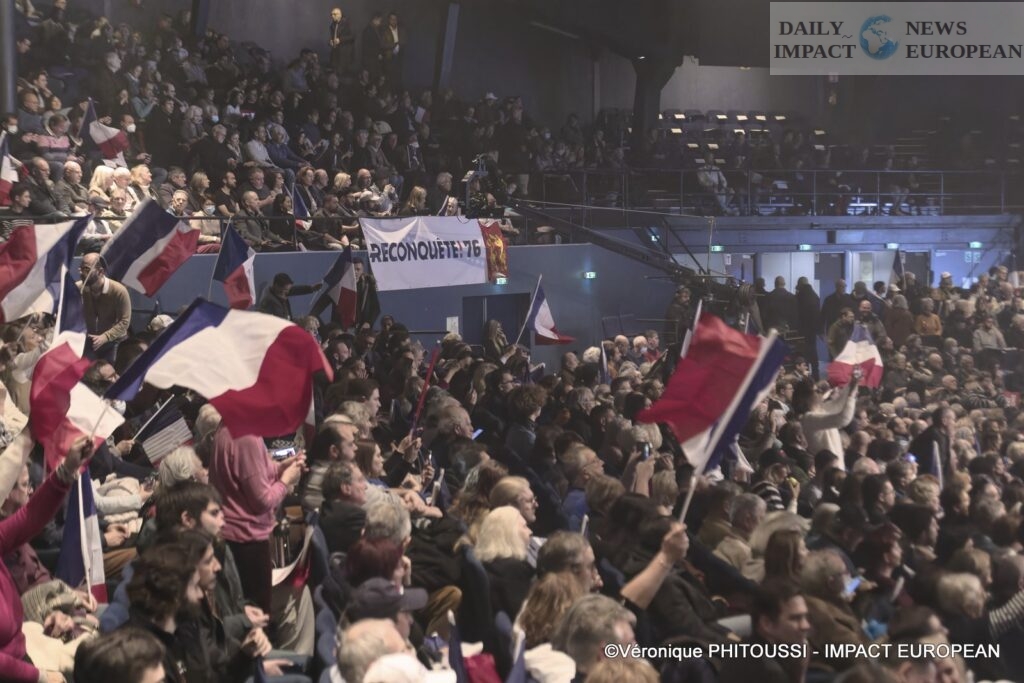 Reconquest, the far-right formation blew out its first birthday candle.

Reconquest, the far-right formation blew out its first birthday candle.

The anniversary meeting of the Reconquête party brought together some 4,000 people at the Palais des sports, in Paris, on December 4, 2022. Obviously, this rally in no way resembles the founding rally of Villepinte with its 10,000 participants, on December 5, 2022. December 2021.

Nicolas Bay, Marion Maréchal and Guillaume Peltier, vice-presidents of the Reconquest party; All recalled the fundamentals, they underlined their positioning and their values. Guillaume Peltier is also the spokesperson for candidate Éric Zemmour.

As for Marion Maréchal, she is already thinking about the Europeans.

Guillaume Peltier, during his speech, specified: “I am French and I am a patriot. I am even a man and a father. I am white. I am a Christian, I am heterosexual. I live in rural France, I drive on diesel and I heat with oil. And for all of this, I have no intention of apologizing. »

Among the French mobilized, 40 mayors were also present alongside the President of the “Reconquest” party.

The violent groups were not admitted by security, the journalists were not booed and threatened by the whole room. There was no problem.

Éric Zemmour was born on August 31, 1958 in Montreuil. He is a political journalist, writer, essayist and former French polemicist.

Sarah Knafo, director of strategy, development and animation of Reconquête. She took an availability at the Court of Auditors, to accompany the ex-polemicist Éric Zemmour.

Éric Zemmour attacked left-wing teachers as well as Pap NDiaye, Minister of Education and Youth, fundamentally against the woke offensive.

Éric Zemmour is really sailing all “right”. The candidate addressed certain news items such as the rally after the murder of little Lola, the tribute to Samuel Paty as well as the Demonstration against the Viking Ocean and its migrants welcomed in Toulon. The room reacted strongly to this.

Éric Zemmour returns to the fact of “refusing the invisibilization of crimes” because “the majority of news items are in reality Francocides”. Blame it on “violence in our society”. For Éric Zemmour, “The more a society is ethnically heterogeneous, the more violent it is”.

The opportunity was to take stock of the past year. Éric Zemmour, after his electoral defeat, tried to remobilize his base by firing on the ethnic “heterogeneity” of the country.