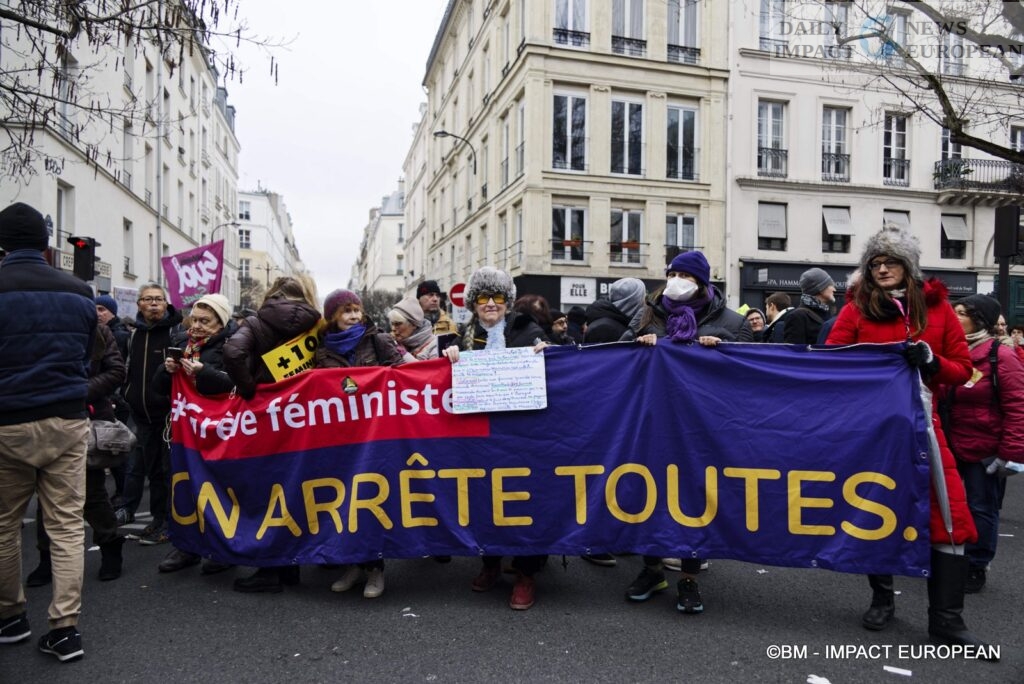 The mobilization against the pension reform was very important this Thursday. "More than 2 million" people demonstrated in France according to the CGT, 1.12 million according to the Ministry of the Interior.

Hundreds of thousands of demonstrators across France, electricity production at half mast, very disrupted transport on the rail network and in Paris, schools closed: France was plunged Thursday into a day of massive strike against a decried pension reform , a political test for President Emmanuel Macron, in a tense economic and social context.

The mobilization against the pension reform was very important this Thursday. “More than 2 million” people demonstrated in France according to the CGT, 1.12 million according to the Ministry of the Interior.

The mobilization against the pension reform, deemed unfair and brutal by the inter-union at the origin of a petition demanding an overhaul of the project, largely disrupted transport, the education sectors and many businesses this Thursday. More than 200 demonstrations took place throughout France: “More than two million” people demonstrated according to the CGT, 1.12 million according to the Ministry of the Interior. More than 10,000 police and gendarmes were mobilized to maintain order, including 3,500 in Paris.

In the top three of the hits broadcast tirelessly by the union vans and their overpowered sound system, the Italian song of revolt “Bella Ciao” is in a good position. Also included is the classic “Motivés – le chant des partisans” by the Toulouse collective Motivés and the hit by the group HK & Les Saltimbanks “On quitter rien,” launched in October 2010 during the first demonstrations against the pension reform.

Twelve years later, few novelties in the processions, if not the very popular “I Will Survive” by Gloria Gaynor, revisited by the Rosies, feminist activists who sing and dance in overalls.

The Parisian demonstration split in two

According to the CGT, the Parisian procession gathered 400,000 people. For its part, the Ministry of the Interior counted 80,000 people.

Clashes erupted between police and demonstrators around the Place de la Bastille, with the throwing of projectiles and the use of tear gas. 38 arrests took place on the sidelines of the demonstration, according to the Paris police headquarters, which made a new update at 6:30 p.m. The Paris police headquarters also indicated that the Parisian procession was split in two, with a second route set up with the agreement of the unions, due to the large crowds.

A few clashes, tensions or damage were reported in Paris, Lyon (east) and Rennes (west). The first figures reported by the authorities already attested to a major mobilization: at least 30,000 people marched in Toulouse (south-west), 26,000 in Marseille (south-east), 15,000 in Montpellier (south- east), 14,000 in Tours (center), 13,600 in Pau (south-west), 12,000 in Perpignan (south) and Orléans (center)… The mobilization “is beyond what we thought “, welcomed the number one of the CFDT union, Laurent Berger, at the start of the Parisian demonstration.

The project and its flagship measure, the postponement of the retirement age to 64, against 62 today, is coming up against a united trade union front and broad hostility in public opinion according to the polls.

The pension reform “channels all the discontent” in France, estimated on the Public Senate channel the secretary general of the CGT union, Philippe Martinez. A rejection of this reform expressed vehemently by Manon Marc, school facilitator interviewed in Paris: “I think we are making fun of ourselves. They don’t know what it’s like to work until you’re 64 in those conditions.”

The strike was very popular in transport with almost no regional trains, few high-speed trains (TGV), a slow-moving metro in Paris and a very underserved large suburb. Civil aviation has asked airlines to cancel Thursday, one in five flights at Paris-Orly airport, due to a strike by air traffic controllers. Many public services are the subject of strike calls, in particular education, where the main union, the FSU, counted 70% of striking teachers in schools and 65% in colleges and high schools.

The Head of State spoke about this day of mobilization from Barcelona, Spain, where he was traveling to sign a treaty of friendship and cooperation with a dozen ministers. The pension reform is a “fair and responsible” reform which will be carried out with “determination”, he defended. This reform was “democratically presented and validated”, he said.

For the leader of Force Ouvrière, Frédéric Souillot “we left for a hard conflict” and “we must block the economy”. Although their modes of action diverge, the eight main unions present a united front unprecedented for twelve years. The left and far right are also opposed to the reform. Only the classic right-wing opposition seems open to compromise.

France is one of the European countries where the legal retirement age is the lowest, without the pension systems being completely comparable. It is 65 in Germany, Belgium or Spain, 67 in Denmark, according to the Center for European and International Social Security Liaison, a French public body.

Regarding the arduousness, the Minister of Labor indicated at the microphone of RTL this Thursday highlighted several points of the reform which should improve the consideration. In addition to refining the Professional Prevention Account (C2P), “we are going to set up a device for painful postures, vibrations, carrying heavy loads”, underlined Olivier Dussopt.

And to specify however that the criteria of arduousness cited will not be reintegrated into the C2P, but included in “prevention agreements”, financed by the occupational diseases and accidents at work branch of Social Security. Early departure on medical advice can therefore be facilitated in jobs that meet these criteria.

Olivier Dussopt also confirmed that the CFA, the end-of-activity leave for truck drivers, would indeed be maintained with the government reform

Declining electricity production, suspended fuel shipments, very disrupted transport on the rail and in Paris, mobilized teachers: the strike against the pension reform project has affected many sectors, to varying degrees.

According to AFP, EDF management counted 50% of strikers out of its total workforce at the end of this day of mobilization, more than the first and more followed by days of action against the previous reform project. pensions in 2019 (41.4%). For its part, the CGT has advanced a rate of 57% of strikers among the workforce present.

On the transport side, the strike was very well attended with almost no regional trains, few TGVs, a slow-moving metro in Paris and a very underserved large suburb. Regional traffic has been virtually stopped with 1 TER out of 10 on average. The rate of strikers at SNCF was 46.3%, including 77.4% of passenger train drivers, according to union sources. In comparison, the first day of mobilization against the pension reform in 2019 had been even more followed: 55.6% of strikers including 85.7% of drivers.

The state civil service (2.5 million agents) had 28% strikers, according to the ministry. Public television and radio programs were largely disrupted due to strike calls at France Télévisions, Radio France and France Médias Monde (France 24 and RFI). This was also the case for the regional daily press: the newspapers of the Nice-Matin group did not appear this Thursday. At La Poste, management reported 14.64% strikers.

Building on the success of this first mobilization, the eight major trade union centers (CFDT, CGT, FO, CFE-CGC, CFTC, Unsa, Solidaires and FSU) announced a second day of action, on January 31. The oil CGT had already announced its intention to go back on strike on January 26 for 48 hours, and on February 6 for 72 hours.

On Saturday, January 21, young people will take to the streets against the pension reform where they announce that the reform will be done as in 1968 if the president does not understand, and the government will resign.