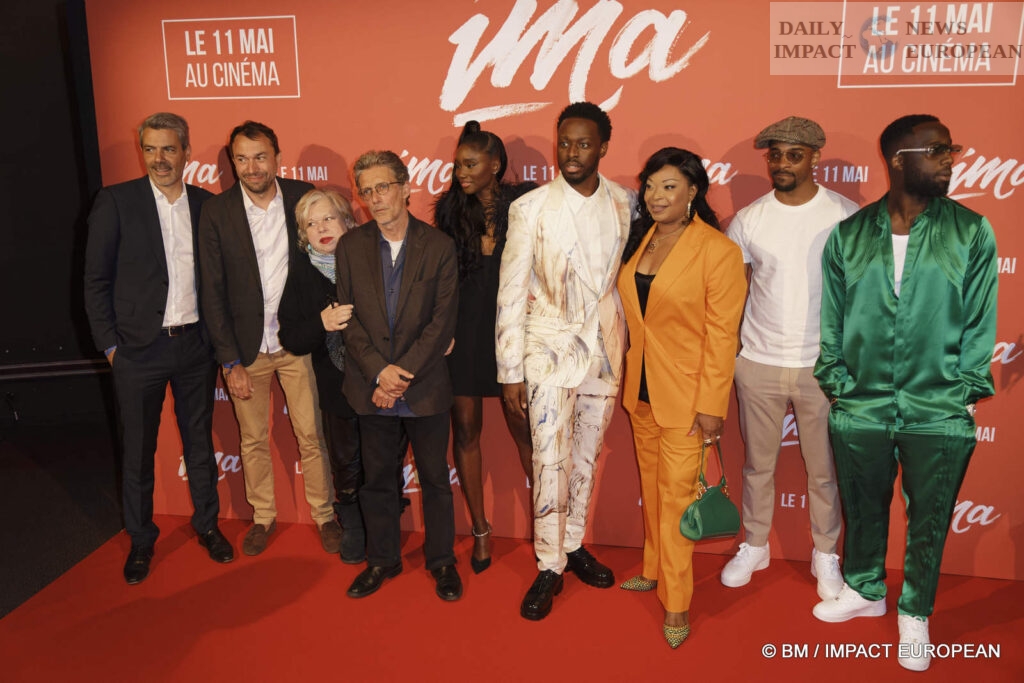 IMA is a romantic comedy that develops a reflection on the ecosystem of Congo, the singer's country of origin and the condition of women in Africa.

The preview of Dadju’s film, “IMA” took place on Thursday May 5 at the Gaumont Champs-Elysées., in the presence of the whole team and his mother, Dalida.

This film was directed by Niels Tavernier, the star actor is the author-composer Dadju, who took his first steps in the cinema by playing his own role. We find in the credits: Dadju, Karidja Touré, Djimo, Nick Mukoko, Anzor Alem.

IMA is a romantic comedy that develops a reflection on the ecosystem of Congo, the singer’s country of origin and the condition of women in Africa.

Shot in Congo, this feature film is based on an original idea by Dadju. It is a complicated love story between the artist and a young woman from Kinshasa, named Ima. Karidja Touré is the interpreter.

The story takes place in Kinshasa, Dadju’s childhood town. The latter goes there for a concert which Laetitia, one of his fans, dreams of attending. When the concert was sold out, she begged her father to intercede with her boss, Yvan, a powerful businessman, to find seats for her. The latter convinced Dadju to perform at a private concert on his property and so seduce Laetitia’s sister, Ima. The result is not long in coming, since the singer falls under the spell of the magnificent Ima, whom he never takes his eyes off.

Along with the release of the film, Dadju presented his 3rd album, “Cullinan” whose first single is “King”. This last album is very linked to the film. It is romantic, sunny and influenced by African sounds. It also contains the title “Chance Moko”. Each time he wrote a title, he thought of a scene so that the screenwriter could integrate it into the film. “It’s the album that was written for the film and not the other way around,” said Gim’s little brother.

A show case after the screening

After the preview of the film in Paris and the broadcast of an exclusive show case by Dadju where he performed for the first time the songs from the film included in his latest album, other previews took place in the provinces in the same conditions, before the national release on May 11.