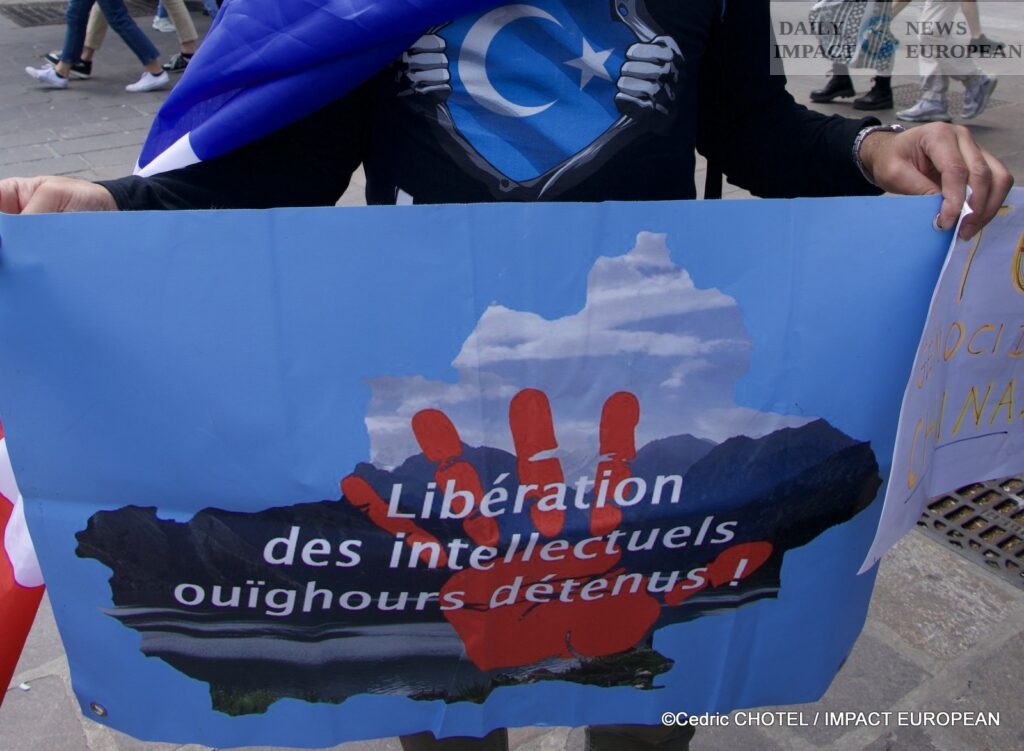 Several associations for the defense of victims of the Chinese regime met on Tuesday July 5 in Paris, for the French government to officially recognize the repression of the Uyghurs.

Several associations for the defense of victims of the Chinese regime met on Tuesday July 5 in Paris, for the French government to officially recognize the repression of the Uyghurs.

Many associations defending the victims of persecutions of the communist regime have also demonstrated against the turn of the Party in China, which tries to erase all forms of ethnic or religious differences. Association of Uyghurs of France, Students for a Free Tibet, Mongolian Solidarity Association, Falun Dafa Association were present.

While several Western countries have already recognized the Uyghur “genocide”, the country of human rights seems to be lagging behind.

The demonstrators add that it would be a “strong message for the Uyghurs”. They say: “The Chinese authorities repeat to the Uighurs that China is the most powerful country in the world, that no one will save (them)”. A new condemnation from a foreign power would help to “give them hope” and “keep them on their feet”.

Many Uyghurs who came to demonstrate on Tuesday have lost loved ones. Also, when the sound system broadcasts traditional music, some find it difficult to hide their sadness.

According to the UN, more than a million Uyghurs, the main ethnic group in Xinjiang, in northwest China, are being held in re-education camps. Some are subjected to “forced labor” or systematic rape. Beijing disputes and claims that they are vocational training centers intended to keep them away from terrorism and separatism, after numerous deadly attacks against civilians by Uyghurs.

For the NGO Amnesty International, however, the treatment of Uyghurs constitutes “a crime against humanity”. Torture, mass imprisonment, persecution, internment in labor camps… In a report of more than 160 pages published in June 2021, the human rights association affirms that the treatment inflicted by China on this community represents “ serious human rights violations that threaten to erase their religious and cultural identities”.