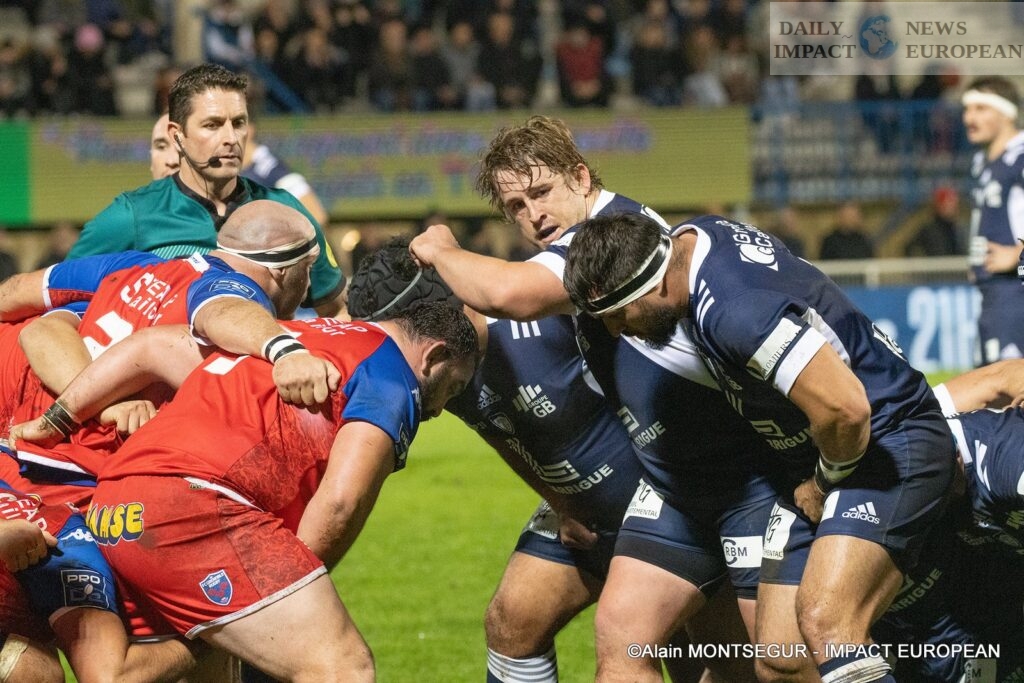 The Grenoble residents, too undisciplined to hope to win, finally lost 19 to 18.

The Grenoble residents, too undisciplined to hope to win, finally lost 19 to 18.

FC Grenoble remained on four victories, the last on the lawn of Soyaux-Angoulême (24-18). But during the week, the Isère club was sanctioned by the financial policeman, the Regulation formation of the French Rugby Disciplinary Council, which took away three points in the standings.

FC Grenoble led the first half with a lot of realism, which allowed them to lead up to 12-6 at the half hour mark, thanks to an excellent Thomas Fortunel on foot.

Thomas Fortunel passes a first penalty after 7 minutes on a columérine fault beyond 40m (0-3). The Colomiers players set off to attack the Grenoble try line with a very dangerous scrum but twice the Grenoble residents got away with an interception then a snatch.

Thomas Fortunel, from the same place, adds three more points after a quarter of an hour (0-6).

The penalties follow one another in the following minutes, the scorers carrying the score in the 20th minute, to finally concretize their highlights at 6-12 in the 27th.

But the Columérins wake up and Pimienta scores a try in the 32nd minute, which allows the locals to turn in front (13-12). At half-time it is therefore Colomiers who leads by the smallest gap.

When they return from the locker room, the Grenoble residents put themselves in danger and offer their opponent two penalties

Back on the field, Colomiers did not wait to increase their gap to the score with a penalty from Max Auriac (16-12).
Colomiers leads 19-12 with a new penalty from Max Auriac. The domination of the locals is confirmed. Grenoble still recovers a penalty in the 56th minute, converted by Thomas Fortunel (19-15). A little after the hour mark, they reach the 22 columérins meters and get a penalty at 5 meters.

The penalty shows that there is a little better on the side of the FCG, which wakes up over the last 20 minutes, and in particular with the substitutes. Symbol of this better, the penalty passed by Fortunel’s replacement, Corentin Glénat, who passed three more points in the 65th minute (19-18).

The game resumes after a few minutes of stoppage, and we feel the tension on both sides. In the 74th minute, Colomiers put the danger back in the FC Grenoble camp with a good comeback, but it was finally Grenoble who was rewarded and who could get some fresh air by leaving their camp. In vain. Possession goes to US Colomiers.

The Columérins won at home and Grenoble left with the defensive bonus point, in a match that ended with a little tension between the two teams.

They choose to take the points and pick up one point (19-18). The score will not move and Grenoble must bow to Colomiers.

In the standings, without taking into account the penalty of three points received this week, FC Grenoble is now third, behind its next opponent Biarritz. Otherwise, deprived of these three points, the club is only seventh, overtaken in goal average by Vannes and Agen.