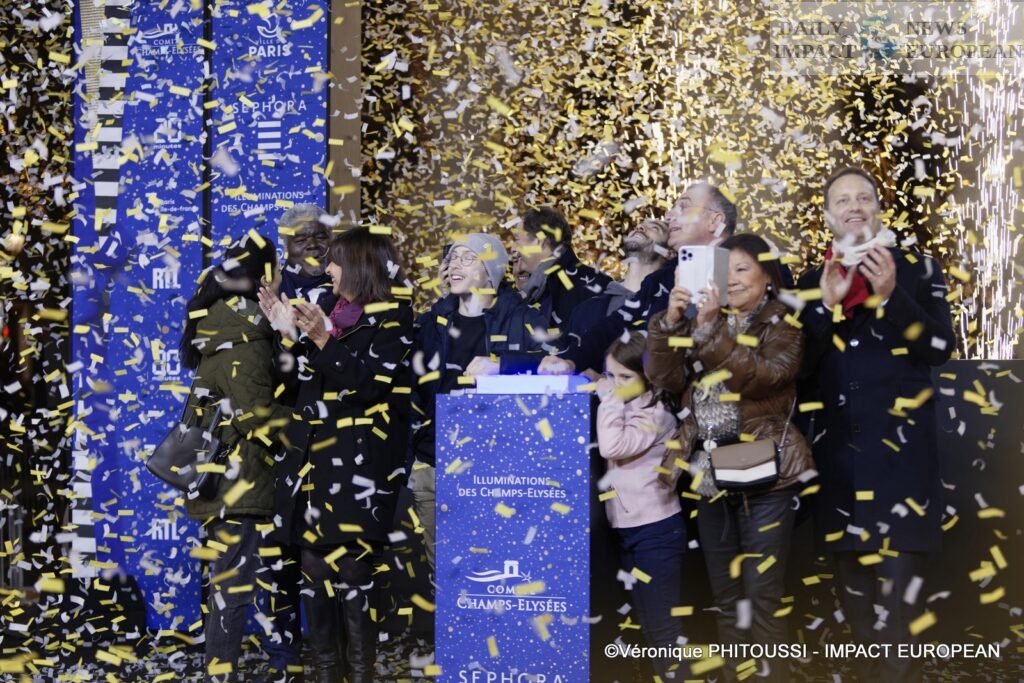 At 7:01 p.m., two children from the "Petits Princes" association and Tahar Rahim, sponsor of this new edition, lit the Christmas decorations in Paris on November 20, 2022.

At 7:01 p.m., two children from the “Petits Princes” association and Tahar Rahim, sponsor of this new edition, lit the Christmas decorations in Paris on November 20, 2022.

Louane, sponsor of the 2020 edition, in partnership with Sephora, will be present this Sunday for the very first lights out two hours later. Every day, the Avenue des Champs-Elysées will be illuminated from 5 p.m. to 11:45 p.m., one week less than in previous years.

Marc-Antoine Jamet, the president of the Champs-Elysées committee, is also secretary general of the luxury group LVMH informed that this new scenography, called “Sobrillance”. All this done in order to respect energy sobriety. Marc-Antoine Jamet explains that stopping “the Illuminations” earlier will make it possible to achieve 44% energy savings over the period.

400 trees lit up 400 meters away, with golden tones and intermittent flickers to recall those of the Eiffel Tower. A new cycle of golden color made with Led bulbs is the first of the series. The Trees look like balloon-shaped wine glasses with this new lighting.

Blachère Illuminations, a company already solicited during two previous editions, took care of the management of the garlands on the 400 trees.

Many Ile-de-France residents and tourists had made the trip to attend the illuminations while enjoying the music mixed by a DJ and a Fanfare.

Christmas will be celebrated with dignity, on December 24 and 31, celebrations are planned all night long. Indeed, to everyone’s delight, fireworks and musical entertainment are back for New Year’s Eve this year.