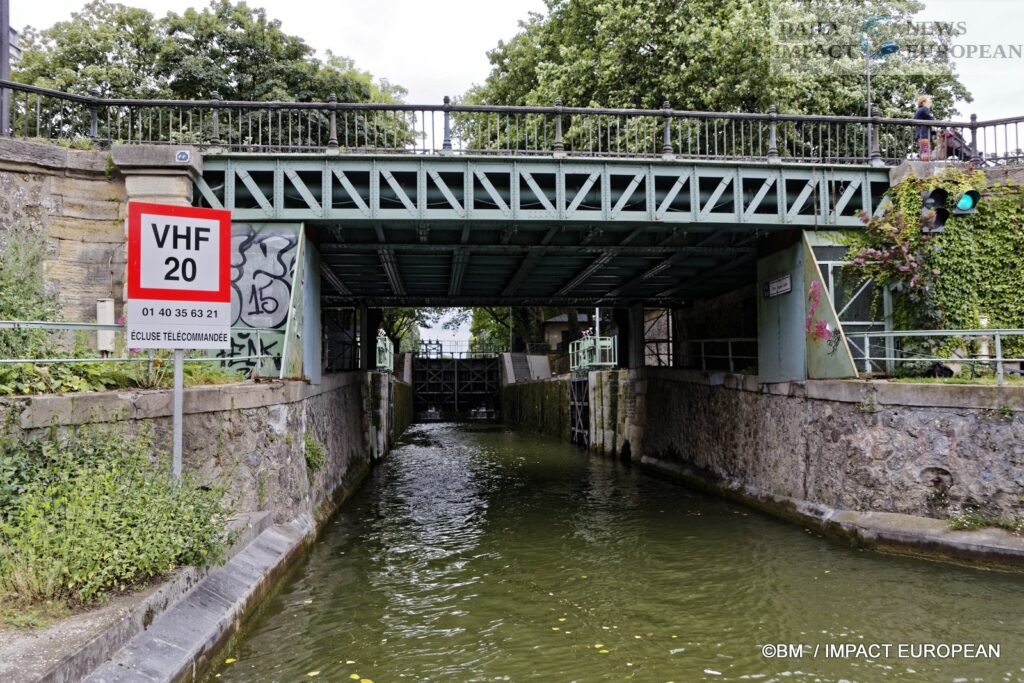 To celebrate the 200th anniversary of the Parisian canals, many events are organized, whether cultural, sporting or festive.

To celebrate the 200th anniversary of the Parisian canals, many events are organized, whether cultural, sporting or festive.

For one year, from summer 2021 to summer 2022, Parisians and tourists were able to discover part of the history of the capital, along the banks, during walks or on a picnic.

The Parisian canals, property of the city of Paris and Parisian historical heritage, extend over 130 km of waterways, in inner Paris but also in the Ile-de-France departments of Seine St-Denis (93), Seine -et-Marne (77), Oise (60) and Aisne (02).

There are 3 main canals that cross the capital, the Canal de l’Ourcq, the Canal St Denis and the Canal St Martin. Made all 3 on an idea of ​​Napoleon Bonaparte, when he was First Consul, their construction began in May 1802 after the signing of the decree. Their inauguration took place in 1813, 1821 and 1825 respectively.

At the beginning of the 19th century, Napoleon Bonaparte, on the advice of Chaptal, had the idea of ​​creating waterways with the aim of supplying the capital with drinking water and facilitating the transport of goods and people. This is how a diversion channel from the Ourcq river to a city basin, located near the village of La Villette, was built. The construction projects of the 2 other canals, St-Denis and St Martin were simultaneous. The first connects St-Denis to the Bassin de la Villette and allows for smoother boat traffic, it avoids the meanders of the river. The second makes the link between the Seine, at the level of the Arsenal, and the Bassin de la Villette. In total, the work lasted 23 years due to the vagaries of political events.

The Canal de l’Ourcq is the longest of the 3 canals. 97 km long, it connects the Bassin de la Villette to Mareuil-sur-Ourcq in the Oise.

The idea of ​​building a canal to supply Paris with cereals and wood for heating and construction, germinated in the 15th century, under the reign of Charles VI. Since then, several projects were studied before the Revolution but did not succeed. The final decision fell to Napoleon Bonaparte in 1802.

After more than 3 years of discussions on the layout and dimensions, work began in 1806 at the Bassin de la Villette under the direction of Pierre-Simon Girard. The work was completed in October 1808 and the water from the Ourcq was able to beautify Paris thanks to fountains, rue de Sèvres or place du Châtelet. The Austrian occupation stopped the work. Finally, the opening of the Mareuil-sur-Ourcq canal in Paris took place at the end of 1822. With the inauguration of the St Martin canal in 1825, the 3 canals formed a single network.

During the Second World War, many bridges were destroyed and then rebuilt. The last 20 years of the 20th century saw the construction of the Paris-Arsenal Marina (1981-1983), the reconstruction of the Vuigner locks (1991-1998) and the establishment of hydraulic supervision of the canal.

The renovation and automation of the Tribardou lifting plant and the restoration of the historic machine in Sagebien date from 2014-2015.

The bicentenary of the Canal de l’Ourcq was celebrated this year.

6.6 km long, the St Denis canal connects the roundabout of the canals, near the Bassin de la Villette to the Seine, at Ile-St Denis. It crosses the 19th arrondissement of Paris, Aubervilliers and St-Denis.

The St-Denis canal was created by Napoleon Bonaparte, at the same time as the Ourcq canal in May 1802. Its construction began only in 1805 and ended in 1821, the year of commissioning.

From 1890, there are significant changes starting with its width to allow access to large barges. In 1895, the number of locks went from 12 to 7 thanks to the Pont de Flandre lock, the installation of which replaced the previous 4 locks and made it possible to make up for 10 meters of drop out of the 28 that make up the route of the canal.

The St-Denis canal has an industrial vocation thanks to its numerous freight ports (construction materials, cuttings, production of ready-mixed concrete, etc.). Freight traffic fluctuates between 500,000 and 1 ton transported. In addition, it regulates water bodies by discharging surpluses from the Canal de l’Ourcq into the Seine.
It also offers the possibility of cycling, rollerblading, walking or boating. A marked route leads to the cathedral.

Urban art was invited to its banks during the summer of 2016 thanks to the works and graffiti of around thirty artists who collaborated on the project initiated by the Plaine Commune Tourist Office, including Alexandra Arango, Astro, Joachim Romain, Julia Lopez, Jungle, Marko 93 or even Bastos. These works are still visible between La Villette and the Stade de France, on the “Street Art Avenue”, in free visits or guided walks on certain dates.

Like the Canal de l’Ourcq, the Canal St-Denis is celebrating its 200th anniversary this year.

4.55 km long, the St Martin canal crosses the 10th and 11th arrondissements. It connects the Port de l’Arsenal to the Bassin de la Villette with 2 km underground, with numerous structures including 4 bridges (2 fixed and 2 rotating), 5 cast iron footbridges and 9 locks including the Récollets lock. Because of its route, the canal has recovered some of the water from the Parisian sewers. The waters of the Faubourg St Martin join it at the level of the Bassin des Morts then it follows the route of the old sewers to the Seine.

Just like its big brothers, the St-Martin canal was built on an idea of ​​Napoleon Bonaparte, between 1822 and 1825, with the aim of transporting goods and supplying the capital with drinking water.

Along the banks, one can discover the famous “Hotel du Nord” which inspired Marcel Carné, but also century-old trees and romantic places for picnics and festivities. Because of its layout, warehouses, flour mills or glass factories have been established on the banks.

Under the Second Empire, the level of the canal was lowered by 6 meters and a section was covered. the boulevard Jules Ferry was born from the opening of the vault of the Temple and the boulevard Richard Lenoir.

Freight traffic having decreased after the war, following the development of the automobile, the municipality had thought, in the 1960s, of transforming the canal into a 4-lane urban highway, but the project was abandoned for lack of investment.

Today, the St-Martin canal has become a trendy place, commercial transport has been replaced by pleasure boats or tourist cruise ships.