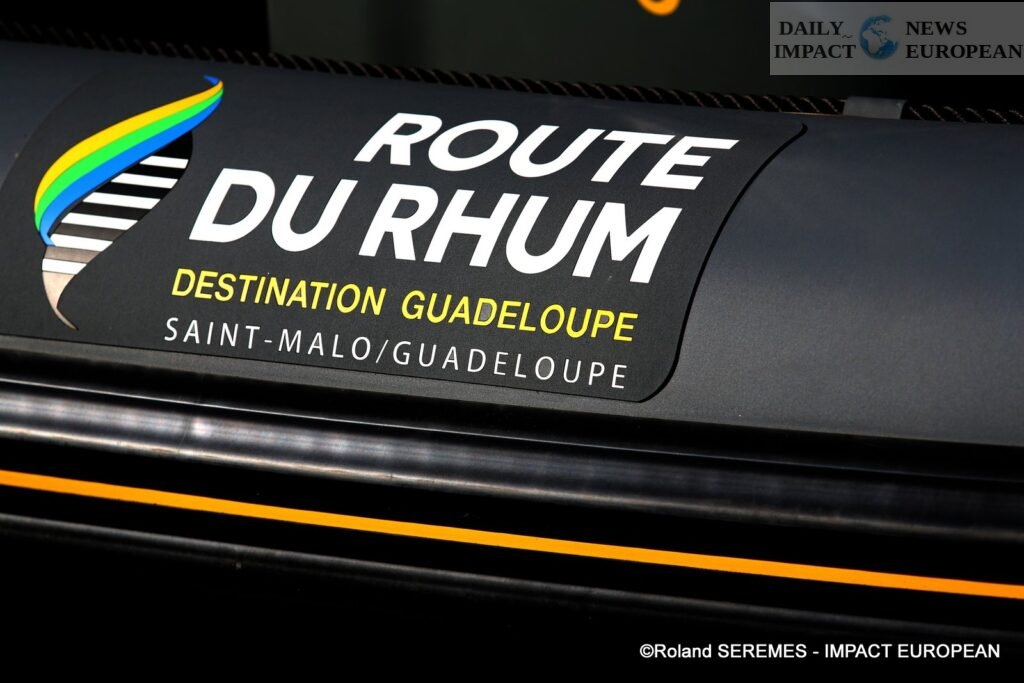 Its first edition was held in May 1978

The story of its name began 3 years earlier, in order to restore Guadeloupe’s image after the 1976 eruption of La Soufrière. rum from Guadeloupe. It was created after the decision of the English to limit the size of the boats to 17.06 meters.

In 1978, Michel Etevenon, a Parisian advertiser and entertainer, planned to create “La Route du Rhum-Destination Guadeloupe”, the queen of single-handed transatlantic races. It has been based for 44 years, from St Malo in Brittany to Pointe-à-Pitre in Guadeloupe, and gathers on the same starting line on the largest plateau in ocean sailing. Every 4 years, the big names in sailing, professionals and amateurs, come together to take part in this mythical transatlantic race of 3,542 nautical miles, or 6,562 km. The first to arrive in Guadeloupe won. Furthermore, it has been decided that the Route du Rhum will take place every 4 years, alternating with the Vendée Globe, the other major French race.

This year, for the 12th edition, the 138 solo sailors, men and women, set off on Wednesday November 9, after a 3-day delay due to weather conditions. the tip of Grouin in Cancale (35). The skippers then sailed along the Emerald Coast to the Cap Fréhel buoy. Which of them will break the record of 7 days, 14 hours, 21 minutes and 47 seconds for a crossing of 3,542 nautical miles.

– The route of the Route du Rhum stretches between Saint-Malo and Pointe-à-Pitre with 5 crucial points on which skippers will have to be vigilant.
– The English Channel and its traffic: Merchant and fishing traffic does not stop because of races.
– The Bay of Biscay: With the low pressure system and the sea it will raise, the gulf will be a tricky passage.
– The trade winds! These winds which can exceed 25 knots can make the sea chaotic
– The Sargasso Sea: Vigilance in the face of the movements of the increasingly numerous banks of Sargassum (algae which accumulate on the surface)
– The tour of Guadeloupe; complicated tour with the return to Basse-Terre to roll up the buoy, placed close to the coast.

From where could we see the departure?

On the Emerald Coast, spectators had several possibilities to follow the start.

The start was given from the Pointe du Grouin. The skippers then sailed along the Emerald Coast to the Cap Fréhel buoy (site classified as a Grand Site de France and Zone Natura 2000, prohibited for private vehicles)

To attend the arrival in Pointe-à-Pitre, 3 sites welcome visitors between November 9 and December 4.

In Guadeloupe, three villages will be set up between November 9 and December 4, 2022

The Caribbean Center for Expressions and Remembrance of the Slave Trade or Memorial ACTe will be on the site of the main arrival village of the Route du Rhum in Pointe-à-Pitre. Located in the harbor of the city and on the site of a former sugar factory, the village will host amateur shows for 24 days.

The first edition was marked by the arrival of Mike Birch’s small trimaran and Marc Malinovsky’s large monohull with a difference of only 98 seconds. The transatlantic was signaled by the disappearance of Alain Colas in 1978 and that of Loïc Caradec in 1986. It also allowed Florence Arthaud to be the first woman to beat the men. The professional-amateur mix makes this race a mix that allows SMEs to be visible, without breaking the bank, on such an event.

A candidate from afar

A skipper from China is participating for the first time in the 12th edition of the Route du Rhum. This is Jingkun XU, Imoca category with her boat China Dream Haiko. On social networks, he pulverizes the scores with 23 million followers. for the various satisfying courses he participated. One of them got 18 million views.

Jingkung XU is from Qingdao in China. Having lost his left hand in an accident when he was 12, he decided to turn to the sea. In 2005, he joined the Chinese national sailing team and competed against able-bodied athletes. In 2008, he participated in the Paralympic Games in his hometown and ranked 10th in Sonar. He then goes on a single-handed circumnavigation of the China Sea, followed by other courses. Became one of the pioneers of single-handed ocean racing in China. In 2015, he took 37th place in the Mini-Transat in Series. Thanks to a Finot-Conq plan, acquired in 2007, he plans to sail around the world alone in 2024. To achieve his goals with his 60-foot boat, he is taking part in the Route du Rhum this year and hopes to complete this adventure.

The first Route du Rhum dates back to 1978. Here are the winners of the event since its creation: