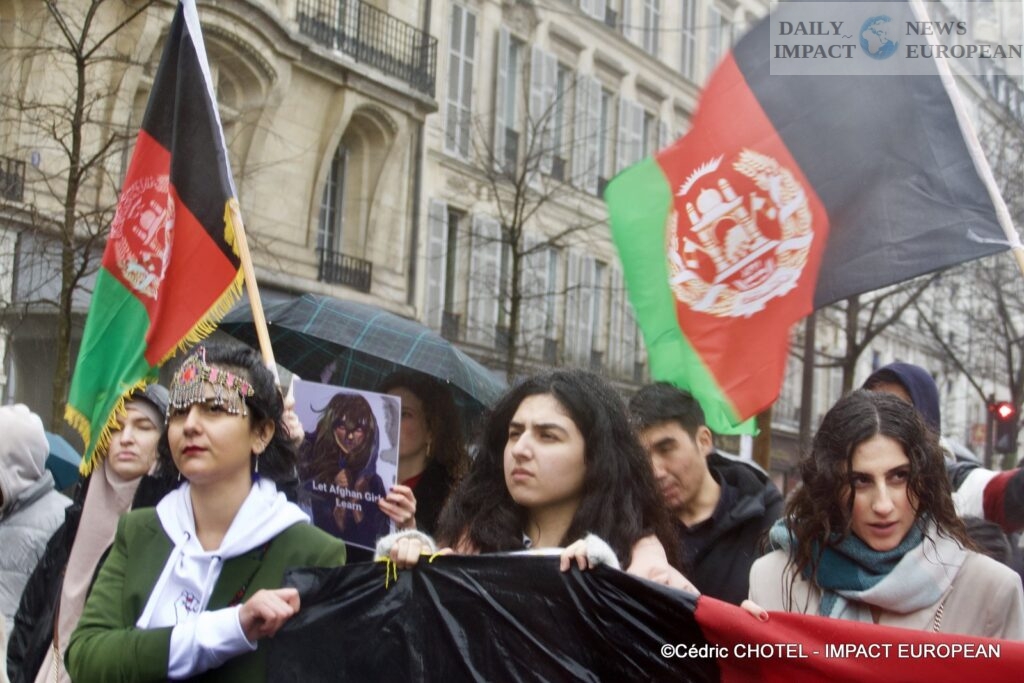 A date that pushed women, increasingly deprived of rights, to flee the country and come to France.

The Afghan community mobilized on Saturday January 14 to demonstrate and ask for support from the UN and human rights.

A mobile demonstration took place on Saturday January 14, on the Republica – Bastille axis, to demonstrate a year and a half after the return to power of the Taliban in Afghanistan.

A date that pushed women, increasingly deprived of rights, to flee the country and come to France.

On Saturday January 15, hundreds of Afghans demonstrated in the center of Paris, a year and a half after the return to power of the Taliban in Afghanistan. The country is still isolated, and is sinking into economic, energy and humanitarian crises. The UN also called on this day not to forget Afghan women and girls who are increasingly deprived of their rights in Afghanistan.

Afghanistan is still today one of the most dangerous countries in the world and the worst country to live in as a woman (GIWPS Index). Afghan women are disproportionately affected by instability and conflict and their rights are regularly violated. Afghan women suffer daily from many social violence (physical and moral). Indeed, sexual violence, the exchange of women and girls as a solution to conflict resolution (the baad), kidnappings, forced or early marriage, violence within the home, or even attacks or Public threats are still common across the country.

Under the Taliban (1996-2001) and the return to power in 2021, women were deprived of all public existence: Afghan women no longer had any rights, were reduced to a role of “procreator” and they could no longer go out from home without a burqa and without being accompanied by a man.

While progress has been made since 2001, particularly in terms of girls’ education, women’s employability and their involvement in political life: the prevailing insecurity in Afghanistan, the State’s weak commitment to strengthening of the role of women, corruption and the strong traditions of a patriarchal, religious and customary society hinder efforts to strengthen women’s rights and their role in society.

The intensification of the conflict following the announcement of the withdrawal of Western troops has led to an increase in civilian casualties and Afghan women are the first victims: the year 2020 marks the highest number of women killed in a single year since that the United Nations Assistance Mission in Afghanistan has started recording civilian casualties.