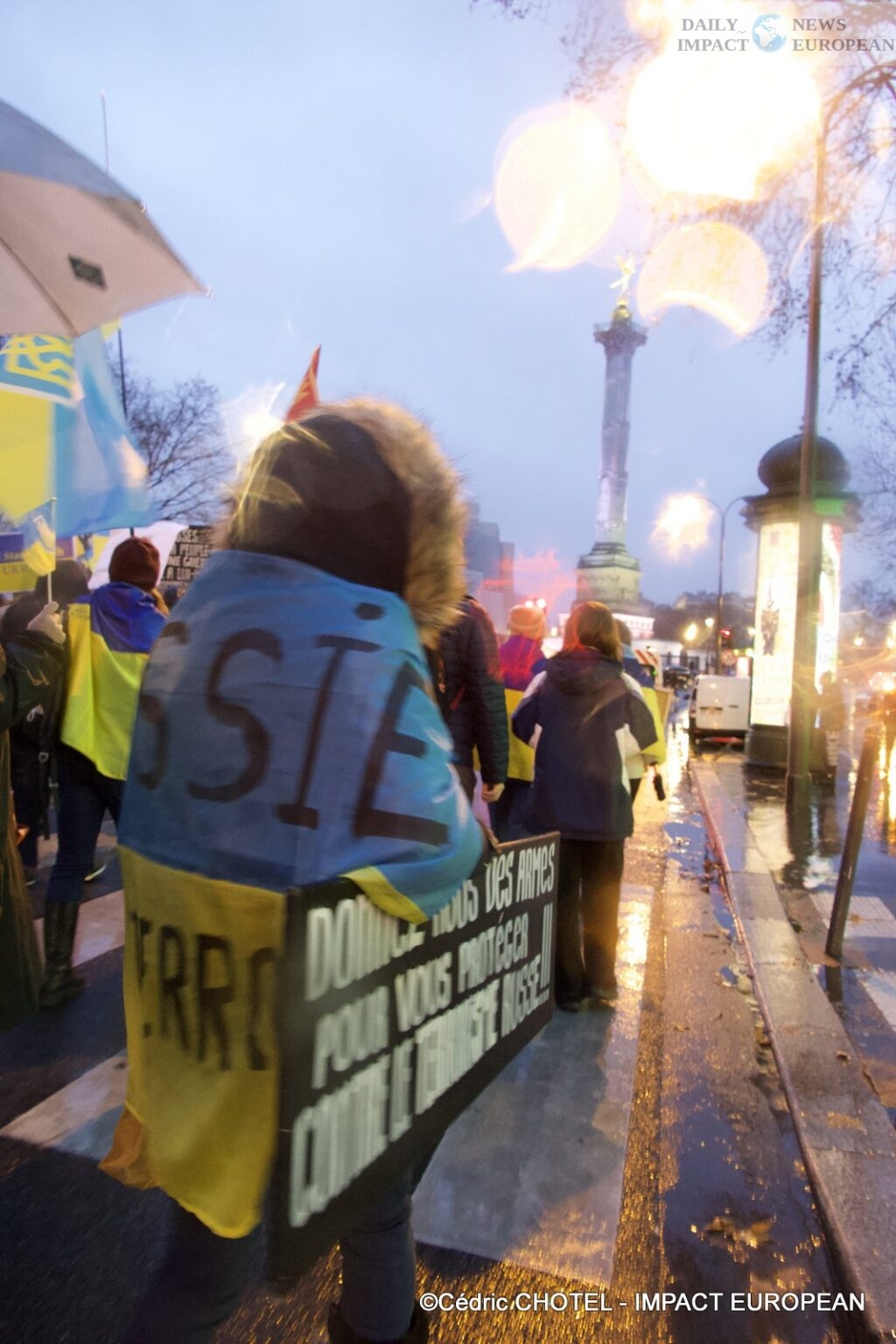 Demonstrations of support for the Ukrainian people have since been frequently organized in many cities in France.

The Ukrainian community demonstrated on Saturday during a march of the Republic to the Bastille, asking for the support of France to provide them with more weapons in order to neutralize the Russian army and President Vladimir Putin.

Ukrainian women demand freedom, dignity, democracy and the unification of the territories that belong to Ukraine. They are forced to leave the country in these extremely tense moments between Ukraine and Russia, following the war which began last February. Each of us has a family, we are mixed as a nation, we have husbands, fathers or even brothers-in-law who are Russian, Putin does not understand that what he wants will not come true, or only s he wants to start a third world war, explains a demonstration called Tatiana.

Demonstrations of support for the Ukrainian people have since been frequently organized in many cities in France.

The capital has set up a whole network of measures with the State, institutional actors and associations to welcome Ukrainians fleeing the war and provide them with emergency solutions (psychological support, accommodation, medical aid, French lessons, etc.).

They oppose the war in Ukraine and denounce the military operations carried out by Russia for several months. Several hundred people gathered in Paris this Saturday in support of the Ukrainian people.

Numerous demonstrations of solidarity with the Ukrainian people are again organized on Saturday afternoon at the Place de la République in Paris in a yellow and blue procession, the colors of Ukraine, heading towards the Place de la Bastille, to protest against the invasion of Ukraine by Russia and say “no to war in Europe”, to the call of several organizations.

Today, the Ukrainian community asks for the support of human rights, the UN, the EU, to save Ukrainian children in this time of war between Russia and Ukraine, knowing that some are sick or even that others cannot continue their studies in such situations.