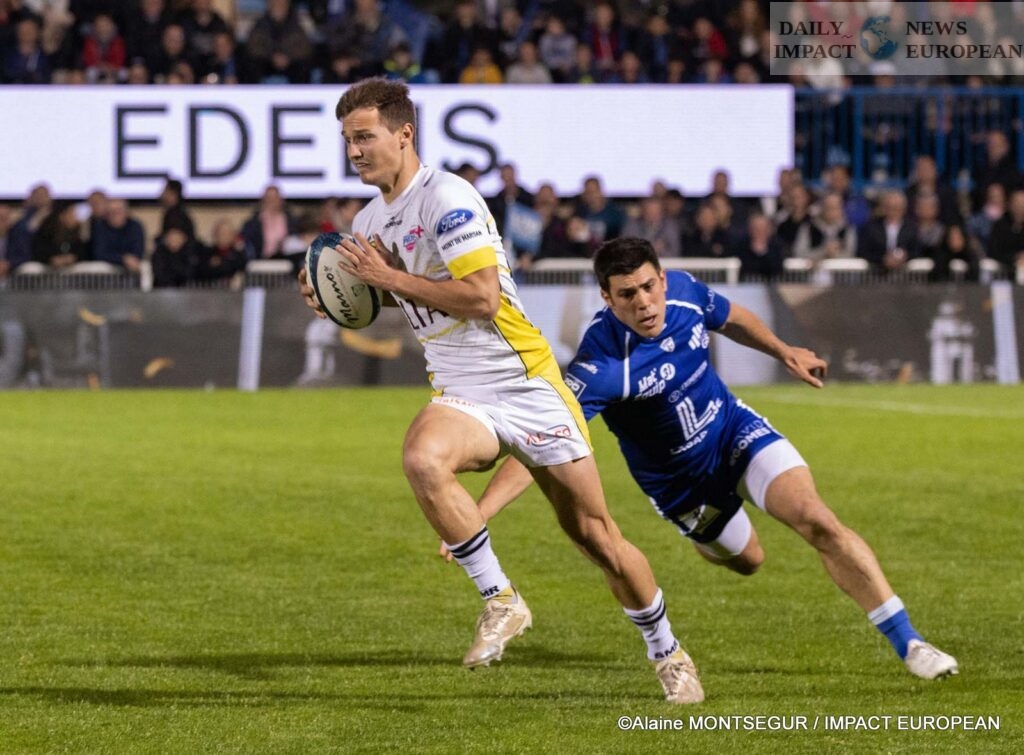 For the reception of the championship leader, with the ambition to strengthen its place in the Top 6, Colomiers offers a quality team

For the reception of the championship leader, with the ambition to strengthen its place in the Top 6, Colomiers offers a quality team.

The two teams make their debut on the lawn of the Michel-Bendichou stadium, in front of an audience who hope to see their team strengthen their second place in the standings! At 30 meters on the left, Coly opens the scoring in this meeting. Colomiers 0-3 Mont-de-Marsan.

On receiving a game at the foot of pressure, Laousse-Azpiazu avoids two tackles and leaves at 100 an hour in the opposing camp before serving Mensa on the wing. The Mons center is boxed up by Ricard in a ruck and recovers a penalty.

Test for Colomiers! After going up almost 50 meters, on the initiative of Compagnaro, the ball goes on the right wing where the gap allows Rokoduguni to register the first try of the meeting. Colomiers 8-3 Mont-de-Marsan.

Colomiers came back very strong in this second period and clearly takes the current game on his account. At 10 meters in front of the poles, Girard adds three points. Colomiers 20-13 Mont-de-Marsan. And it’s Campagnaro’s turn to cross the goal line after two offers in the first period. The Italian makes the break for his team. Colomiers 25-13 Mont-de-Marsan.

The Montois are very undisciplined and already commit a 4th fault in this second period. Girard transforms the test. Colomiers 27-13 Mont-de-Marsan.

Mont-de-Marsan is patient and raises his head a little, with a penalty from Coly which reduces the gap a little more. Colomiers 27-23 Mont-de-Marsan.

At the end of the suspense Colomiers still manages to win against the leader Montois, who falls for the first time in 8 games. Colomiers 27-23 Mont-de-Marsan.

Launched in the race for fourth place which requires a faultless performance on their part, the Columérins, 6th at kick-off, challenged the astonishing leader Mons. A big challenge.

Today USC remains in 5th place in the ranking, as for Mont-de-Marsan headlining the first place.

Paris Marathon: 44th edition this Sunday in the streets of Paris, the record broken by the Kenyan Elisha Rotich