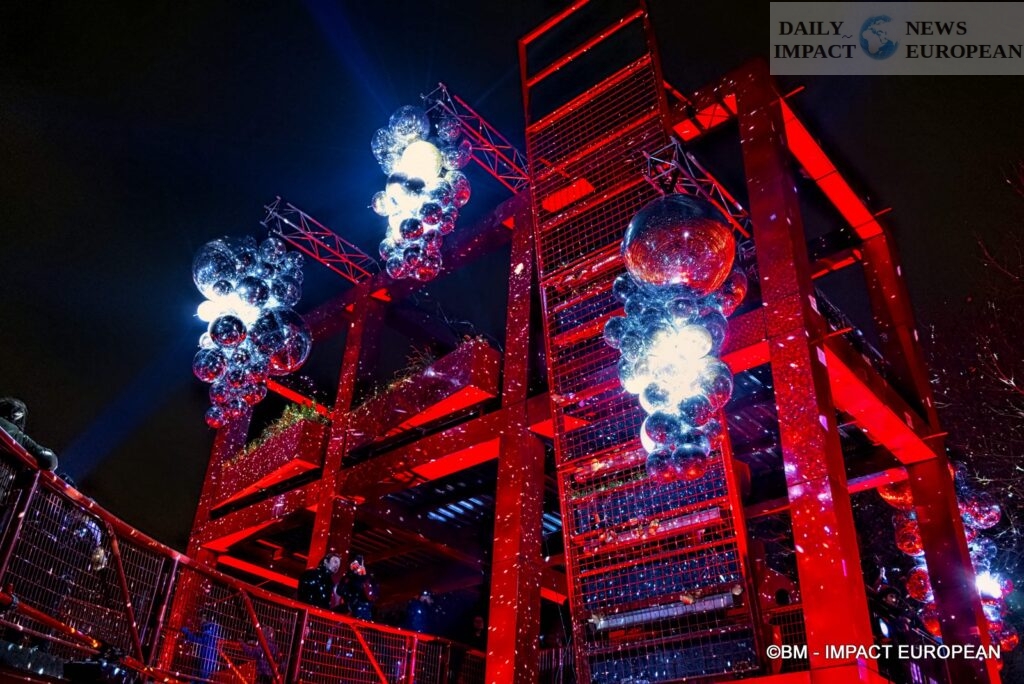 As every year, the end-of-year celebrations allow Parisians and tourists to discover magnificent illumination shows in parks such as the Jardin des Plantes (75005), the Parc de la Villette (75019) or even of the Floral Park of Paris-Vincennes (75012).

It is also an opportunity for department stores to organize themed shows in their windows. The Christmas holidays also allow you to visit the Christmas markets to buy original gifts and warm up around a cup of mulled wine and other delicacies.

Along the aisles, works appear, some of which have been created especially for the park, in an eco-responsible spirit. “Lumières” is associated with Ludik Energie for an interactive experience that amazes young and old.

The show is made up of installations using LED lighting, low-consumption lasers and eco-compatible materials. It was designed in compliance with national guidelines for energy sobriety. It characterizes the position of the park on ecological issues for 20 years, with the preservation of biodiversity in the urban environment, the improvement of waste treatment and the renovation of buildings.

– Firefly field: Located in the Prairie du Triangle, transformed for the occasion into a field of fireflies, this work presented in collaboration with the Fête des Lumières de Lyon, was designed by Studio Toer based in the Netherlands. This hypnotic installation consists of hundreds of small moving lights bathed in a poetic atmosphere.
– Drawn in light: It is also Prairie du Triangle that we find this work produced by Ralf Westehof who also comes from the Netherlands, in collaboration with Light Art Collection of Amsterdam. It is a mobile of 13x13x11 meters, in stainless steel, powder coated and LED spotlights. reproducing a view of a street in Amsterdam. Presented for the first time in France, this unique performance made the artist known throughout the world: in Belgium, Romania, Sweden, England, Israel, Singapore and Taiwan. This is an enlargement, 22 times larger, of a 60 cm model, originally.
– Forbidden Fruit: Imagined by ACTLD in Belgium, this work is installed Parvis de la Folie Belvédère. Composed of a disco ball almost 3 meters in diameter and many small balls of different sizes. Presented in Paris for the first time, this visual and sound installation makes spectators dream. ACTLD has been working for 25 years in the concept of avant-garde lighting using the latest technologies, multimedia and visual storytelling. Design, Art and Innovation are the hallmarks of ACTLD.
– Aftereal: Designed in Japan by renowned artist Yasuhiro Chida, Afteral is located Prairie du Cercle Sud. For the first time in Paris, this visual and sound installation is a mixture of UV light projections and moving wires. The artist has presented his work in Japan and Germany.
– Singing Light: This playful interactive installation of the LAPS group based in Montreuil near Paris, is placed Allée Nord-Sud. Lights, activated by visitors who sing to an evolving musical base, illuminate a tree. The intensity of the lighting depends on the accuracy of the singing and not on the sound volume.

– Constellation: Special creation designated in 2021 for La Villette, Constellation was realized by 1024 Architecture, based in Paris. This work which staged the Canal de l’Ourcq is presented for the second time at the Festival des Lumières with a modified and enriched version, synchronizing laser projections and soundtrack. By mixing energy and interaction, 1024 Architecture creates an immersive world made of abstract geometry, lights and movements.
– Les Poussières: Participatory installation located in the Jardin des Miroirs, “Les Poussières” is a link with the Lantern Festival, an unmissable annual event, organized by Little Villette at the Parc de la Villette. This year, the inauguration of the event took place on December 10 and then took place from December 15, 2022 to January 1, 2023, from Tuesday to Sunday, from 5 p.m. to 11 p.m. Participatory luminous work, “Les Poussières” tells the story of the Parc de la Villette.
– The Vélosapin: This year the company Ludik Energie, based in Rennes, collaborated in the realization of a tree different from the others, enthroned forecourt of Little Villette. A great first since the lighting is produced thanks to visitors who pedal on bicycles, a truly eco-responsible operation to produce electricity and reflect on energy consumption.