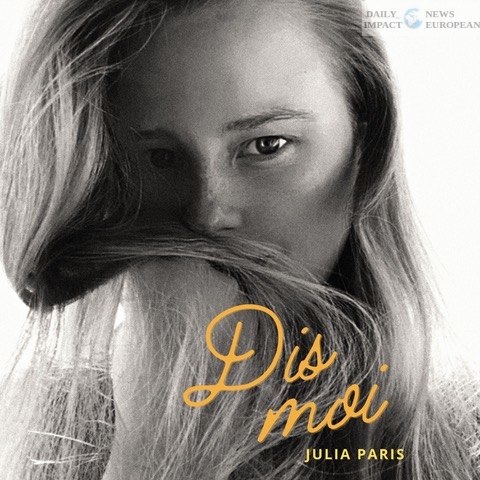 For the end-of-year celebrations, Julia Paris offers a nice gift to all those who love and follow her, by presenting her latest single "Dis moi".

For the end-of-year celebrations, Julia Paris offers a nice gift to all those who love and follow her, by presenting her latest single “Dis moi”.

The release of this single is a return to music for Julia Paris who took a break to devote herself to writing her book “L’Imprévu”.

Through the single “Dis moi”, the public will be able to rediscover the sounds and authenticity of the writing of this 26-year-old singer, recognized thanks to her title “Fugue en Italie”, her duet “Je n’aime que toi” with Alain Delon” and his album “En Vol”.

The release of this new title comes 4 years after that of the duo “Je n’aime que toi”.

In 4 years, Julia has established herself in the landscape of French song as a singer-songwriter and performer. Through this exclusive title, she demonstrates her passion and her love of life.

This new single mixing guitar and voice is intimate and timeless. As before, the singer chose Yacine Azeggagh for the musical accompaniment. For this title, she also offered guitar sounds from Guitarras Bros, which underline the depth of the text.

“Tell me” is a beautiful confession, a modest declaration of love to a being you want to keep close to you.

As a reminder, Julia has a hundred compositions to her credit. In 2010, when she was only 14, she became the youngest lyricist registered with SACEM.

In 2017, she wrote shows in English and French, then joined Claude Lemesle’s writing workshops and worked with artists from the Universal label.

A career as an interpreter

Her meeting in 2018, with Alain Delon with whom she performed a duet “Je n’aime que toi” on music by Rick Allison, was decided for her career and in 2019, she created her own label “Productions Liberté (R) which is at the origin of his first EP of 4 titles.The main title “Fugue en Italie” in collaboration with Yacine Azzegagh was released in 2020 and will then be recorded in Italian thanks to a collaboration with Margherita Oscuro for the texts.

It is the beginning of the recognition of the musical environment thanks to the concerts where she participates like the “Rosé Day” in St-Tropez or the “Summer White Party” in Corsica.

After the release of her first album “En Vol”, she shared the “Musical Encyclopedia” project at the Russian Center for Science and Culture in Paris.

In 2021, Julia Paris takes a new course by deciding to write a book, “L’Imprévu” which will be released exclusively on Amazon in June 2022. It is the story of an adventure mixing fiction and reality during a cruise in Mediterranean.

December 2022 sees his return to music with the new single “Dis moi”. We wish him as much success as for his previous titles and more nice surprises.