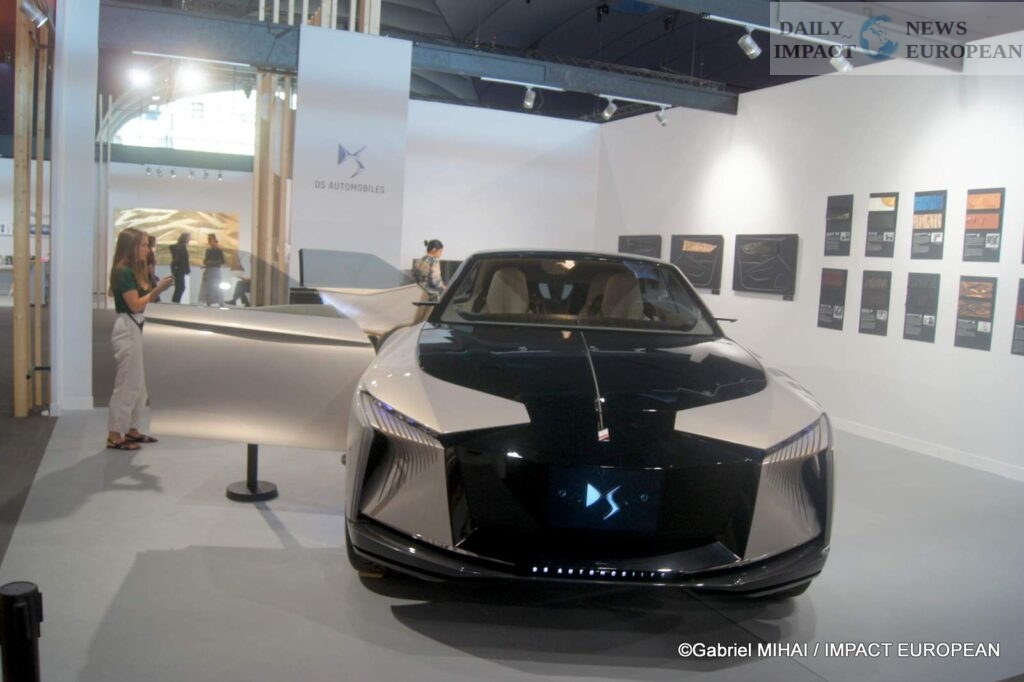 The European Union is on the offensive to recover from China's handicap in terms of production capacity for batteries for electric cars. On the "European GWh plants" map, the largest projected capacities are in Germany, France, Italy, the Nordic countries and Central and Eastern Europe which they are trying to catch up.

The European Union is on the offensive to recover from China’s handicap in terms of production capacity for batteries for electric cars. On the “European GWh Plants” map, the largest projected capacities are in Germany, France and Italy, and the Nordic and Central and Eastern European countries are trying to catch up.

Romania, after losing the start of several European projects dedicated to new technologies for the automotive industry, will enter the market for batteries and microelectronics for electric cars.

At the same time, Hungary will become a competitor in Eastern Europe to obtain a monopoly in the automobile industry with China as an investor.

But how far does the involvement in the modernization of the technological system and the power supply (with electric battery) go, given the reduction in pollution but also the price of oil sold today.

We are trying to reduce pollution and abandon oil, but we will use coal for energy supply. What is the advantage, or who stands to gain, if we give up fuel and use electricity, in the automobile industry, energy produced with coal and which in turn pollutes the atmosphere with carbon dioxide.

In any case, we try to improve the ecological system and the ecosystem, even if we do not reach a constantly reduced value, because there are no viable alternatives yet.

It is no coincidence that Germany and France rose to 2nd and 3rd place, ahead of the United States, which reached 4th place in the E-Mobility Index 2021, produced by Roland Berger to measure the performance of the electric car market.

To reach these places in the ranking, Germany and France have installed electric terminals and set up stimulation by methods of aid and recovery of cars that do not comply with the regulations and are over 20-30 years old. Projects proposed by the government to stimulate the increase in purchases of electric cars, granting up to 5000 – 8000 euros.

In Germany, capacities are projected that could reach battery production for a total consumption of 270 GWh/year in 2030, i.e. more than a quarter of the total production of the EU + Great Britain + Norway.

Projects in France currently amount to 125 GWh, according to estimates by Roland Berger.

Germany, France and Italy would concentrate more than half of future battery production if the current proportions were maintained.

On the other hand, the Chinese and South Koreans are also part of the European offensive

The Chinese are directly involved in Germany, in particular via the world leader CATL (Contemporary Amperex Technology Co. Ltd., up to 100 GWh), but also via two other players. In France, the Chinese company Envision AESC has the second largest project.

Poland relies on the South Koreans of LG, and Hungary on those of Samsung, SK Innovation and the new competitor which will be set up, CALT.

The biggest investment in Hungary’s history to date will be made in Debrecen, where China Contemporary Amperex Technology Co. Limited (CATL), the world’s largest battery producer, will build its second factory in Europe, the first being in Germany, an investment of around 3,000 billion forints (more than 7 billion euros).

The negotiations lasted more than two years, after which the factory of the CATL company will be built on an area of ​​221 hectares, thus creating approximately 9,000 new jobs.

The plant will be built in the southern industrial park of Debrecen and will supply cells and battery modules to European car manufacturers.

As the Hungarian plant will be close to the car factories of some of its customers – such as Mercedes-Benz, BMW, Stellantis and Volkswagen – CATL will be better able to meet the demand for batteries in the European market.

CATL’s European customers have welcomed the new project. Markus Schäfer, Member of the Board of Management of Mercedes-Benz Group AG, Technical Director responsible for development and purchasing, said CATL’s new European plant in Hungary represents another step in the expansion of electric vehicle production , Rador writes.

China now accounts for 77% of global lithium-ion battery cell production and Europe for 6%.

The beginning of the European Commission’s policy to catch up with China was more difficult, as usual when it comes to reforms in Europe.

The channels through which to apply a preferential state aid policy for batteries were first created.

In 2017, the European Battery Alliance was formed, but it was not until December 2019 that the European Commission approved €3.2 billion in state aid, jointly notified by 7 member states – Belgium, Finland, France, Germany, Italy, Poland and Swedish research and innovation targets all segments of the battery-specific value chain.

A year later, the Commission catalyzes the formation of another alliance of companies in the field, “European Battery Innovation”, and approves state aid of 2.9 billion euros, for projects in 12 Member States . The Battery Innovation Alliance includes 42 companies from 12 countries.

Through the two projects, the objective was to attract private funds which would lead to total investments of 20 billion euros.

Romania is not a member of any of these alliances, which are – in fact – channels for stimulating private investment in order to apply development policy on the ground.

Romania is still looking for “institutional solutions” to join, according to some government officials.

However, the German company Dräxlmaier will invest 200 million euros in Timișoara, over the next six years, in the first battery factory for electric cars in Romania. There is no information on any state aid, but Germany’s plan was to absorb €1.25 billion in state aid approved under the auspices of the European Battery Alliance.

The German company had already started production near Stuttgart of the battery system for the Porsche Taycan.

A mega-factory of batteries for electric cars is to be built in Romania, this is happening under the conditions where Romania, even stresses the Minister of Economy Florin Spătaru, has ignored offers to participate in two European projects for the development of this industry, through the IPCEI program, although more than a quarter of the country’s gross domestic product comes from the automotive sector, said the minister, during a conference on the decarbonization of the economy, organized with the support of the German Embassy and several German companies present in Romania.

Important European Projects of Common Interest – is a strategic program of the European Commission that funds innovation in high-impact economic segments.

“There were two projects for which Romania did not even express interest. We managed to cover the last hundred meters of a microelectronics sector, thanks to the first IPCEI project of which Romania is part. We will have investments in the battery industry, in a mega-factory,” said Spătaru, who explained that due to the negotiation of the contract, which is in the finalization phase, he cannot provide details yet.

There is also a memorandum of understanding between government authorities and academia for the development of a curriculum for this innovative segment of the automotive industry. “If we don’t bring production closer to research and development, we fail to create this ecosystem.”

“The automotive industry needs copper, magnesium for aluminum production, it needs rare earths for electric motors, it needs batteries and semiconductors” and the Romanian authorities are trying to develop them, mobilizing the private sector, underlined Florin Spataru.

The Minister spoke at the conference “Decarbonisation of the Romanian economy”, organized by the non-profit association Embassy of Sustainability in Romania, which was also attended by representatives of the European Investment Bank and the IVU, a German institution specializing in transport technology.

Roland Berger estimated in mid-July that EU – UK – Norway battery production would reach “more than 1,000 GWh” (one million kWh) by 2030.

This means more than 38 times more than the current one, or about 26 GWh.

Only three months earlier, an analysis by BIG THINK estimated that this same Europe would reach battery production of 700 GWh in 2028, in the most favorable scenario. It’s almost 27 times more.

Finally, the speed of change is also illustrated by the European Commission’s end-of-year estimate, which forecast EU-UK-Norway production of 500 GWh in 2030.

By comparing the growth rate of European production with that of the world (which includes the first) we see that Europe would have the most prodigious growth.