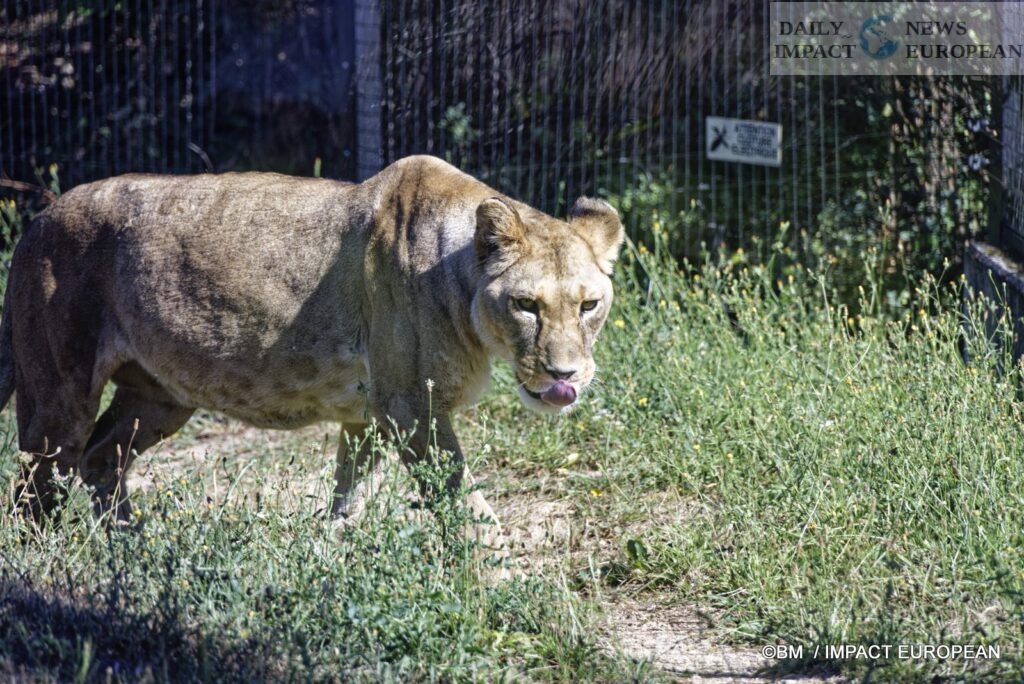 The Zoological Park of Paris is with the Menagerie of the Jardin des Plantes, one of the 2 animal parks located in the capital.

The Zoological Park of Paris is with the Menagerie of the Jardin des Plantes, one of the 2 animal parks located in the capital.

Located in the Bois de Vincennes, to the east of Paris, the Paris Zoological Park, formerly known as the Vincennes zoo, covers 14.5 ha. It is part of the heritage of the Natural History Museum which includes 11 sites in Paris and its region, among which are “the Museum of Man” (75016), the Zoological Park of Paris (75012), the “Galerie evolution (75005), the “Jardin des Plantes, its zoo and its Great Greenhouses” (75005), the gallery of paleontology and comparative anatomy (75005), the gallery of geology and mineralogy….

History of the Vincennes Zoo

In 1860, Isidore Geoffroy St Hilaire, director of the National Museum of Natural History, advocated the creation of an annex to the menagerie of the museum located in the Jardin des Plantes, to study the behavior of animals. A law of July 7, 160 grants 16 ha to the Museum in the Bois de Vincennes, which makes it a plant and animal reserve.

The construction project of the current zoo of Vincennes was born in 1931, during the colonial exhibition where a temporary zoo had been created in the Bois de Vincennes in order to discover exotic animals. Following a growing success, the National Museum of Natural History and the City of Paris have joined forces to carry out this project, drawing inspiration from the Hamburg zoo, created by Carl Hagenbeck in 1907. The architectural construction is entrusted to Charles Lestrone and will last until 1934, the year of the inauguration. The Paris Zoo will serve as a model throughout Europe and the United States.

After fifty years, the facilities have aged and renovation work began in 1994, first at the Grand Rocher. Facilities were closed and animals transferred to other establishments from 2002 to 2004, for security reasons. Only giraffes and the greater apalémur (lemur) remain on the site. In 2005, the park began its work. It closed entirely to the public in November 2008. After 6 years of closure and 27 months of work, the park was once again open to the public in 2014. The enclosures were reviewed and grouped according to 5 themes of major natural environments (biozones).

Since 2017, the Vincennes Zoo has been attached to the “living adaptation” department which manages 3,500 animals. A permanent member of the European Association of Zoos and Aquaria (EAZA), it engages in ex situ conservation by participating in European breeding programs for endangered species (EEP). It is also a member of the World Association of Zoos and Aquariums (WAZA).

In 2021, the park had nearly 2,500 animals of 234 species including vertebrates (mammals, birds, reptiles and amphibians, etc.) and invertebrates (anthropods, molluscs, etc.) with a 4,000m² greenhouse housing an equatorial environment.

Built in 1934, the Grand Rocher is the main element of the zoological garden, it is also called “the Eiffel Tower” of eastern Paris. This 65-meter-high totem houses the interior boxes and the technical rooms. Ditches replace the bars of the cages, thus giving an impression of freedom to the animals in a seemingly natural environment. Mouflons and goats may have resided on the slopes before the renovation work.

This artificial concrete mountain has an elevator that takes visitors up to the summit lookout, from where they can admire the capital. In 1934, this lift was the fastest in Europe. For the bravest, a staircase of 352 steps, indoors and outdoors, leads to the top

The interior of the construction is made of concrete beams which support the structure. On each side, there are 2 suspended water towers which supply the zoo’s basins.

The new zoo is a touristic place but also educational and dedicated to research. It is home to 42 species of large mammals (elephants, giraffes, rhinos…), 74 species of birds, 21 reptiles, 17 amphibians, 15 fish and exotic animals in a natural setting. It also presents endangered species such as the European otter, Humboldt penguins or white rhinos and rare species in captivity (okapi, kouprey, elephant seal, giant panda, etc.). but also less known as wolverines, tapirs or anteaters. The lemur house is home to nocturnal lemurs including the Greater Bamboo Lemur.

Reopened in 2014, the zoo is interested in animal welfare, breeding programs for species in captivity allow the conservation of species. During the works, they were transferred to other parks in France, with the exception of the giraffes, which even had 3 babies, and the Greater Bamboo Lemur. Over the months, new residents arrived such as the Aramis jaguar from Warsaw, zebras from Moscow, puma from Chile, baboons from Edinburgh, a female anteater from Singapore and flamingos from Lyon. Now, the giraffes share their enclosure with greater kudus, ostriches, marabous and crowned cranes.

The entire reconstruction of the park allows visitors to be made aware of nature and the conservation of species. A course of more than 4 km made up of winding paths allows them to immerse themselves in the 5 different biotopes evoking the Patagonian pampa, the Sahelo-Saudi steppe, the marshes and rivers of Europe, the forests of Guyana and Amazonia and equatorial Africa.