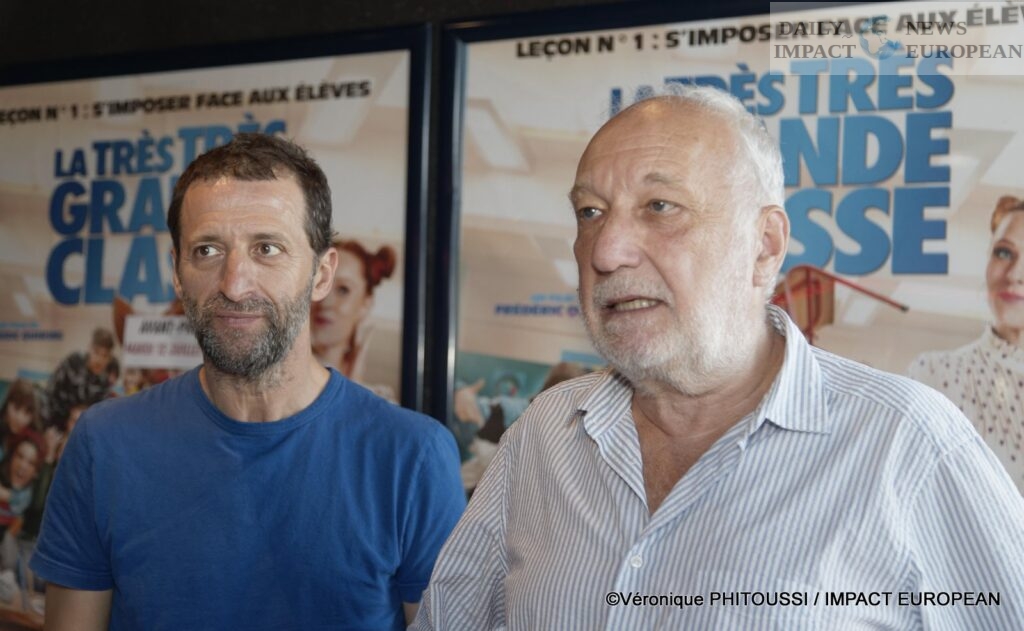 Isabelle MOREAU, the director and owner of the Cinéma d’Agde organized this preview celebrating the 20th anniversary of Traveling “, this Tuesday, July 12th.

Eve Escande, second assistant delegate for culture was present during this interview.

Isabelle MOREAU, director of the “Le Travelling” cinema, spoke with François Berléand about her career in both theater and cinema.

François Berléand noted the fact that he made a film about children every 20 years.

Frédéric Quiring returned to the shooting conditions of this film between two confinements. The director explained in particular that he had to change three times, a young actor sick with Covid, but that on the whole, the young people had behaved like real professionals and that they had respected the instructions when it came to measures. of containment.

The film will hit theaters on August 10. The actors who played in the film are Melha Bedia, François Berléand, Audrey Fleurot, Arié Elmaleh.

François Beréand clarified that it was easier to make people laugh than to make them cry and the actor took advantage of the noise of a backfiring scooter to joke around the farts while specifying that the noises did not come from him, that he also had a farts application on his mobile phone.

Frédéric Quiring, the director recalled the conditions in which he had worked with François Berléand, this one underlined the fact that the actor did not stop making jokes.

Isabelle Moreau, director of the Cinema organized a very nice evening where the exchange, the conviviality, the humor were at the rendezvous for the greatest pleasure of the cinephiles.