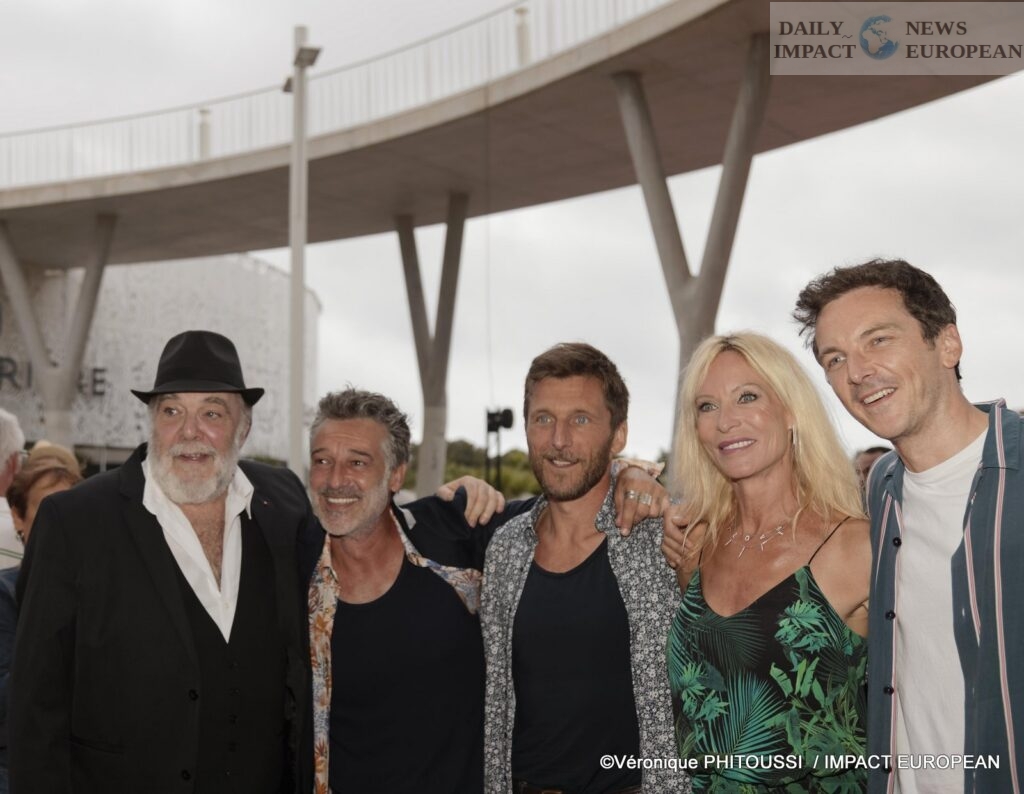 This fifth day of the Hérault Film and Television Festival took place on June 26 with the presence of many personalities from the world of Cinema and Television at the Palais des Congrès du Cap d'Agde Méditerranée.

This fifth day of the Hérault Film and Television Festival took place on June 26 with the presence of many personalities from the world of Cinema and Television at the Palais des Congrès du Cap d’Agde Méditerranée.

This 19th edition “Les Hérault du Cinéma et de la Télévision” allowed the public to attend the “M’acteurs classes” from the morning, to see or discover screenings of previews, series and fictions. The public attended the screening of the “Top des Courts”, the official short film competition, which offered 12 shorts lasting 1h40.

The personalities of the 7th Art marched on the Red Carpet before dropping a note on the posters of this edition and going to the photocall to immortalize these moments of exchange and passion.

The public was able to attend the screening of a new episode of Tandem.
Jérôme Cavaillès, Chief of Staff of Gilles d’Ettore and Olivier Megaton presented Jean-Marc Barr, actor, director, with the Césarion during this evening.

The Caesarion is a bronze statuette, a reproduction of the statue of the “Cesarion”* exhibited at the Musée de l’Éphèbe in Cap d’Agde. This statuette rewards thanks to the support of the Occitanie region and partners, the actors most appreciated by the public for the year.

This moment was precious because Jean-Marc Barr is a discreet actor. The duo Olivier Megaton, director of Le Grand Bleu and Jean-Marc Barr, actor deeply marked this era. The audience gave him a standing ovation.

Spectators were also able to discover the film “Three times nothing”, a 2022 comedy by Nadège Loiseau, which was accompanied by the actor Côme Levin.

Among the guests who came to walk the Red Carpet, the public was able to discover The Tandem team.

The team of the short film “Monsieur Lucien” by Robin Barriere, was present.

All of them came to walk the Red Carpet. Richard Roulet, Saida Jawad, Daouda Keita, Rebecca Hampton, Frédéric Bouraly, Caroline Ventalon and Philippe Caroit, Rebecca Hampton and many others…

Some made autographs and selfies with the public.

The public passionate about the series was enthusiastic by the arrival of actress Rebecca Benhamour from “Here everything begins” accompanied by Mickael Mittelstadt.

The public had the opportunity to enjoy this friendly festival where many films from diverse and varied backgrounds were screened.