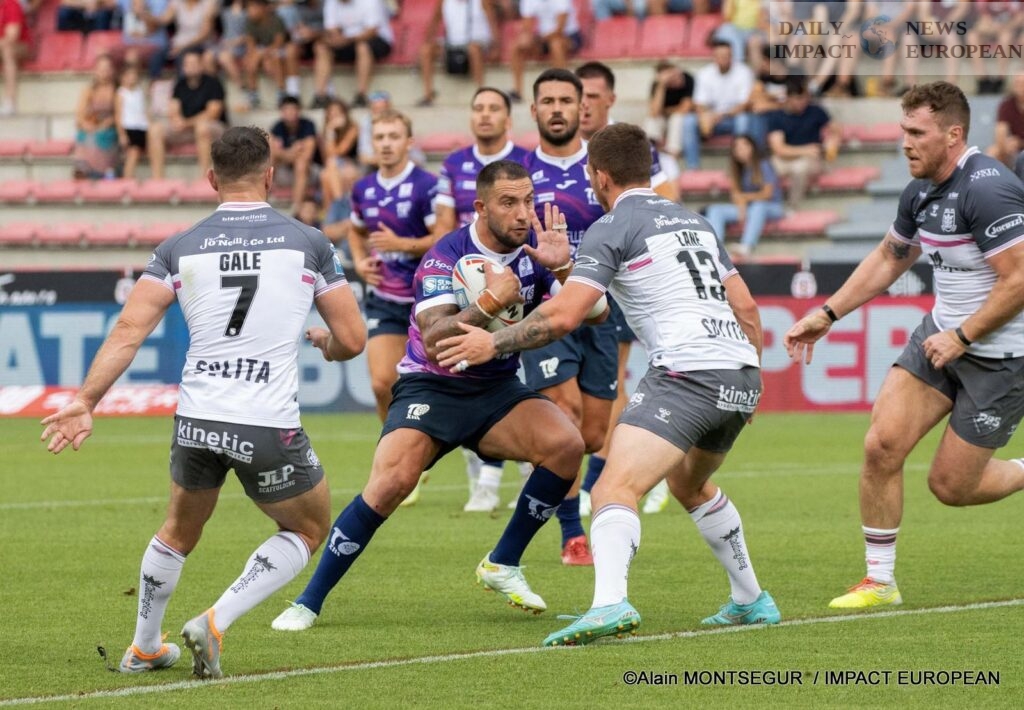 Following a home defeat to the Salford Red Devils, history repeated itself for a second time last week, although Toulouse gave way to Wakefield Trinity, and moved into last place in the Super League.

Following a home defeat to the Salford Red Devils, history repeated itself for a second time last week, although Toulouse gave way to Wakefield Trinity, and moved into last place in the Super League.

The Toulousains must now look ahead with a series of 6 meetings in less than 4 weeks, including 5 trips and a historic reception: The first French derby at Ernest Wallon on Thursday August 25 at 8:30 p.m. Next deadline, from this Thursday (4/08) with a trip to Hull KR.

The meeting started in the best possible way for Toulouse, James CUNNINGHAM opportunistically took advantage of a hand error in the opponent’s 10 meters to score his first try in the jersey of Toulouse Olympique. Chris HANKINSON converts and Toulouse are ahead in the 10th minute, 6-0.

Hull FC will turn the tide in 10 minutes thanks to tries from SIMM and LONGSTAFF, but only one of those tries will be converted by GALE, 6-10 in the 30th minute. The Toulousains try to react, Ilias BERGAL is denied a try for a forward pass from Corey NORMAN. The score will not move, 6-10 at halftime.

The Toulousains commit too many faults and Anthony MARION is sanctioned with a yellow card for a dangerous tackle. The English take the opportunity to widen the gap by scoring two tries in 5 minutes, 6-22 per hour of play. GALE adds 2 points following a new Toulouse fault (6-24). Stunned, the French can no longer do it and give in again a few minutes from the end. Hull won this meeting 30 to 6.

Toulouse were without suspended Daniel Alvaro after the prop was suspended one game following last week’s loss to Salford, with Latrell Schuamkel also out. Maxime Stefani and Anthony Marion return to the Toulouse side. Meanwhile, Hull have been without suspended Ligi Sao and Connor Wynne, with Josh Griffin, Cameron Scott and Carlos Tuimavave still on the sidelines. Will Smith is in line to make his Hull debut following his move to MKM Stadium two weeks ago, with Jake Connor still included following his first appearance in six weeks against Castleford.