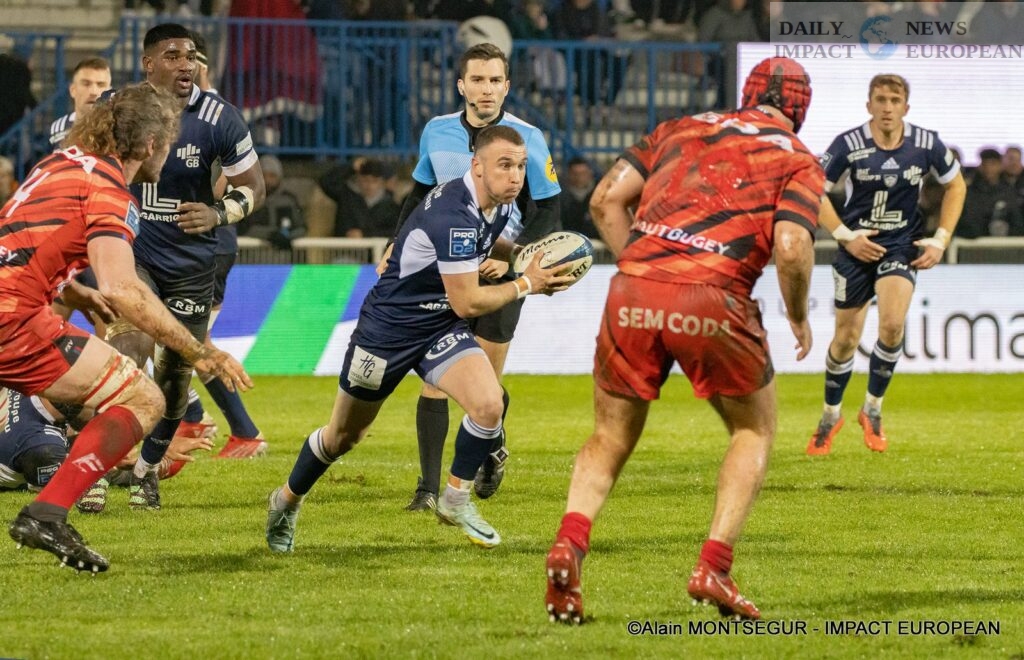 The leader of Pro D2 Oyonnax won his twelfth game of the season on the Colomiers field (29-12), Friday during the 15th day.

The leader of Pro D2 Oyonnax won his twelfth game of the season on the Colomiers field (29-12), Friday during the 15th day.

In great shape in recent months, Joe El Abd’s boys won their ninth consecutive game. They haven’t lost since September 16. With a sixteen-point lead over Stade Montois (second) at mid-season, the Ain club is more than ever one of the contenders for the comeback.

From the start of the meeting, the Ain club marked its opponent physically and imposed its law. Joe El Abd’s boys started the game with a bang by quickly getting two penalties, which were played by hand. And if the defense of Colomiers resisted well on the first, it then gave in on a charge from Loïc Credoz, when we had only been playing for six minutes (0-7, 7th).

The Oyomen doubled their lead on their second big chance. During this offensive, the Ain club won the impacts, offered a standing game with a devilishly effective pass and Benjamin Geledan spun in the in-goal (0-14, 24th).

Colomiers came up against a well-established Oyonnax defense and lacked control near the opposing in-goal, especially in touch. This is the occasion, the Oyomen fed on Columérine fouls, and on a counter ball, Joe Ravouvou, on receiving a game at the foot of Charlie Cassang, dived into a corner for the third try of the game (0 -19, 30th). Three chances, three tries, well afisa on the scoreboard.

Les Colomiers tried to take over the game on their own. The boys trained by Julien Sarraute, more impactful in the second half, scored a try thanks to Victor Moro on receiving a pass at the foot of Maxime Javaux (7-19, 55th), they were then somewhat weighed down by the red card received by Waël Pompon, after a whim on Loïc Crédoz (62nd).

Colomiers in numerical inferiority broke down again and conceded a fourth try, scored by Filimo Taofifenua, by a penalty played by hand near the opposing in-goal (7-29, 66th).

The Columérins then threw their last forces into battle and the partners of Mathis Galthié, author of an interesting entry, scored a second try, signed Hikawera Elliot, on a dominating ball carried (12-29, 76th).

After a new convincing success against Colomiers on Friday evening, Oyonnax further secures its status as leader of the Pro D2 championship, with a considerable lead in the standings.

The Oyomen have learned the lessons of past seasons when the first two places, symbols of direct qualification in the semi-finals, had narrowly escaped them.

Oyonnax finished the first leg of the Pro D2 championship in first place in the standings, and with a victory against Colomiers. The only positive point of the evening, for Colomiers, who fell on much stronger.