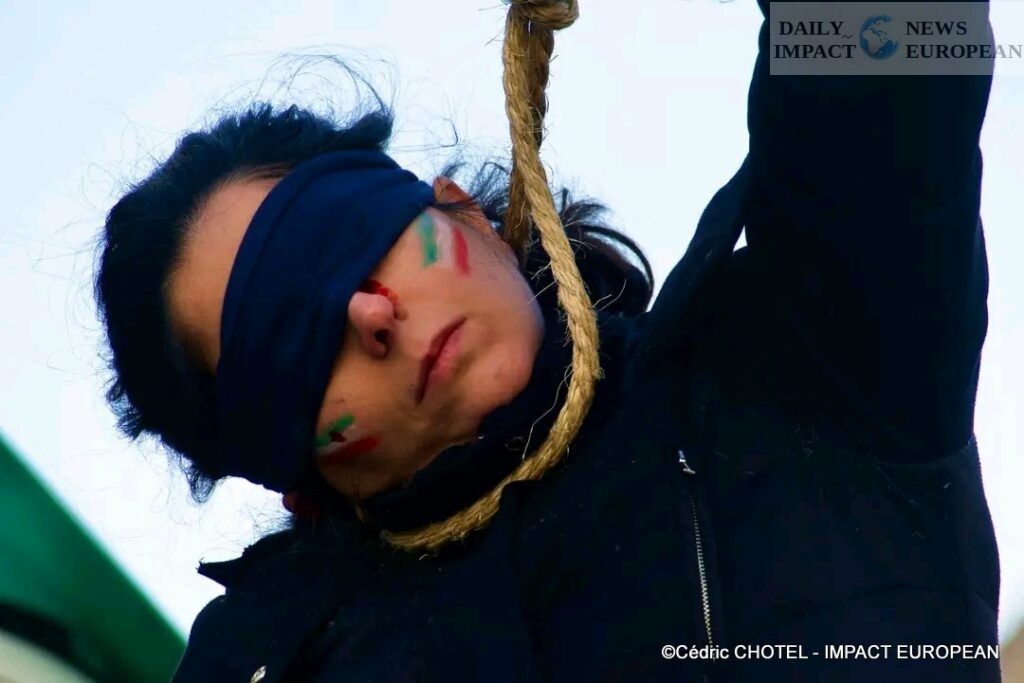 Demonstrations continue across the country despite growing repression.

Demonstrations continue across the country despite growing repression.

Iran was imposed new sanctions on Friday after carrying out a first execution the day before linked to the protest movement violently repressed for nearly three months, leading to new calls for demonstrations.

On September 16, 2022, student Masha Amini was murdered in Iran. A death that occurred three days after she was arrested by the Iranian morality police for “wearing inappropriate clothes”. The situation has created a stir in Iran, and beyond Iranian borders. Since then, a popular uprising aimed at overthrowing the Islamic regime in Iran has swept through the Persian country.

Some youth organizations had called for it to be turned into a “Day of Terror for the State”. On December 7, on Student’s Day, which commemorates the deaths of three students killed by the Shah of Iran’s security forces in 1983, students again take to the streets to protest after the death of Mahsa Amini. All day long, they march and chant slogans against the regime in several cities of the country, sometimes despite a strong presence of security forces. “Tremble, tremble, we are all together”, protesters at the Amirkabir University of Technology in Tehran, for example, proclaim in a video published by the online media 1500tasvir.

On this occasion, the ultra-conservative president Ebrahim Raïsi goes to a campus in Tehran. In front of a visibly hand-picked crowd, he salutes the attitude of the “sharp students who did not allow there to be a riotous atmosphere at the university”.

This day of mobilization comes in the midst of a three-day national strike. In parallel with the student mobilization, stores remain closed in around fifty cities across the country.

Mohsen Shekari, 23, was sentenced to death for blocking a street and injuring a paramilitary at the start of the protests, following a legal process denounced as a show trial by human rights organizations.

London also said on Friday that it had sanctioned 30 entities or personalities from 11 countries including Iran, including Iranian officials accused of inflicting “shocking sentences” on anti-regime protesters.

Canada has sanctioned 22 senior officials of the Iranian judiciary, prison administration and police, as well as high-ranking aides to Supreme Leader Ayatollah Khamenei.

The European Union is preparing to add 20 people and an Iranian entity to its blacklist to sanction human rights violations committed in Iran during the repression of demonstrations, diplomatic sources in Brussels said on Friday.

Amnesty International said it was “horrified” by the hanging of Mohsen Shekari, which “highlights the inhumanity” of Iran’s justice system where “many others risk suffering the same fate”.

Mahmood Amiry-Moghaddam, director of the Oslo-based NGO Iran Human Rights (IHR), for his part called for a strong international reaction to dissuade the Islamic Republic from carrying out further executions.

Iran’s Foreign Ministry said in a statement late Thursday that Iran had exercised “the utmost restraint in the face of the riots.”

Human rights NGOs are immediately sounding the alarm, fearing mass executions as Iran executes more convicts than any other country except China, according to Amnesty International. More than 500 people were executed there in 2022, according to the NGO Iran Human Rights, based in Norway.

On the occasion of the day of the student in Iran on December 7, the world of education, research and culture is therefore mobilizing to make this support as strong and broad as possible.

A call for a national university day “Freedom, Solidarity Iran”, on Tuesday, December 13, 2022, was launched and signed by nearly six hundred academics. Gatherings, cultural events, conferences, artistic actions will testify to the solidarity of French universities, in France and beyond the borders.

Through the national university day “Liberty, Solidarity Iran”, the will to support and welcome those whose life and freedom are threatened is affirmed. Many actions will take place from December 13 to December 17, in several French cities and universities, indoors or in public places, including Amiens, Bordeaux, Clermont-Ferrand, Lille, Lyon, Paris…

“This killing is intended to be a brutal illustration that the regime is ready to kill and it wants to let it be known,” reacted to France 24 Mahmood Amiry-Moghaddam, director of the NGO Iran Human Rights (IHR).

Many people initially thought that the purpose of the protests was to not wear the veil and that was it. Probably because they heard the slogan “Woman, life, freedom. Man, fatherland, progress”. But what a large part of the Iranian people want is for Iran to be integrated into society. For international relations with other countries to return, whether in the field of trade, diplomacy or politics, because Iran is isolated from the whole world. They want freedom for information to enter and leave the country and, on the other hand, freedom for women to be more free, to dress as they want, to enjoy the streets without fear. All those things that are now, in a way, forbidden.

Along with the list of those sentenced, Iran’s judiciary said another 28 people had been sentenced to hang for their participation in the protests, on charges of causing “trouble”. Among them is Iranian professional footballer Amir Nasr-Azadani, who faces the death penalty in his country, FIFPRO said. The Iranjavan player was arrested for having publicly defended the rights and freedoms of women in his country. So far, at least 458 people have been killed in the crackdown on protests, according to the latest tally from the Norway-based NGO Iran Human Rights (IHR), and at least 15,000 have been arrested, according to the UN .

Hamed Esmaeilion, an Iranian-Canadian activist who has organized mass protests in Berlin, Paris and other cities, announced more rallies this weekend: “Regardless of beliefs and ideologies, let’s join these rallies to protest the horrific execution of #MohsenShekari,” he tweeted on December 9.

Iranian justice announces daily a new candidate on the list of dead, a decision taken to discourage the population from demonstrating against the regime.

A total of 28 individuals are on death row in connection with the protests, according to a tally by Amnesty International. At least 458 people were also killed in the repression of the demonstrations, according to a report established by IHR, and at least 14,000 were arrested according to the UN.