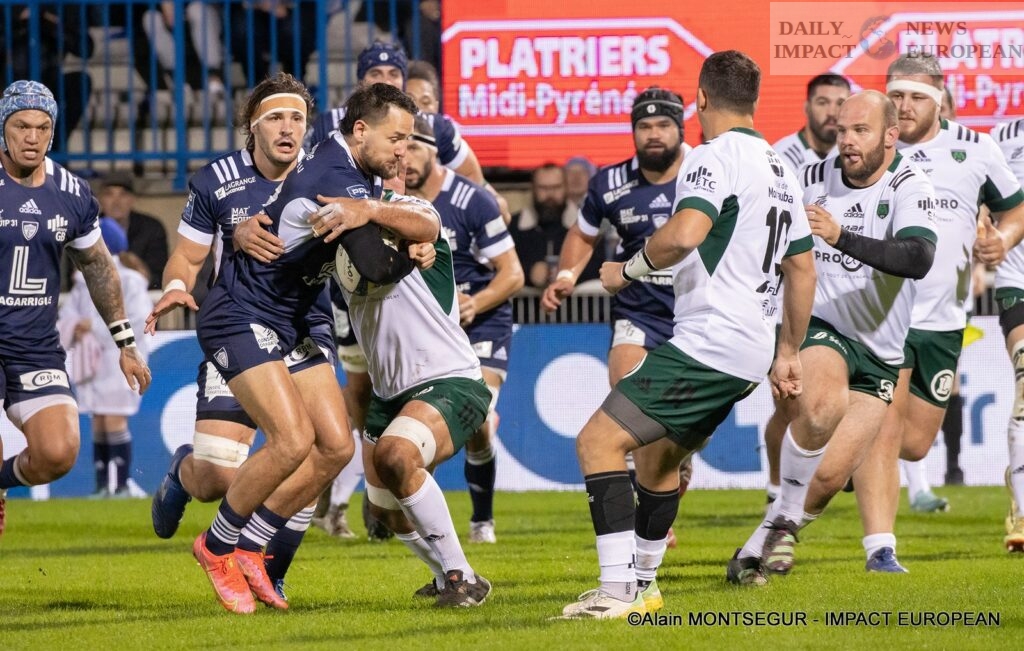 Montauban beat Colomiers Rugby at home on Friday November 18 with a score of 23 to 19, from where he paid tribute to former coach David Gerard.

Montauban beat Colomiers Rugby at home on Friday November 18 with a score of 23 to 19, from where he paid tribute to former coach David Gerard.

In any case, this is the first point mentioned by Florent Wieczorek, the Montauban forwards coach, interviewed by Rugbyrama, before traveling to Colomiers this evening: “It’s a team used in recent seasons to playing the top 6. She is driven by a confidence that we don’t have. Even in difficult situations, her confidence takes over and she manages to win games with this surplus.”

The PRO D2 resumed its rights this week after a break of several days with very interesting meetings, especially between Colomiers and Montauban. A game that the Montalbanais won on the lawn of the Stade Michel Bendichou with a score of 19 to 23, thus offering themselves a breath of fresh air after several weeks of crisis and the ousting of head coach David Gerard.

Asked about Rugbyrama, Jérôme Bosviel wanted to pay tribute to his now former coach after this great victory:

”Since the start of the season there have been players who have not played in their positions, many players who have returned from injury. Tonight we are rewarded and I have a thought for David Gérard. As I usually say, it is not the coaches who are on the pitch.

I am very happy that PP (Pierre-Philippe) Lafond is here but I would like to have a little word for David Gérard. I dedicate this victory to him a little because it is the victory of a whole group.