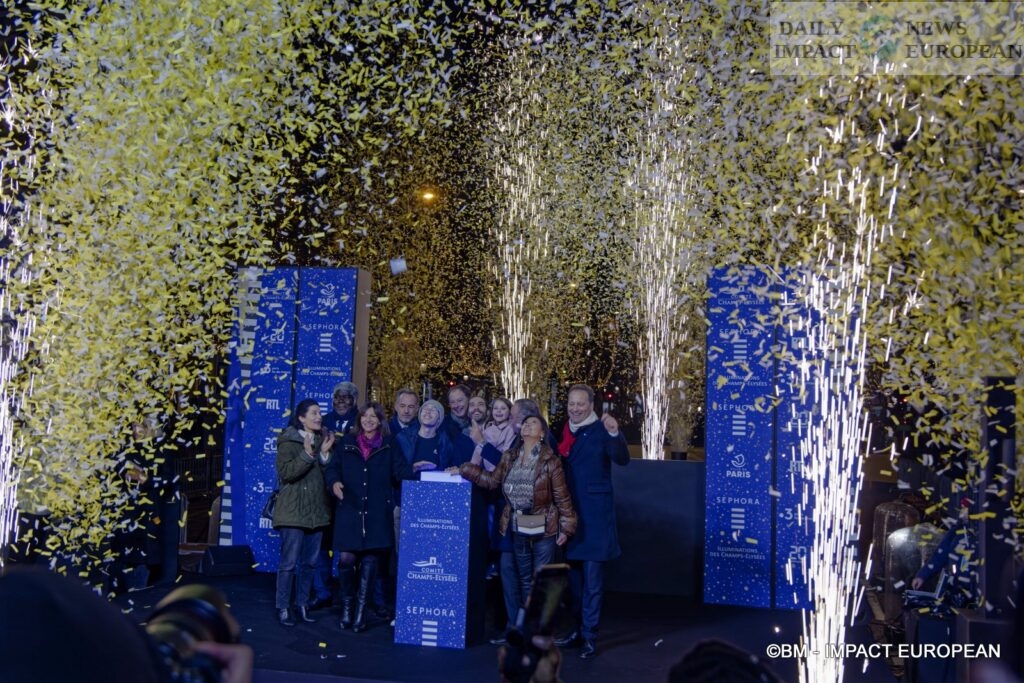 The traditional Christmas illuminations on the Champs-Élysées in Paris are launched. Placed this year under the sign of energy sobriety, they are on view until January 2, 2023.

The traditional Christmas illuminations on the Champs-Élysées in Paris are launched. Placed this year under the sign of energy sobriety, they are on view until January 2, 2023.

Thursday October 27, 2022, the Champs-Élysées Committee unveiled the name of the celebrity who will light up the famous avenue for the end of the year celebrations.

The watchword of this new edition is energy sobriety. “We needed lasting and magnificent, admirable and reasonable illuminations to meet the environmental challenge”, explained Marc-Antoine Jamet, president of the Champs-Élysées Committee.

For the inauguration, the most beautiful avenue in the world has been pedestrianized and the Franco-Algerian actor Tahar Rahim will kick off this Sunday evening at 7:01 p.m. precisely. This year 2022, the usual flamboyant red gives way to golden lights. “After four years surrounded by a halo of red, mysterious, magical and marvellous”, Blachère Illumination signs a new scenography “composed of millions of LEDs and golden flashes”, called “Sobrillance” and placed under the sign of economy of energy. A second ceremony will take place after the lighting of the illuminations at 11:45 p.m. with the singer Louane who will carry out the first extinction of the Champs.

In total, no less than 400 trees will be illuminated over four kilometers with these color-changing LEDs, for an estimated budget of around one million euros.

“There will be both the stars of the Eiffel Tower, the gold of champagne and the party in Paris. It is therefore illuminations which will be economical, which will be brilliant, which will be joyful and which will be universal, given for everyone, from Concorde to the Arc de Triomphe”, added the one who is also secretary general of the group of luxury LVMH.

And great novelty this year: an extinction ceremony is organized at 11:45 p.m., just a few hours after the premiere to mark the blow of this year largely constrained by energy sobriety. With Louane as godmother, and in partnership with Sephora, this new ceremony is intended to be “educational, sober and brief”, but “no less important” according to the organizers.

The opportunity to also remember that the illuminations will be much more sober than in previous years, going out at 11:45 p.m., compared to 2 a.m. previously. They will only last 6 weeks, from November 20, 2022 to January 2, 2023, instead of 7 weeks.