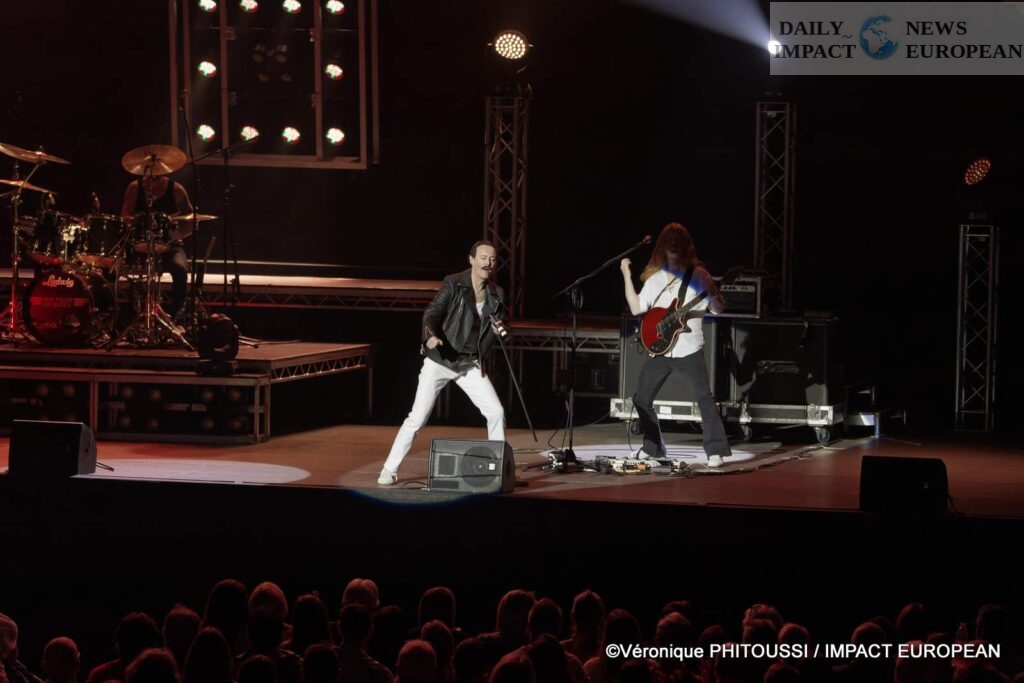 Gary Mullen performed in concert at the Zénith Sud in Montpellier, accompanied by very talented musicians.

Gary Mullen performed in concert at the Zénith Sud in Montpellier, accompanied by very talented musicians.

Gary Mullen and this Tribute offer spectators a show of quality, the artist maintains his breath for him “to sing like him requires an irreproachable physical form”.

Gary Mullen has a vocal coach, opera singer, this allows him to ensure the show and “Prolong the pleasure of rediscovering the excellence of Queen. I wouldn’t want to betray my idol! “. Gary Mullen maintains his voice because he needs to be in excellent shape to sing like Freddie Mercury.

To concentrate, the artist stays 30 minutes in his dressing room before the concert in order to immerse himself in the character; After this introspection, Gary Mullen pierces his shirt against a tank top… to remove it later on stage and restore all the magic of Freddie Mercury, of Queen.

Gary Mullen and the group of talented musicians put on a breathtaking show. Among the titles performed, the public can find classics such as: Bohemian Rhapsody, A king of Magic, We Will Rock You, Under the Pressure, Don’t Stop me Know, Somebody to Love, I want to Break Free, Another One Bites the Dust, Radio Gaga, and the mythical We are the Champions…

Guitarist Brian May, amazed by the performance, told them, “You’re doing a great job. Carry on! “. Freddie Mercury’s mother said she had never seen anyone who looked like her son.

The group gives more than 200 concerts a year in the world in front of an audience of 3,500 people per evening.

Gary Mullen even manages to reproduce the excessive virtuosity characterized by Freddie Mercury. Singer Gary Mullen allows millions of fans to immerse themselves in this atmosphere and relive fantastic and unforgettable moments of this legendary group.