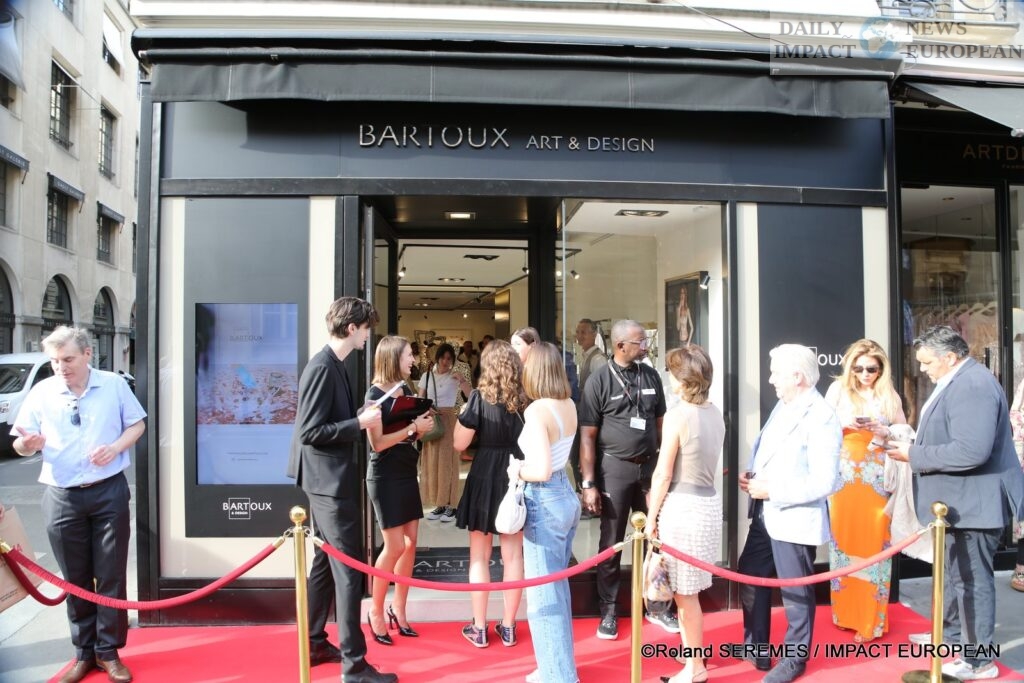 The co-founders Isabelle and her husband Robert Bartoux wanted to create, as always, a beautiful place of art and reunion, between artists and art lovers, whatever the tastes of each.

The co-founders Isabelle and her husband Robert Bartoux wanted to create, as always, a beautiful place of art and reunion, between artists and art lovers, whatever the tastes of each.

Galeries Bartoux considers it necessary to compare art and design since their respective limits always merge to a certain point: there are so many works of art that are unstoppable communication tools and a good number of commercial images which are true works of art, which manage to establish this particular emotional bond between the artist and his public.

Art connects to everyone in different ways because it is interpreted differently. Thus, we can take the example of contemporary art, street art or graphic art.

The objective of design is to communicate a single message that aims to incite action: it is unambiguous. A good design should leave no room for misunderstanding. Everything is done so that the observer understands the message transmitted without too much detour.

In the design there is also a bit of taste. The difference is that you may not like a design when it is well done. In design, there are references that make it possible to distinguish the good from the bad. In this case, the comprehensibility of the design.

The story of the first Bartoux gallery

Everything came to life during a weekend in October 1993 in Honfleur, Isabelle and Robert, would have had a real crush on this place and would have decided to open their first art gallery there.

Today the Galeries Bartoux are an international group with 18 galleries located in France, Monaco, London, New York and Miami representing a whole new generation of artists.

It’s interesting, because the family group has started to develop its business outside France, for example in New York or Singapore. It’s surprising to discover exactly the same state of mind that we have in France. Art is an international language, and even if sometimes we don’t understand each other’s language or way of life, we can always find a meeting point in a work of art.

The styles of Galeries Bartoux are: modern art, pop art, street art. The spirit of Galeries Bartoux is not to be an antiques gallery. “It’s about being a period gallery, and so our family group always wants to feature artists from the period. You’ll notice that we don’t have a lot of Chinese artists here. About 90% of the Art here is made by European artists, and you will find that I am not the only one in this case,” explains Robert Bartoux.

Stay connected to art and discover the artist’s secrets and message in his work and decipher the vastness of art expansions and inspiration of today and tomorrow.