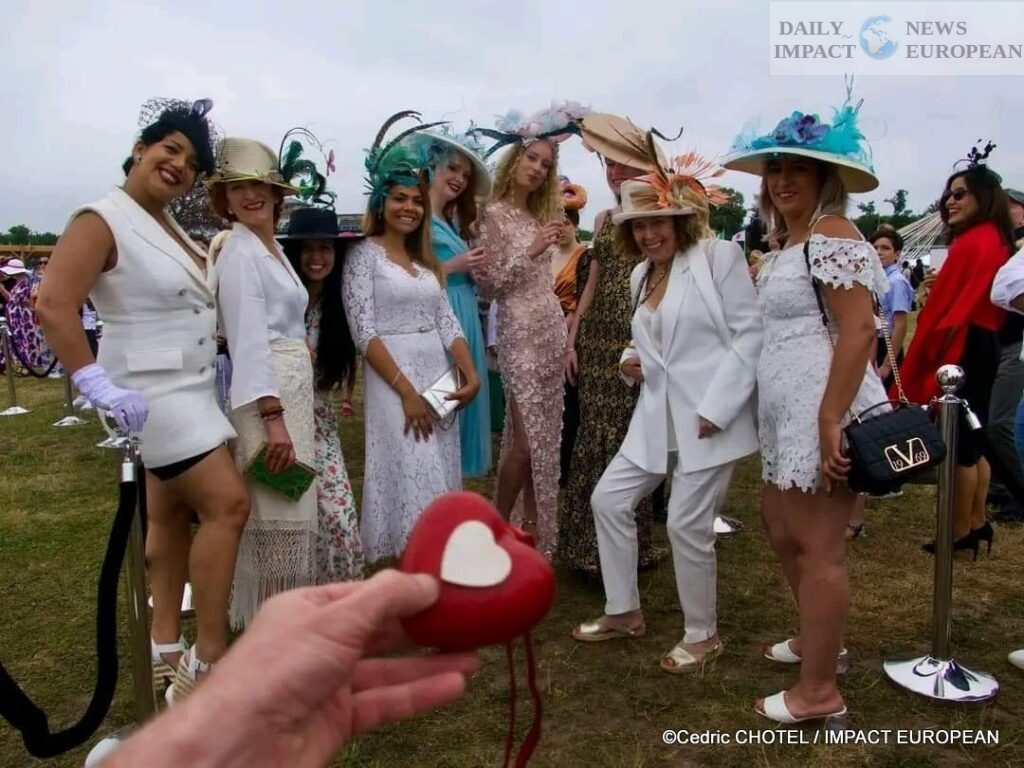 The 173rd edition of the Prix de Diane Longines was held at the Chantilly racecourse, in the Oise, on June 19, 2022.

The 173rd edition of the Prix de Diane Longines was held at the Chantilly racecourse, in the Oise, on June 19, 2022.

This prize is an unmissable annual event for horse and racing enthusiasts. It takes place in June, over 2,100 meters and puts French and British 3-year-old fillies in competition.

The French electro musical collective, “Bon Entendeur”, hosted the garden party. It has been formed since 2012 by 3 friends Nicolas Boisseleau, Arnaud Bonnet and Pierre Della Monica.

The good weather was there to take advantage of the chic picnic organized for the occasion. Served in the traditional hat box, it was prepared by Justine Piluso, former Top Chef candidate. You could find dishes influenced by the Italian and oriental origins of the chef. This is how we discovered a crepe rolled with eggplant caviar, small buns with Gravlax trout or falafels and a revisited pasta salad. For those with a sweet tooth, a Chantilly cream puff and a chocolate tart.
You could also make your picnic basket using fresh and seasonal products, olive oil and basil like Justine Piluso. The guests were able to enjoy their picnic on the tables set up not far from the tracks and enjoy the races from the first where 4 jockeys competed including the winner, Christophe Soumillon, 10 times gold whip, and his horse Erevann.

The Prix de Diane rhymes with elegance and prestige, it attracts spectators from all over the world, dressed in elegant and gala outfits, without forgetting the headgear.
The Concours d’Elegance, in which nearly 400 women took part, led to the election of Mademoiselle Diane. The candidates marched in front of a jury chaired by the former Miss France Sophie Thalmann, on a horseshoe-shaped catwalk, wearing hats with feathers or flowers. The 2022 winner is Manon Rougier and a creation with butterflies.

A visit to the stables and a visit to the presentation round where the thoroughbreds and fillies parade was mandatory before going to the stands where the public crowded to encourage their favorite among the 18 competitors.

Nashwa took the lead from the first 400 meters. Her jockey, the 25-year-old Briton, Hollie Doyle led her to victory after a fight until the finish, against the Parisienne, ridden by Gérald Mossé and Rosacea ridden by Christophe Soumillon. Hollie Doyle is the first woman to win the Prix de Diane.

It is also a second success in this glamorous race, for Nashwa trainer John Gosden. In 2015, his filly Star of Seviile won the trophy. and to this day his stable in Clarehaven, Newmarket, is home to many champions.

History of the Prix de Diane

The Prix de Diane Longines, the biggest race for fillies in the world, has been held at the Chantilly racecourse since 1843. The day brings together 8 major gallop races, including the legendary Prix de Diane Longines event, reserved for 3-year-old fillies. His allowance amounts to 1,000,000 euros.

The event also allows you to participate in a garden party with a new concert each year, and a parade of hats.

See you in 2023 for the next Prix de Diane at Chantilly.