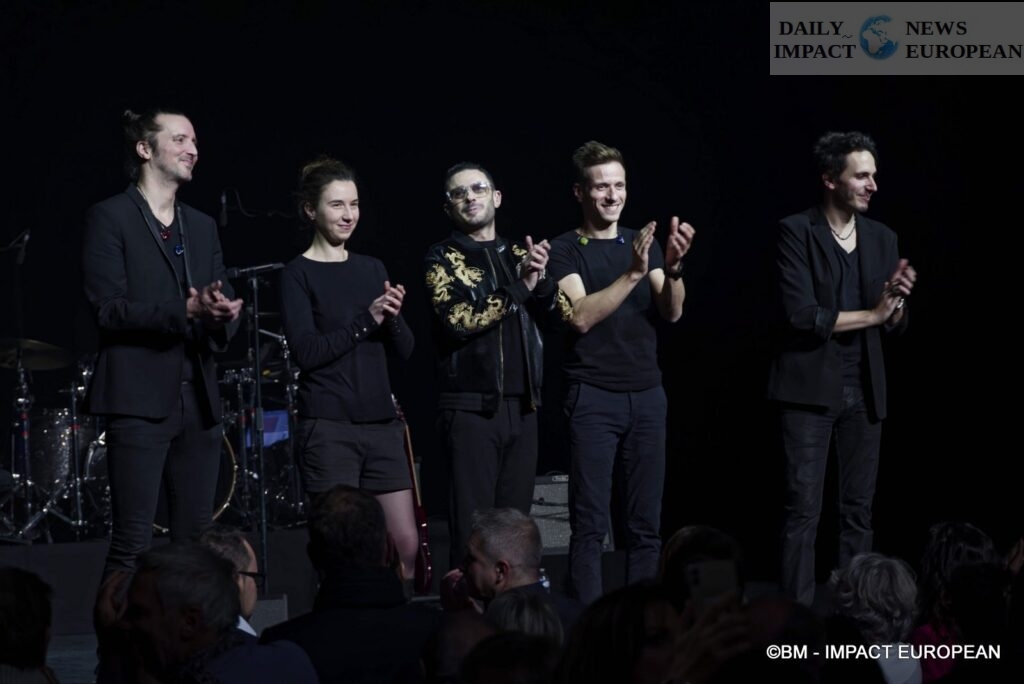 Grégory Bakian made his big comeback on stage on December 12 at the Casino de Paris, rue de Clichy (75009), an old dream come true.

Grégory Bakian made his big comeback on stage on December 12 at the Casino de Paris, rue de Clichy (75009), an old dream come true.

The so-called “new voice of French Pop-electro” presented his latest tracks in front of a full house where the public stood up to cheer him on.

His career began with an EP in 2014 thanks to the title Charles Aznavour had written for him, “L’Adolescence”. He then triumphed in the capitle on major stages such as the Alhambra, the Zénith and the Palace before realizing his dream, the Casino de Paris.

The titles of his latest opus are inspired by the successes of great groups like Dragons, One Republic or Coldplay. The first excerpt was “Changer”. It could be found on Spotify, NRJ, a clip shot in Monaco completed the event The following excerpt, “Tout Emporter”, was released in April 2022 and ranked in the Top 100 indie Yacast. A 3rd was published last fall.

Grégory Bakian met footballer Emmanuel Petit over years ago at a charity event. Became friends, the 1998 world champion came to several concerts of the singer and participated in a TV show on France 3 with him. This is how Emmanuel Petit joined the Seiya label which manages the artist’s career.

Who is Gregory Bakian?

Born in July 1986 in Marseille, Grégory Bakian is a singer, author, publisher, screenwriter and producer of Armenian origin. He spent his childhood in Nice where his parents ran a restaurant, then his adolescence in Bandol.

Before starting his career as a singer, Grégory was destined for motorsport. He spent 4 seasons in high-competition karting and met the F1 driver, Jacques Villeneuve, Williams-Renault team in 1997, who became his co-producer. Between 2001 and 2004, he was champion of the Provence-Alpes-Côte d’Azur regional league, finished 7th in the Coupe de France and 10th in the national championship. In 2004, he joined the Formula BMW single-seater championship but could not compete. It was at this time that he made many acquaintances in the industry. He had already known Jules Bianchi since 1994, when he joined the karting school run by Philippe Bianchi.

At the same time, he turned to music in 2002, where he took part in the program “C’est mon chose” on television. We then find him on stage in Bandol for the casting of “Graine de star” which he wins. After winning several competitions, he went to Paris to study singing and stage expression alongside Gérald Wagner.

His first single “I live my life” was released in 2005. Revelation of the year France Bleue Provence, he met Misha Aznavour and created his own repertoire the following year. He also studied opera singing with the tenor Pascal Aubert then Jean-Pierre Blivet. In 2007, he opened for Patrick Fiori and was invited by Hélène Ségara. The following year, he took part alongside Laurent Fignon in the “Automotive and Culture Rally for Armenia”, organized by the Sport Solidarité France Provence association as part of the year of Armenia in France. He also gave 6 concerts in Lyon, Meximieux, Gap, Le Lavandou, St Tropez and Marseille, before those of Liane Foly, Tina Arena and Hélène Ségara.

2010 is the year of the creation of the Seiya Records label. He then went on to concerts during the following years and released his first EP in 2014, as well as his collaboration with Jacques Villeneuve. The following year, he joined forces with Emmanuel Petit. The concerts continue year after year: Alhambra and Marseille in 2016, Zénith (1st ceremony of the Armenian Europe Music Awards) with the title “Adolescence” offered by Charles Aznavour, and Le Palace in 2017. He sings at the inauguration of the Place Charles Aznavour in Clichy-la-Garenne (92) in the presence of the Ambassador of Armenia and Patrick Devedjian.

2021 is the year of a new beginning, its name becomes Bakian stage. new single with clip shot in Monaco and participation of the first runner-up Miss France 2017 and 4th runner-up Miss World. The following year, release of the single “Le Premier” and Casino de Paris in December.

For this exceptional concert, the singer Violaine provides the first part. Young singer, songwriter from the Côte d’Azur, Violaine sang the titles of her EP “Rose Rouge” for the first time. She appeared on stage.

During his hour and a half performance, Grégory Bakian interpreted certain titles with Léna Maire. This high school student from Saint-Etienne is a former candidate for the 11th edition of “The Voice”. She was in the Vianney team before being picked up by that of Amel Bent during the battles.

Many personalities were present during this show. Among them were Thierry Samitier, Staty Djelass and Zoé Duvauchelle, Delphine Simonet and Bernard Ménez, Ekatarina Cherkasova, Abdelkrim Qissi, Massimo Gargia, Michel BError, Designer Djuna from Clegg or even Singrid Campion, Coco Wintousky and Jeremy Bellet…