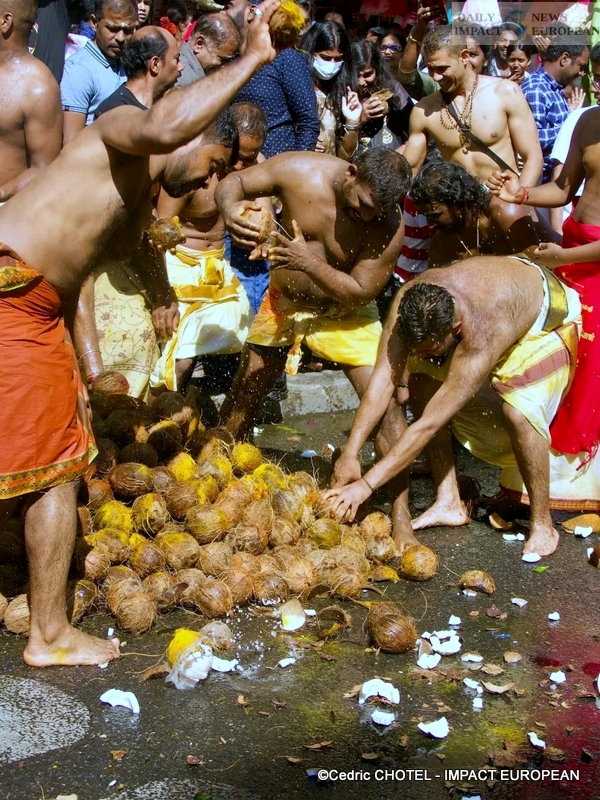 Statuettes bearing the effigy of the God Ganesh will be plunged into the sea or the river as tradition dictates as part of the Ganesh Chaturthi festival.

Statuettes bearing the effigy of the God Ganesh will be plunged into the sea or the river as tradition dictates as part of the Ganesh Chaturthi festival.

A religious event of the most important in the Hindu calendar, because this deity symbolizes wisdom, intelligence and knowledge.

The colorful procession celebrating the Hindu god Ganesh returns this year after two editions hampered by the Covid-19.

The crowds were back in full force after a few subdued years of the pandemic. But despite the lifting of restrictions on public gatherings, many worshipers have still opted for ceremonies at homes or in artificial ponds. The change also suggests a growing awareness of the environmental impact of the festival.

Around 30,000 people have flocked to Mumbai’s beaches and waterfronts this week to submerge idols of the elephant-headed god Ganesha as part of the 10-day Hindu festival of Ganesh Chaturthi.

Traditionally, the idols are installed in pandals – temporary altars built by neighborhood committees – some of which attract thousands of worshippers. The idols are then carried in a procession to be immersed in water, a ceremony which represents the cycle of life and death. In Mumbai alone, hundreds of thousands of statues are submerged each year.

But environmental activists have been pointing to the pollution caused by the ritual for years. Most idols are made from non-biodegradable plaster of Paris and the paint contains toxic substances such as lead and mercury.

“It’s a poison that spreads in the water. Obviously this is going to affect marine life and biodiversity,” says Debi Goenka of Conservation Action Trust.

Floats, saris and lots of color: the feast of Ganesh, child god with the head of an elephant and son of the main deity of Hinduism Shiva, has made a comeback in the La Chapelle district of Paris.

Along the way, thousands of devotees from the Hindu community of Île-de-France, mainly made up of Tamils ​​from northern Sri Lanka but also from England, the Netherlands and Germany, will make offerings to Ganesh . Chickpeas, small semolina cakes, fresh fruit and flowers will flood the streets with perfume. Saffron coconuts will be broken in front of shop windows, a sign that the latter are opening their hearts to Ganesh.

The Hindu community of Marathi origin celebrated the birth of Ganesh, son of Shiva and the goddess Parvati, on Thursday, September 1, on the 4th day after the new moon of the month of the Hindu calendar of Bhadrapada.