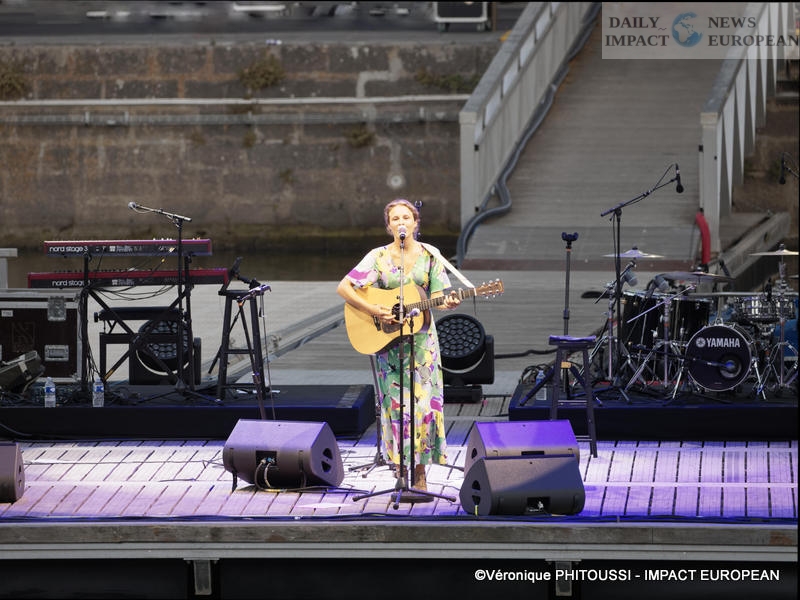 Agathe Robert appeared in the first part of the Garou concert given on the floating stage of Agde in front of the Saint-Etienne Cathedral.

Agathe Robert appeared in the first part of the Garou concert given on the floating stage of Agde in front of the Saint-Etienne Cathedral.

Agathe Robert, accompanied by her guitar, launched this Occitane season with her repertoire. It was in front of a large crowd of spectators, vacationers and Agathois, installed all around the floating stage in boats, on the quays of the Hérault, in front of the terraces of bars, on the bridge overhanging the Hérault that this young artist provided the first part of the concert given by Garou.

Agathe Robert became known to the public in 2018 during the regional Vocal Trophies competition. Agathe Robert is from Hauts-de-France in Saint-Josse where she took guitar lessons with her catechism teacher as a child. Thereafter, the young woman will give her first concerts in churches.

Agathe Robert is a third-year pharmacy student in Lille and is also passionate about music. This young artist is delicious and professional when she gently puts her voice on her guitar.

In the summer of 2021, Agathe Robert, encouraged by her sister Claire, took part in a contest in tribute to Johnny Halliday. This competition is launched by Jean-Claude Camus and Laetitia Halliday. The young artist sends a video of her song, a cover of the title “20 years”.

A few weeks after the sending, she is contacted and invited to Bercy, the student and singer performs five pieces of Johnny in front of an audience of 10,000 people.

At this time Agathe Robert crosses backstage the greatest voices such as those of Patrick Bruel, Calogero, Florent Pagny and Louis Bertignac, all present during this tribute concert.

Laetitia Halliday decided to launch Agathe Robert’s career since she produced the first single “If you knew”.

Agathe Robert was very warmly welcomed by the public and she deserves that we follow her career with great attention.
She is a young artist in the making.