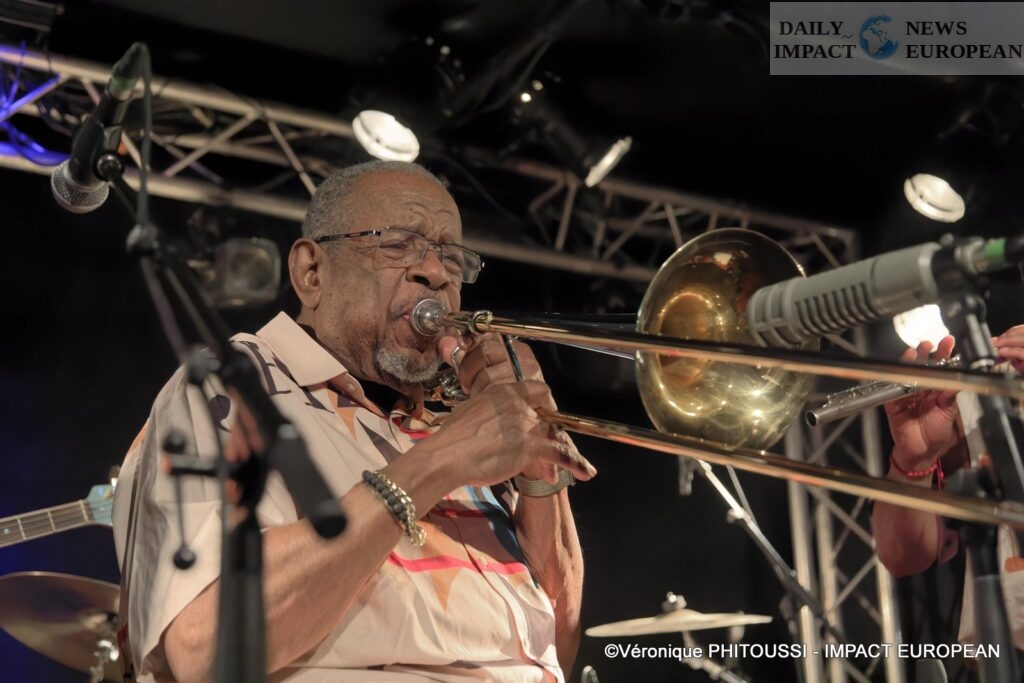 Fred Wesley, the King of Jazz-Funk

Fred Wesley & The New JB’s performed in concert at the New Morning on November 19, 2022 in Paris.

Fred Wesley was born on July 4, 1943 in Mobile, Alabama; he is the son of a college professor and the leader of a Big Band. Fred Wesley studied classical music before turning to trombone and jazz. He wants to join a Big Band and prepares for a career as a trombonist.

Between 1965 and 1968, he joined James Brown’s group. For fifteen years, Fred Wesley was James Brown’s musical director, trombonist and arranger. This does not prevent him from creating hits such as “God Father of Soul”.

Fred Wesley is an American jazz and funk trombonist and arranger. He notably made a name for himself as the musical director of James Brown. Fred Wesley was “considered ‘The world’s funkiest trombone player’.

Fred Wesley, in 1978, joined the Count Basie Orchestra. He realizes one of his passions: Playing Jazz. Fred Wesley also collaborated with Janet Jackson on the title “That’s The Way Love Goes”.

Fred Wesley is the most famous trombonist on the jazz funk planet. Its imprint is recognizable, it represents the groove, the funk. He invented a recognizable phrasing, inspired by jazz, soul music and gospel.

In 2002, Fred Wesley wrote “Hit Me”, an autobiography as an accompanist.

Fred Wesley is a legend, he is “African-American popular music”.

In 1972, The J.B, the group excels in a flamboyant Jazz-funk with the essential “Pass The Peas” which is an instrumental funk track and in 1980 the track “House Party”.

The trombonist Fred Wesley, accompanied by “The New JB’s”, offered a magnificent concert in a legendary hall where the greatest musicians and singers come to perform. The horns convey the Big Band sound well.

A fabulous evening, a great moment of emotion.

The audience danced and sang in unison with the most famous trombonist on the planet of funk, soul and jazz. Everyone knew the words to all the songs that evening.