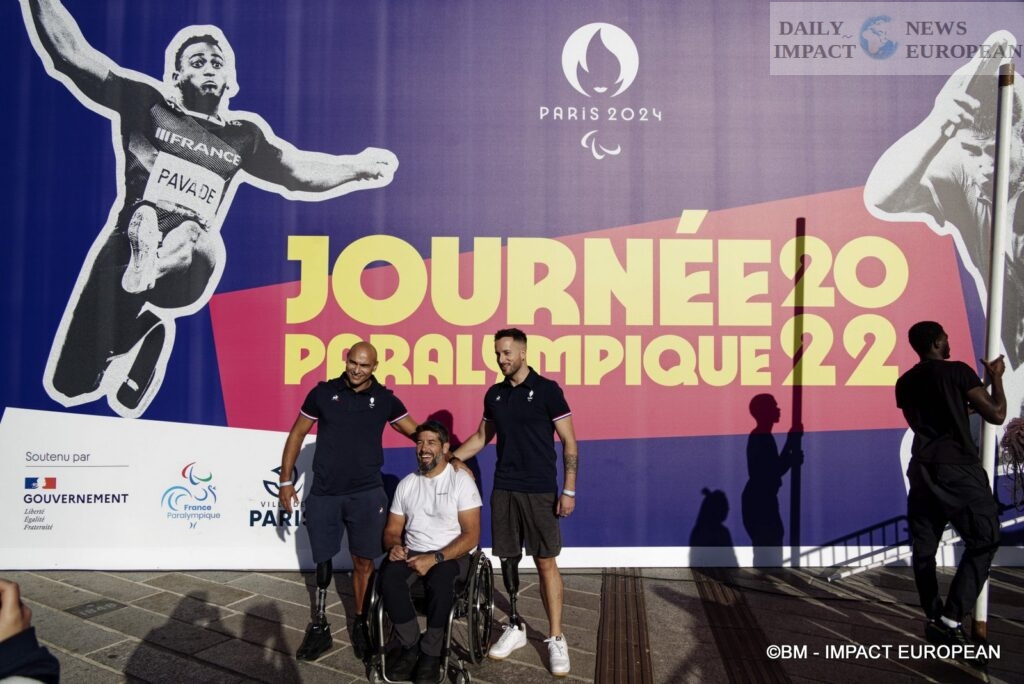 This event was organized by the Ministry of Sports and the Olympic and Paralympic Games, the French Paralympic and Sports Committee (CPSF) and the city of Paris, a unique opportunity for the general public to discover the Paris 2024 Paralympic Games which would take place in 2 years, from August 28 to September 8, 2024.

They were in the Place de la Bastille

Among the exploits and performances, the spectators followed those of Perle Bouge (silver medalist at the London 2012 Paralympic Games and bronze medalist at Rio 2016 in para-rowing, world record holder in trunk and arm rowing over 500 meters with a time of 1’46), Markus Rehm (three-time Paralympic champion in the long jump in the F42/44 category at the Paralympic Games in London 2012 and Rio 2016 and Tokyo 2020, also Paralympic gold medalist in the 4x100m in 2016. Sacré 5 time World Disabled Champion in the long run and twice in the 4x100m but also European medalist several times. On this 1st Paralympic day, he jumped 8.02m in front of the spectators. He was accompanied by the Greek Stélios Malakopoulos, record holder of the world long jump in its category (T62) at 7.02m

Olympic athletes were also present for demonstrations. Among them Martin Fourcade (biathlon), or Romain Cannone (fencing) or Florent Manaudou (swimming).

So that the public can try out the various para-sports. more than fifteen discovery activities were offered on the Place de la Bastille by the sports federations of wheelchair basketball, boccia, blind football, wheelchair fencing, para-athletics, para-rowing, para-badminton. para judo, para table tennis, wheelchair tennis, para triathlon and sitting volleyball… or even those that are not on the official program of the Games such as Para climbing, wheelchair BMX, wheelchair handball, showdown or laser run.

The event was aimed at a public with reduced mobility but also at all, which is why the speeches were translated into sign language. A reception was reserved for people with specific needs, wheelchairs were made available.