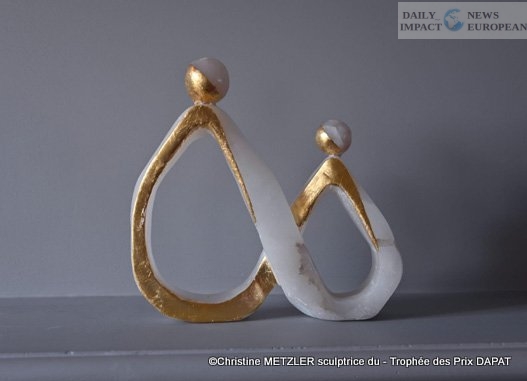 66 associations united to fight against the isolation and integration of women in society candidates for the 2nd edition of DAPAT.

In the Middle Ages, women were already doctors, farmers, embroiderers or… blacksmiths! No profession was really forbidden to them. But, from the end of the 15th century, things began to change. Women are encouraged to stay at home. This is how, little by little, women are excluded from work.

After the separation of the Church from the State in 1905, in the 20th century, women’s access to work made a lot of progress.
In 1907, a law authorized women to receive a salary, only if their husband agreed!

During the war of 14-18, the women replaced, in the factories, the men gone to the war. They are what make the country go round!

In 1965, they obtained the right to work without asking their husband’s agreement. Then, in 1972, a law imposed the same salary for the same work, whether you were a man or a woman. Despite everything, today, even if they are very numerous to work and have access to the profession of their choice, women earn on average 25% less per month.

Some key dates in the history of women’s rights

If French women have slowly acquired the same rights as men, this progress is extremely recent. These few historical landmarks illustrate the long march of women towards equality.

1791: The Declaration of the Rights of Woman and of the Citizen is published: “Woman is born free and remains equal to man in rights”.
1836: The ordinance of June 23 organizes primary education for girls.
1861: Julie DAUBIE is the first woman authorized to take the baccalaureate.
1880: Secondary education is authorized for girls.
1900: The bar is open to women: Jeanne CHAUVIN becomes the first female lawyer.
1907: Married women can freely dispose of their wages.
1909: Maternity leave (eight weeks) is created (without pay).
1938: Women can enroll in university without their husband’s permission.
1944: Women obtain the right to vote and eligibility by order of General DE GAULLE.
1946: The principle of equality between women and men in all areas is enshrined in the preamble to the Constitution. 1947: Germaine POINSO-CHAPUIS is the first woman appointed Minister (of Public Health and Population).
1966: Women can manage their own property and exercise a professional activity without the consent of their husband.
1967: The law authorizes contraception.
1970: The law on joint parental authority removes the concept of “head of family” from the Civil Code.
1972: The Ecole Polytechnique becomes mixed: a woman is valedictorian.
1972: The principle of equal pay for men and women for work of equal value is recognized.
1974: Creation of the State Secretariat for the Status of Women (Françoise GIROUD).
1975: Opening of the first shelter for battered women, in Clichy.
1975: The obligation of co-education in all public educational establishments is created.
1975: The law authorizes voluntary termination of pregnancy (IVG). 1983: The law establishes professional equality between women and men.
1991: Edith CRESSON is the first woman appointed Prime Minister.
1993: The law of January 8 affirms the principle of the joint exercise of parental authority with regard to all children, whatever the situation of the parents (married, cohabiting, divorced, separated).
2000: The law authorizes the dispensing of emergency contraceptives without a prescription.
2000: The equal access of women and men to electoral mandates and elective functions is guaranteed by law.
2001: A new law on professional equality between women and men is adopted.
2004: The Divorce Act provides for the eviction of the violent spouse from the marital home in order to protect women who are victims of violence.
2005: The law in favor of small and medium-sized enterprises makes it compulsory to choose a status for the collaborating spouse.
2006: The law on equal pay between women and men aims to eliminate pay gaps.
2006: The law strengthening the prevention and repression of violence within the couple or committed against minors establishes equality with regard to the legal age of marriage: 18 years for women and men.

One of the most important measures to enable women to participate is to ensure that they are granted redress. As the 2007 Nairobi Declaration on the Right of Women and Girls to a Remedy and Reparation states, “(justice and) reparation must go beyond the immediate causes and consequences of crimes and violations. ; they must aim to redress the political and structural inequalities that negatively shape the lives of women and girls”. This is crucial because women are more than the victims of conflict; they are the leaders of movements for peace, justice and democracy.

Where is humanity in the 21st century?

The world is changing faster and faster, and fewer and fewer people – including our leaders and decision-makers – understand how it works as a whole. A majority of people yet proclaimed “experts” in such and such fields do not have an overall vision and are totally overwhelmed.

Today the rich are getting richer and the poor are getting poorer, the planet is more and more polluted.

In parallel – and sometimes linked – to the great ecological challenges of the 21st century, everywhere on the planet arise complex social and human challenges.

Armed conflicts, scarcity of resources and energy, lack of education, malnutrition, lack of respect for women and children, terrorism, epidemics, corruption are just some of the great social challenges that humanity will have to solve at the beginning of 21st century.

The great human challenges are multiple and we must know them to solve them. If it’s not you, who will it be?

DAPAT is an endowment fund created in May 2020 and has already understood the message to support and carry out all missions of general interest of a social, educational, humanitarian, cultural and family nature, aimed at improving living conditions, on the social levels. , professionals, health and culture of people in vulnerable situations.

Enable the fight against exclusion, isolation, poverty and all forms of violence and discrimination. Promote social and professional integration. Prioritize action programs that promote the autonomy and dignity of women.

Danielle and Patrick de Giovanni wanted to combine their experiences and sensitivities by creating an endowment fund, with significant capital, with the main purpose of acting for women in precarious situations.

Entrepreneur by obligation more than by vocation, quickly became aware of the difficulties that women encounter in “a world made by men for men”. She is committed and campaigning to share her experience and her ambition: to promote the autonomy and independence of women. In France, she created the DIRIGEANTES network “of women to advance women in the economy”. Recognized by her peers in professional organizations and become an expert in “women’s entrepreneurship” with the OECD. She has designed and implemented entrepreneurship training programs in France, in the countries of the MENA region and in Africa, where she has developed the “Dirigeantes sans Frontières” network, which promotes the advancement of women through the economy. Sensitive to the situation of young mothers in great distress, she knows how much their difficulties have an impact on the future of these little beings whose very first steps in life will be marked by anguish, loneliness and sad situation. of their mother.

Patrick de Giovanni is a private equity specialist with forty years of experience at Apax Partners and Amboise Partners and former Chairman of the private equity professional association, France Invest. He has a long experience of supporting entrepreneurs and managers in the creation and development of businesses of all sizes. For the past fifteen years, he has been very involved in voluntary activities, particularly in financing and supporting entrepreneurs who create or develop businesses providing social benefits in terms of employment, in particular for the disabled, professional integration and sustainable development. He is also very sensitive to the field of food aid for the poorest and more generally to the situation of the homeless.

The Endowment Fund has received donations from the founders for more than 9 million euros. These donations were made free of charge and irrevocable. The endowment fund has opted for the qualification of professional investor. This qualification allows it to optimize the income from this capital, in particular by investing in securities reserved for professionals.

These are the revenues that are used to develop its own actions and support associations, or any non-profit organization, which act in favor of the mission chosen by DAPAT.

DAPAT organizes the DAPAT Awards each year to reward exemplary initiatives benefiting women and mothers in distress or homeless, actions or means implemented for a better understanding of their situations, attempts and draft solutions and all other subjects likely to encourage other actions in their fields.

The operation also aims to highlight the many players in the voluntary sector, make them known to the general public and allow them to expand their network of contacts.

The first edition took place last year, where 45 associations applied for visibility and an endowment fund, exposing their importance and experience in supporting marginalized and precarious women.

For the second edition which will take place on Monday, October 17 at the Edouard VII theater in Paris, this year again, the jury has designated 5 associations among the 66 candidate associations (52 of which were not candidates last year).

Their actions are varied and complementary: welcoming isolated young women, combat sport as a tool for reconstruction for women who are victims of violence, material and emotional aid for young mothers in precarious situations, or even social support. and solidarity with young women from priority neighborhoods.

The founders of DAPAT, Danielle and Patrick de Giovanni, have also chosen to give a tip of the hat to 5 other associations, the Espoirs DAPAT, with here too a great diversity of actions: moving assistance, reconstruction course and network of mutual assistance and protection for women victims of violence, digital training and finally comprehensive support for women asylum seekers.

This year FRANCIS HUSTER is their sponsor for the second edition; the actor, screenwriter, director and director, considers: “Women in distress are like Molière’s heroines today, worthy not only of our support, our respect, but also our love.”

CYRIELLE CLAIR, the mistress of ceremonies, has always been keen to invest herself as much as possible in actions with the most vulnerable populations, mainly women and children.
“A world in balance… The world cannot be in balance if half of humanity does not take its place. We see this every day and, in all areas, it is women who have been made the most vulnerable. So there comes a time when you no longer have to ask questions, but observe and act!
My credo: freedom, dignity, solidarity.”

ACCESS TO PREMISES AND DEVELOPMENT OF THE ASSOCIATIVE NETWORK.

Since the creation of DAPAT, the teams of the Endowment Fund have observed that associations frequently have great difficulty finding premises to carry out their activity or accommodate beneficiaries: lack of availability of premises to rent, prices too high for the means they have…
It is in this context that DAPAT decided to propose a solution:
• Creation of a company to acquire real estate chosen by the associations and therefore in line with their needs;
• Provision of premises under economic conditions adapted to their financial capacities.
Thus has just been born La Foncière Sociale DAPAT, a subsidiary company of the Endowment Fund, created according to the principles of the Social and Solidarity Economy.