Age of Enlightenment, the castle of Champs-sur-Marne / ©BM - IMPACT EUROPEAN

Located in Île de France, 18 km from the capital, the Château de Champs sur Marne is a jewel of the 18th century. In the heart of an 85 ha park, it is surrounded by gardens inspired by those of the Palace of Versailles, designed by André Lenôtre, gardener of the "Sun King".

Located in Île de France, 18 km from the capital, the Château de Champs sur Marne is a jewel of the 18th century. In the heart of an 85 ha park, it is surrounded by gardens inspired by those of the Palace of Versailles, designed by André Lenôtre, gardener of the “Sun King”.

Originally, the castle was a pleasure house reinforced by Jean-Baptiste Bullet de Chamblain, between 1703 and 1707, at the request of Charles Renouard de Touan, who ruined lost his castle. Paul Poisson de Bourvallais, financier to King Louis XIV, acquired it in 1701. Arrested in 1716 for embezzlement, his property was confiscated by the Crown and the castle was awarded 2 years later to the Princess of Conti who donated it to her cousin, the Marquis Louis de la Vallière. His heir, Duke Louis-César de la Vallière renovated it by having a bathroom built, one of the first of the time. He held a salon there, inviting Voltaire or the Marquise de Pompadour who rented it between 1757 and 1759. In 1763, Gabriel Michel, director of the Compagnie des Indes, bought the castle which became national property during the Revolution,

During the 19th century, the castle had several owners including the grandson of Gabriel Michel, Gaston Lévis, mayor of Champs sur Marne in 1801, who enlarged the park by building a factory in a Restoration style. Then came Jacques-Maurice Grojean, who removed the Mansart roof from 1831 to 1858, Ernest Santerre until 1895 and Count Louis Cahen d’Anvers, a banker by profession, whose daughter married Moise de Camondo, a grand 18th century art collector and donor to the State of the Musée Nissim-de-Camondo, Paris. The park was recreated by Henri Duchêne and his son Achille, and returned to the tradition of the French garden. Chateaubriand and Proust frequented the salons.

In 1935, the State became the owner of the castle and the furniture and since 1939, the estate has been used for the reception of foreign Heads of State on official visits to France, as during the 1960s when General De Gaulle received there especially African heads of state. Since 1974, the castle has been permanently open to the public for visits. Between 2006 and 2013, the castle was closed for restoration of rooms and furniture.

The Château de Champs has a façade on the courtyard side and another on the garden side. This pleasure house is rich in history. The pieces are presented in the furnishings of the Cahen d’Anvers. After its restoration following the collapse of the ceiling of the Chinese lounge, it made it possible to discover new interiors on 2 levels. At the entrance, there is a vestibule with a large staircase and on either side of the service staircases which serve the wings of the castle, corridors provide access to the bedrooms.

The visit begins with the Grand Salon decorated on the theme of the 4 seasons with a view of the gardens. The next room is the smoking room, a room reserved for men to smoke with friends after dinner, it is decorated with a chandelier made by André-Charles Boule. and a Beauvais tapestry depicting the Chinese Emperor Kangxi on a journey.

The rebuilt Chinese lounge is the main room decorated with “chinoiserie” painted in 1748 by Huet, representing the imaginary Far East. The Cahen d’Anvers family has equipped the living room with Louis XV style armchairs covered with tapestries representing the “Fables de la Fontaine”.

The dining room (the first intended for this use in France), the bedroom of Gilbert Cahen d’Anvers (grandson of Louis), the corridor of the offices reserved for the circulation of servants and the small dining room for the children be in the left wing.

A first floor as rich as the ground floor

The first room to discover upstairs is the music room, located above the Grand Salon, resuming its layout and architecture. The left wing houses the guest room reserved for distinguished guests. The corner living room succeeds it then the bedroom of Mrs and Mr Cahen d’Anvers where General de Gaulle and his wife spent the night in 1962. The following rooms are the boudoir and the bathroom of Mrs. bathroom in the master bedroom.

The right wing houses the blue bedroom, the color of the 18th century woodwork. It communicates with the music room and the landing of the main staircase, giving access to the gray bedroom and bathroom.

French and English gardens form the 85 ha park. In 1710, Claude Desgots, grand-nephew of André Le Nôtre, designed the formal gardens. From the terrace, you can admire 900 meters of perspective allowing you to discover flowerbeds of embroidery, white marble vases, topiary, basins and mythological sculptures just like in Versailles.

The park also underwent many transformations during the following 2 centuries according to the mode of “English-style gardens, with curved paths. In 1895, Henri Duchêne modernized the garden while retaining part of the irregular garden and making it a ” mixed garden”. Today, there are only 85 ha left of the original 600 to visit, where it is possible to know the owner of the premises.

Jewel of the “Century of Enlightenment”, the Château de Champs-sur-Marne “. It is distinguished by a new art of living and the search for comfort thanks to its first bathroom and its large dining room. It includes more than 900 objects and furniture.

Today, apart from visits, it offers the possibility of following the various programs offered by the Center of National Monuments, among which there are workshops which correspond to national education programs (artistic and cultural education course, Future…) They allow to approach the history of arts (painting, tapestry, decorative arts, gardens, architecture, music…), the literary culture (fables of La Fontaine, mythology in the gardens, the glances on the other..), the sciences to understand the art of gardens (geometry, optics, botany..) and the technology of architecture.

It is also possible to organize picnics, weddings or seminars. 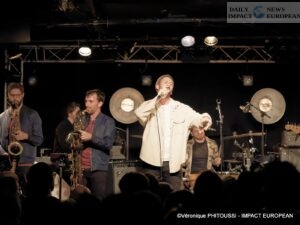 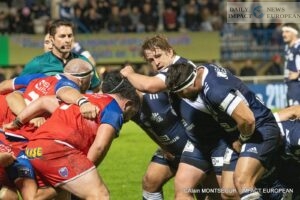 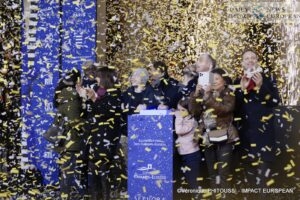 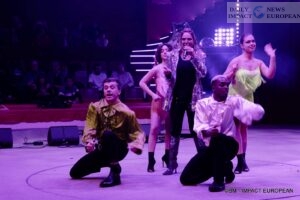