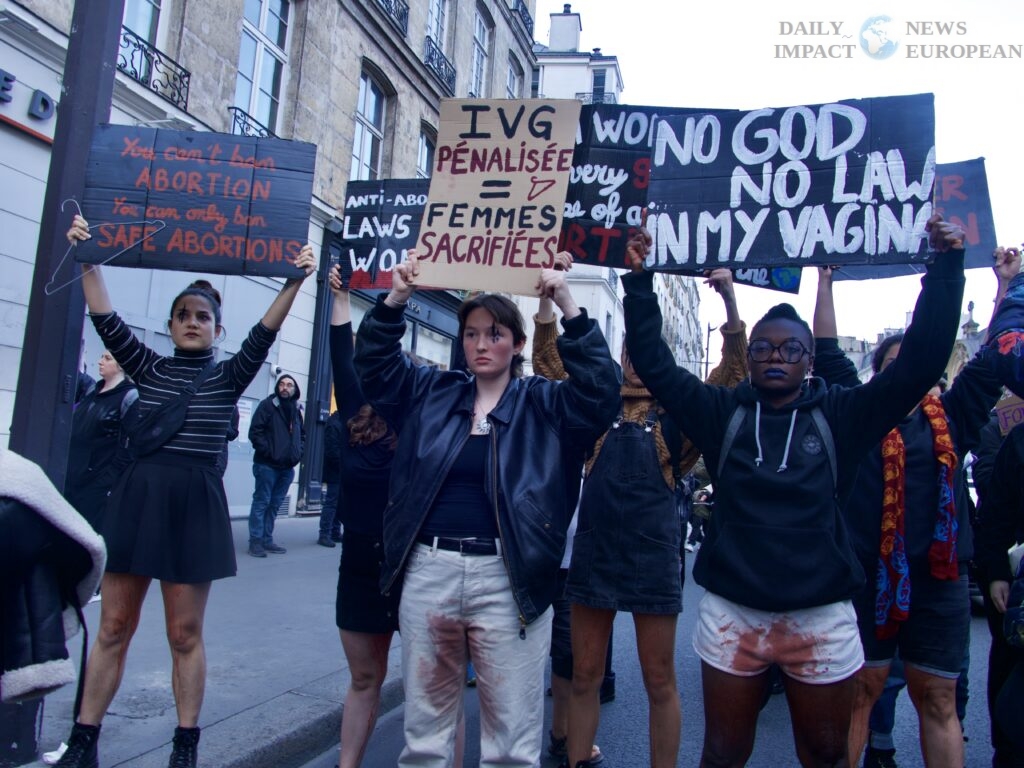 On the occasion of the international day for the right to abortion, demonstrations are organized this Wednesday, September 28, 2022 all over the world.

On the occasion of the international day for the right to abortion, demonstrations are organized this Wednesday, September 28, 2022 all over the world.

Since the decision of the Supreme Court of the United States in June to revoke a judgment guaranteeing the right to abortion, many American states have notably severely restricted this right.

Demonstrations took place this Wednesday, September 28, 2022 in several cities around the world to defend the right to abortion, at a time when it is being questioned in several countries.

While the right to abortion is attacked all over the world, a good thousand demonstrators mobilized this Wednesday evening in Paris, to defend an achievement to which access is not always guaranteed in France. Processions were also held in the rest of the country.

“Abortion in Europe: women decide”, is much more extensive. A good thousand people joined the Place de la Concorde from Bastille, not counting the processions throughout France.

A few months after the reversal of Roe v. Wade, who, since 1973, guaranteed the right to abortion at the federal level across the Atlantic, it is still difficult for feminists to talk about it in the past tense. To date, 18 American states prohibit abortion or are in the process of doing so, four reduce its access. Unsurprisingly joining in the onslaught of an increasingly powerful conservative alliance, Hungary recently issued a decree requiring women wishing to have an abortion to “listen to the heartbeat of the fetus”.

In Hungary, where a recent decree obliges women to listen to the heartbeat of the fetus before having an abortion, around 3,000 people demonstrated on Wednesday evening in Budapest. The new measure was denounced on the signs held up by the crowd, composed mainly of women: And the beat of my heart? Does anyone care? !, take care of your own uterus or even my vagina, my decision.

In this Central European country, a member of the European Union (EU), abortion has been legal since the 1950s until the twelfth week of pregnancy in most cases. But the ultra-conservative Prime Minister Viktor Orban, in power since 2010, is increasing pro-natalist measures.

Since the entry into force at the beginning of 2012 of a new Constitution, Hungary has thus defended the life of the fetus from conception.

The 50 countries that have relaxed their laws over the past 25 years cannot hide the fact that, according to the Center for Reproductive Rights, 41% of women of childbearing age still live in countries with restrictive laws such as Poland, Malta , Monaco or even Morocco.

In Rome too, a rally was organized this Wednesday. In Morocco, dozens of feminist activists demonstrated on Wednesday to demand the revision of laws criminalizing abortion in Morocco following the death of a teenage girl victim of a clandestine abortion.

A Moroccan teenager died in early September following a clandestine abortion in a village in central Morocco, provoking shock and indignation from feminist NGOs, and awakening demands for the decriminalization of voluntary termination of pregnancy (IVG ).

Moroccan law punishes abortion with six months to five years in prison except when the mother’s health is in danger. From 600 to 800 clandestine abortions are performed every day in Morocco, according to associations campaigning for its legalization.

This mobilization is also fully in line with the French agenda. While the vote for the Gaillot law, providing in particular for the extension of the deadlines for access to abortion from 12 to 14 weeks of pregnancy, was won with great struggle in 2022, the activists insist on the need to make this acquired.

89 RN deputies entered the National Assembly, the Nupes as well as the majority drew two proposals for the inclusion of the right to abortion in the Constitution. The Senate environmental group also put its own cross-partisan proposal on the agenda on October 19.

Medical resistance is very real. “While abortions at 14 weeks are legal, some hospitals are telling women to go abroad. Some doctors do not want to go beyond 12 or even 10 weeks, including in the public”… Faced with the goodwill of practitioners, women find themselves out of time. The Planning 93 activist breathes: “Some people ask us how to abort in a traditional way, for lack of the means to go abroad. We find ourselves in the situation before 1975…” It is horrible to know that girls die of clandestine abortions, she lamented.