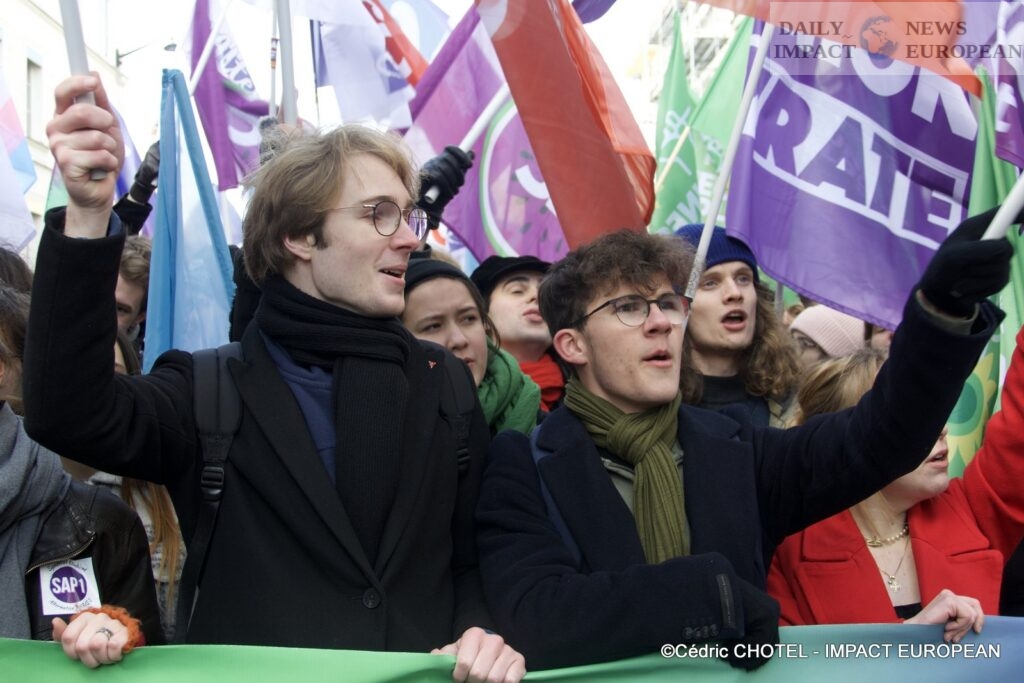 The demonstration organized by youth organizations in Paris against the pension reform mobilized entire families.

After the inter-union mobilization on January 19, the youth and France Insoumise took to the streets.

The demonstration organized by youth organizations in Paris against the pension reform mobilized entire families.

The mobilization against the pension reform took on a facelift this Saturday afternoon with a march organized in Paris at the call of a dozen youth associations. Two days after the big day of mobilization on Thursday, it is a demonstration which is supported by insubordinate France, but not by the rest of Nupes. So, this youth is already there, ready to pound the pavement in Paris.

A slogan that comes up a lot: “Macron, that’s enough! The youth is in the street.” Indeed, there is a majority of young people at the start of this march. Many moreover were already in the street last Thursday with the unions.

There is a battle of figures around the mobilization of young people, of students. It was yesterday in Paris, against the pension reform, at the call of rebellious France. 150,000 people traveled for youth organizations, 14,000 according to the independent firm Occurrence. Young people and parents were all gathered together against the government’s project which is coming tomorrow to the Council of Ministers.

On January 19, a young man was hit by a policeman for no reason

During the demonstration against the pension reform, on Thursday January 19 in Paris, a young man of 26 had to have his testicle amputated after being hit by a police officer in the genital area.

This Franco-Spanish engineer, who likes photography, was in the demonstration, when a “policeman knocked him down”, explains his advice. Then, another “policeman leaps on him gratuitously and deliberately aims for the genitals”, while he is on the ground, on his back, his hands clutching his device which he does not want to damage. “There is no justification for this violence”, assures Me Simon. Video footage shows it “presents no danger”. Another proof, according to her, the young man “was not arrested afterwards.”

A complaint, with civil action, will be filed in the coming days for willful violence resulting in mutilation by a person holding public authority (liable to 15 years’ imprisonment), Me Lucie Simon told franceinfo. lawyer for the young man, confirming information from our colleagues from the newspaper Liberation.

An internal administrative investigation is underway at the Paris Police Prefecture. The Paris police chief asked the director of public order and traffic that “the exact circumstances of the reported incident be clarified”. According to information from franceinfo, the General Inspectorate of the National Police (IGPN) has not been seized for the moment.