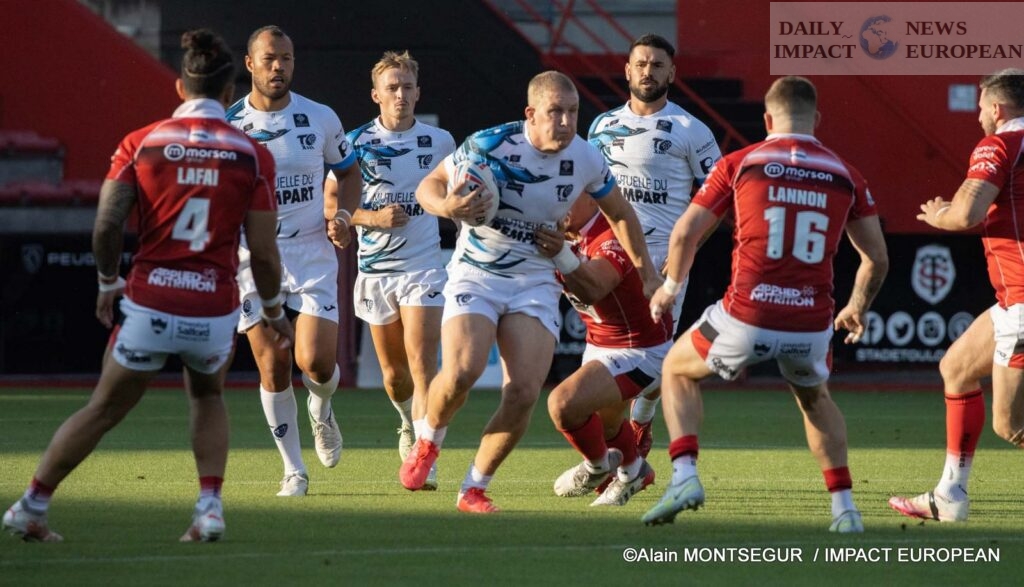 TO had won their previous three matches and are above Wakefield in 11th place after Wakefield lost Sunday's game.

The Salford Red Devils fought back against Toulouse to claim their fourth of five Super League wins.

Toulouse Olympique on the rise as they finished the 19th day of the Super League in 11th place in the standings. Victory last weekend against the Leeds Rhinos allowed them to overtake the team of Wakefield Trinity and break away from the last place which stuck to their skin for too long.

Two tries each from Ken Sio and Joe Burgess helped the Salford Red Devils maintain their Super League play-off momentum with a 24-11 victory at Toulouse Olympique.

The injured Red Devils side defy odds and have taken the scalp of both French clubs in the competition over the past two weeks.

Mathieu Jussaume gave the hosts a perfect start with a try in three minutes and they were leading 9-6 at the break.

But thanks to a period of indiscipline from the home side, a series of penalties gave the Red Devils their first try in the 28th minute when scrum-half Marc Sneyd found winger Burgess with a kick. foot. Sneyd converted wide to even the scores.

Toulouse captain Tony Gigot netted a drop goal just before the break and nearly scored a breakaway try from 60 yards out but he was hit in the ankle five yards from the line and fouled in the tackle, Chris Hankinson got up to convert the penalty into a 9-6 halftime score.
Three extra penalties awarded to Salford led to a sweeping move to the right wing for the prolific Sio to score in the 50th minute, and although Sneyd’s conversion drifted wide the Red Devils were ahead 10-9.

Hankinson reversed the scoring with a penalty three minutes later but Toulouse struck immediately on the restart, allowing a scrum from 20 yards out from which they turned the ball left and it was kicked in for Burgess to collect and score his second trial.

Sneyd hit the target from the touchline and added another penalty two minutes later to put Salford ahead 18-11.

However, Ken Sio crossed and Joe Burgess claimed his second try of the night as Paul Rowley’s men turned the tide.

Ken Sio returned to take his personal tally for the season to 21 out of 20 appearances.

Salford themselves looked in danger of relegation just a few weeks ago, but are now sixth.

TO had won their previous three matches and are above Wakefield in 11th place after Wakefield lost Sunday’s game.