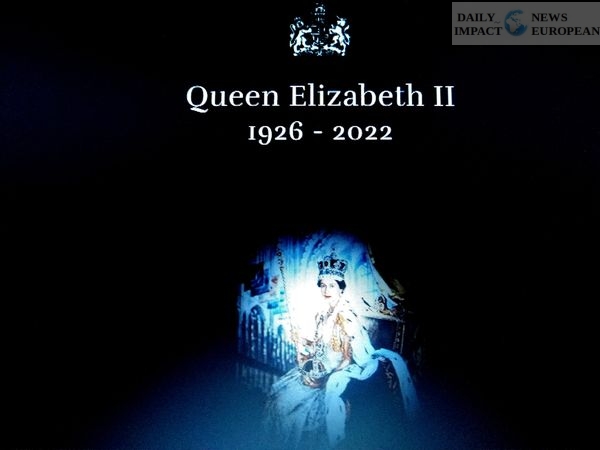 The whole world is in shock, the Queen of England Elizabeth II died on Thursday, announces Buckingham Palace.

The whole world is in shock, the Queen of England Elizabeth II died on Thursday, announces Buckingham Palace.

The British national anthem resounds in everyone’s head on September 8, 2022 after the announcement of the death of Elizabeth II, of her birth name Elizabeth Alexandra Mary Windsor, which occurred this evening. Since Thursday morning, news about his state of health had been trickling in and the eyes of the planet were on the United Kingdom. From Buckingham Palace, a press release finally stopped the suspense with the sad information.

Ascended to the throne at the age of 25 in February 1952 on the death of her father, King George VI, she had reigned over the Commonwealth countries for 70 years. It is the longest reign of a British monarch since that of Queen Victoria, who died in 1901 after more than 63 years in office. It had celebrated its platinum jubilee last June. His son Charles, first in the line of succession, should take over.

Elizabeth II has known nearly fifteen Prime Ministers, seen the United Kingdom enter the European Union and then leave it, and faced many trials on a personal level, such as the earthquake of the death of Diana, her step- daughter, in 1997, or more recently the criticisms of his grandson Harry and his companion Meghan Markle towards the royal family. In April 2021, she had to deal with the disappearance of her husband, Prince Philip, to whom she had been married for 73 years.

In recent months, his health had deteriorated again. Present at her jubilee, she had however limited her public appearances to preserve herself. She had settled into her residence at Balmoral, away from the hustle and bustle of Buckingham Palace in London. Thursday, September 8, the palace announced that the doctors of Elizabeth II were “concerned” by his state of health.

She had just named her 15th prime minister, Liz Truss, on Tuesday, the occasion for a last photo, frail and leaning on a cane.

The flags were lowered and the church bells rang to mark the disappearance of the one who, very religious, was also the head of the Anglican Church.

The royal family leaves nothing to chance. Even the manner in which Her Majesty’s death will be announced has been codified.

“London Bridge is down”. It is by this code name that the Prime Minister of the United Kingdom will be informed of the death of Queen Elizabeth II.

This protocol consists in first warning the Prime Minister who has been Liz Truss for the past few days. At the same time, it is the Ministry of Foreign Affairs which will be informed of the Queen’s death. The latter will in turn be responsible for informing the governments of the 15 countries over which the Queen still reigns before warning the other 36 of the Commonwealth.

Radios will only be able to broadcast harmless music. The BBC has gone ahead of the protocol which requires that the members present on the sets wear ties and dark clothes.

The Queen’s funeral will take place 9 days after her death at Westminster Abbey where her body will have been exposed for several days.

The country will freeze on the day of the funeral

On that day, the whol

e country will be at a standstill. At 11 a.m., when the queen’s coffin will pass through the doors of the abbey to reach its final resting place, the country will freeze in silence. Buses and cars will stop for drivers and passengers to come out.

Having become king at the time of his mother’s death, Charles would be crowned much later after a long period of mourning.

The new king, his son who became Charles III, paid a moving tribute to his mother: “The death of my beloved mother, Her Majesty the Queen, is a moment of the greatest sadness for me and all the members of my family. We deeply mourn the passing of a dear Sovereign and a beloved Mother. I know his loss will be deeply felt throughout the country, the Kingdoms and the Commonwealth, and by countless people around the world. During this time of grief and change, my family and I will be comforted and supported by our knowledge of the respect and deep affection in which the Queen was so widely held.”

The Queen died peacefully at Balmoral this afternoon.

The King and The Queen Consort will remain at Balmoral this evening and will return to London tomorrow. pic.twitter.com/VfxpXro22W

A statement from His Majesty The King: pic.twitter.com/AnBiyZCher

Tags: Elizabeth II has died Queen of England the whole world in shock