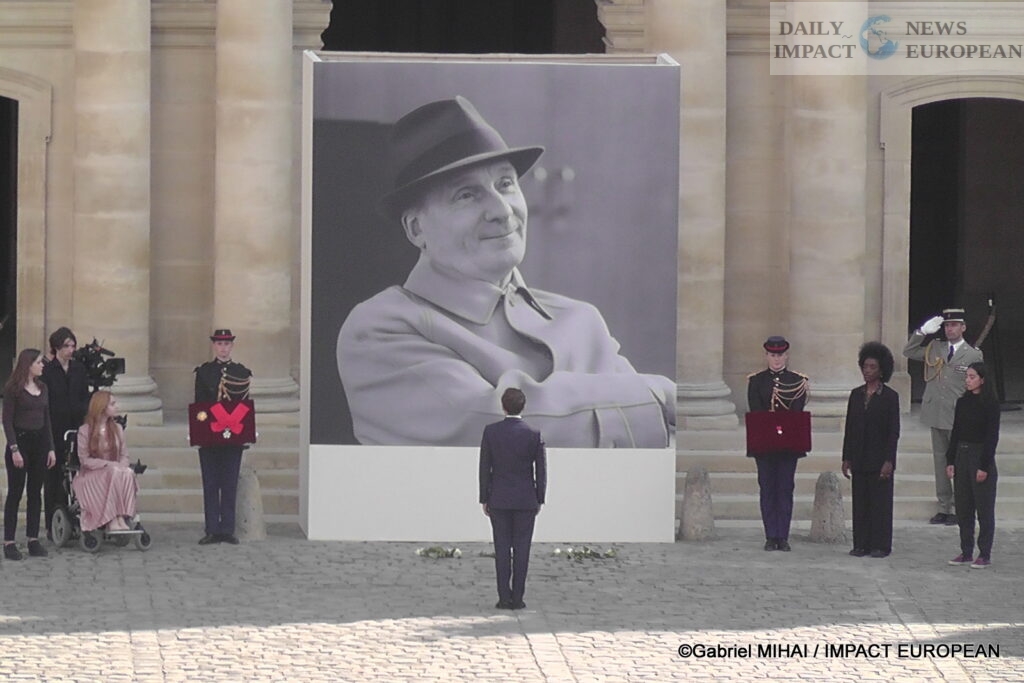 During a national tribute orchestrated by Emmanuel Macron, the three actors each read a letter to the one they consider their "theatre master".

During a national tribute orchestrated by Emmanuel Macron, the three actors each read a letter to the one they consider their “theatre master”.

This Wednesday, April 27, Emmanuel Macron chaired the national tribute to Michel Bouquet who died at the age of 96, on April 13. In the main courtyard of the Hôtel national des Invalides (in Paris), the Head of State saluted the memory of the actor in the presence of the family of the theater monument, French artists and certain members of the Government . “He will have burned the boards and punctured the screen for 70 years. Michel Bouquet reigned over the theater as a sacred monster. (…) His face and his voice were the theater of all our feelings. In a hundred plays, in hundred films, it has gone around the Man”, declared Emmanuel Macron.

A “sacred monster” and an “unforgettable, irreplaceable master for generations of actors”. These are the terms chosen by the President of the Republic to salute the memory of Michel Bouquet on the announcement of his disappearance at the age of 96, on April 13. The actor, monument of French theater with such a particular voice, known, among other things, for having played 800 times The King is dying by Eugène Ionesco, leaves behind him an impressive film career, but especially the theater.

He had also marked the cinema by embodying an astonishing Mitterrand on the evening of his life in “Le Promeneur du Champ-de-Mars”, by Robert Guédiguian (2005). This role earned him the César for best actor, after that received a few years earlier for Anne Fontaine’s film “How I Killed My Father” (2002).

Muriel Robin, who was a student of Michel Bouquet at the Conservatoire, in turn shared their memories together in a very moving letter addressed to “Monsieur Bouquet, because I have always called you that. Without a first name you remained the master”.
With the culmination of this day when the actor had launched to him: “I am your father of theater”. “My most beautiful birth certificate”, she breathes, wiping away her tears. Without forgetting this decisive exchange: “15 years ago, the job was killing me, you said to me, ‘You don’t have the right, Muriel!’ You probably saved me from dying”.

Pierre Arditi, also overcome by emotion, recalled how “playing was an intimate necessity” for Michel Bouquet. “You have not managed to make yourself forgotten, so much your incarnations are immense, unexpected, unique”, declared the actor of We know the song. “Ionesco, Molière, Camus, Anouilh and so many others know it, who surely bless you for having served and enlightened them so magnificently”.

A speech which the First Lady attended in the front row, alongside the widow of the actor, Juliette Carré. The 88-year-old actress, who often gave the reply to her husband, showed herself worthy in pain, behind her sunglasses. If she did not hide her sadness, she was able to count on the proofs of affection and the embrace of Brigitte Macron to comfort her. Not far from them were the grandchildren of Michel Bouquet.

The Head of State also addressed a few words and gestures of affection to Juliette Carré. Emmanuel Macron approached the actress to give her a kiss, gently holding her back before staying with her for a few moments. Once the ceremony was over, it was on the arm of Emmanuel Macron and Brigitte Macron that Juliette Carré went to the center of the main courtyard of the Hôtel national des Invalides before leaving it with the President of the Republic. who held her arm while exchanging a few caresses to the applause of the guests.

A few hundred admirers attended the tribute paid to the actor and comedian at the Invalides, to say goodbye to “a great man who remained simple”.