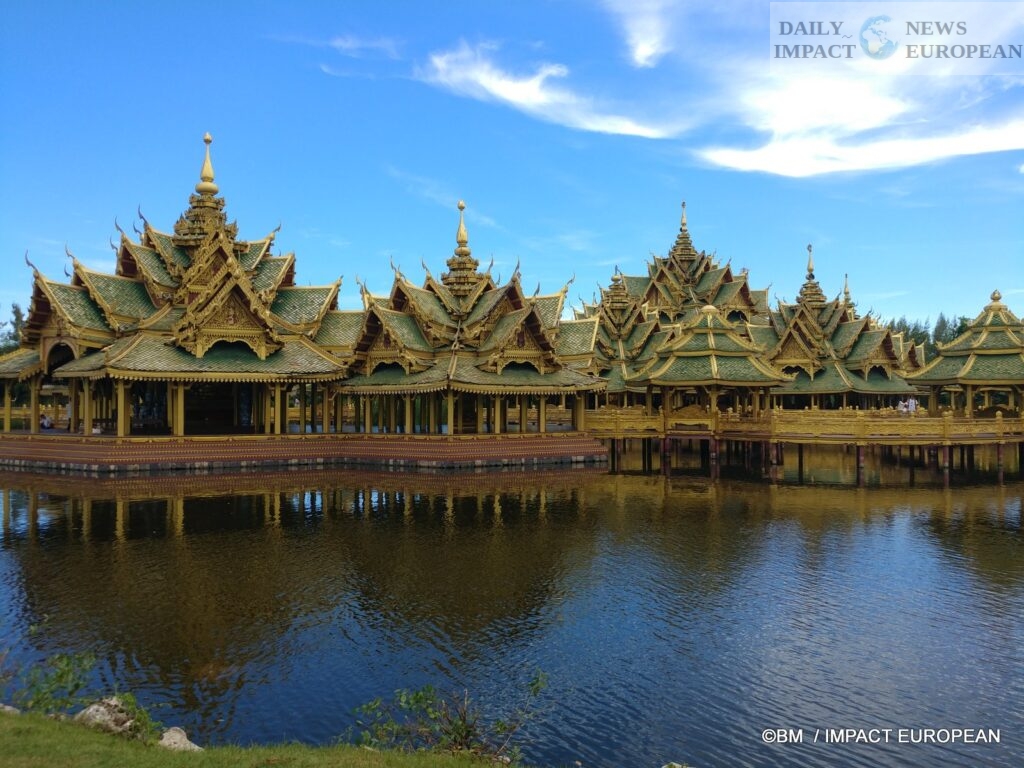 A country very popular with the revealed, Thailand is a country in Southeast Asia, renowned for its beaches, its palaces and its many temples dedicated to Buddha. The best time to go there is between November and March to avoid the rainy season due to the monsoon and the strong heat wave of April.

A country very popular with the revealed, Thailand is a country in Southeast Asia, renowned for its beaches, its palaces and its many temples dedicated to Buddha. The best time to go there is between November and March to avoid the rainy season due to the monsoon and the strong heat wave of April.

The country is divided into 3 physically and culturally different parts:

Capital of Thailand, Bangkok is the most populous city in the country with nearly 7 million inhabitants. Thanks  to its international economic and tourist influence, it is also one of the most influential and modern in Southeast Asia.

Crossed by the Chao Phraya River, it has a large network of canals, the “khlongs”, which is why it is nicknamed the “Venice of the East or the Orient”. One of the most westernized cities in Asia, although it has never been colonized, it offers a mix of styles with its markets and colorful temples.

Many tours are available to tourists, whether by bus, tuk-tuk or boat, day or night. It is thus possible to discover the railway market of Mae Klong, where the stalls are installed near the railway, but also the floating market of Damnoen Saduak. A gastronomic tour allows you to taste the best of Thai gastronomy from each region, through the stands of the Bang Rak market. For lovers of flowers and plants, do not miss the Bangkok flower market, one of the largest in the world, from which orchids, jasmine, lotus or cassier…

The Royal Palace and its temples

The Thai capital also offers the possibility of soaking up the history of the Kingdom of Siam with the Grand Palace or Royal Palace, built in the 18th century. It is surrounded by temples including that of the Emerald Buddha, the most sacred in the whole country because it houses the palladium, the protective image of the country. This 66 cm jade figurine represents Buddha seated and dressed in gold. In the park are the Royal Reception Room, the Royal Cremation Room, the Golden Chedi and the Royal Pantheon.

Ayutthaya, former capital of the Kingdom of Siam

The capital of the Kingdom of Siam was Ayutthaya from the 14th to the 18th century. It is now in an archaeological park north of Bangkok. where you can visit the ruins. The park is listed as a UNESCO World Heritage Site. We discover the temple of Wat Mahathat and its head of Buddha rolled up in the roots of a century-old tree. A statue of a side-reclining Buddha rests in the ruins of Wat Yai Chai Mongkon temple. Another temple to explore, Wat Chaiwatthanaram, built by King Prasat Thong, in honor of his mother. This is also the case of Wat Phra Si Sanpet, the most sacred building of the former Royal Palace. The Thai Kings Summer Palace and the Wat ,Niwet used by Thammaprawat temple with neo-Gothic architecture like European churches, end this visit.

In another, much more contemporary style, the King Power Mahanakhon (formerly Mahanakhon) is the tallest building in Thailand with a height of 314.20 meters. Located near the Chong Nonsi station of Bangkok’s SkyTrain, this skyscraper, built between 2011 and 2016 by Bouygues Thaï Ltd, cost 620 million dollars. It comprises 75 floors housing accommodation, shops, bars, restaurants, a hotel with 154 rooms and an observation point.

The occupied top floor of the tower is 299 meters above the ground; the viewing platform is the tallest in Thailand at 314 meters high. It offers a 360 degree panoramic view from an indoor and outdoor area.

In 2018, the King Power group bought the skyscraper whose architecture evokes a pixelated image being downloaded, and gave it its current name. In November, one of the largest glass floors in the world, the Mahanakhon Skywalk, a must-see attraction in Bangkok, opens at the top of the King Power Mahanakhon, much to the delight of thrill seekers.