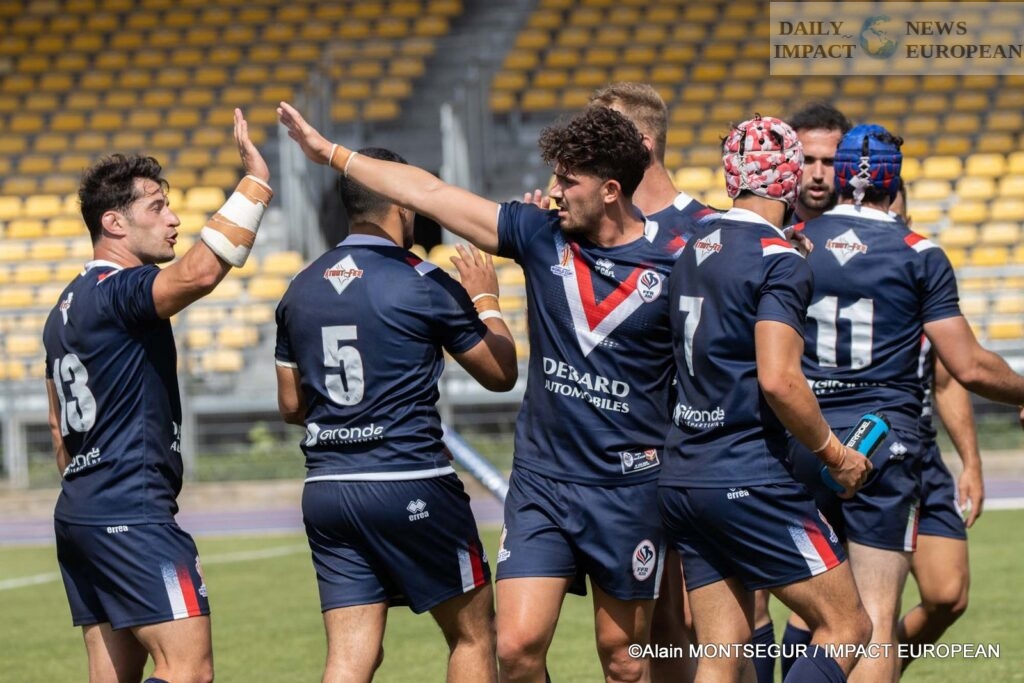 This Sunday, June 19 in Albi, the France team to dominate Wales four months before the World Cup. At the break the Blues led 12-0, they finally won 34-10 with 6 tries.

This Sunday, June 19 in Albi, the France team to dominate Wales four months before the World Cup. At the break the Blues led 12-0, they finally won 34-10 with 6 tries.

Despite the very intense wind on the Municipal Stadium of Albi, the Blues managed the first act well. With the headwind, they still scored two tries in the first forty minutes thanks to captain Benjamin Garcia (19′) and Mickaël Goudemand (35′). The French therefore logically led at the break (12-0).

Benjamin Garcia, lead the way. He took the Welsh defense from default thanks to an inside return, then he made the difference thanks to his power. He falls on his back but manages to flatten. It is transformed by Mourgue: (6-0).

After good work from Pélissier, Goudemand scored the second try of the Blues in power. Mourgue succeeds in the transformation: (12-0).

Pélissier recovers the ball and makes a very nice fake pass. He deceives the Welsh defense and scores the third try for the Habs. They begin the second act perfectly. Escaré, who replaces Mourgue in the role of scorer after leaving the field, succeeds in the transformation: (18-0).

In the three-quarter line, Benjamin Julien is well served in the meantime. He manages to score despite the return of two defenders. The Catalans Dragons player scored the fourth try for the Blues. The transformation is missed by Escaré, it is the first failure for the French against the poles: (22-6).

In the 20m line, Escaré recovers the ball and accelerates in the interval. Thanks to his burst of speed, he spins under the posts. A was arguably the best tricolor on the field this afternoon. Escaré knows how to do everything, since he also transforms his try: (28-6).

A few meters from the goal line, the pillar of the Blues takes everything in his path and scores the sixth try of the Tricolores in power. Escaré succeeds in the transformation: (34-6).

The Red Devils find space, following an offload from Wallker. It is Dalton Grant who flattens this essay. The transformation is missed: (34-10).

Laurent Frayssinous, coach of the XIII of France: “This is an important year for the French team, and a wonderful opportunity to prove that French rugby league is on the right track. The French team wants to show its progress with each outing and this test match against Wales is another step in our quest for success at the next World Cup. The objective will be to improve the performance against England last October and I have shared with the group these specific points and the objectives to be achieved. We are talking about the highest standards in our country when we are called upon to write the history of the French team. The players and the staff are eager to meet for the preparation of the match in this treizist stronghold that is the city of Albi.

This victory is a good omen for France, a few months before the World Cup. The latter takes place from October 15 to November 19, in England. In their pool, the Habs will face England, Samoa and Greece.

They did the job this Sunday in Albi, against a team considered weaker on paper. The French gave their opponents six tries (Garcia, 19′, Goudemand, 35′, Pélissier, 41′, Julien, 56′, Escaré, 60′, Bousquet, 70′). They also knew how to manage the very strong wind during the first act. A good omen before the 2022 World Cup next fall.