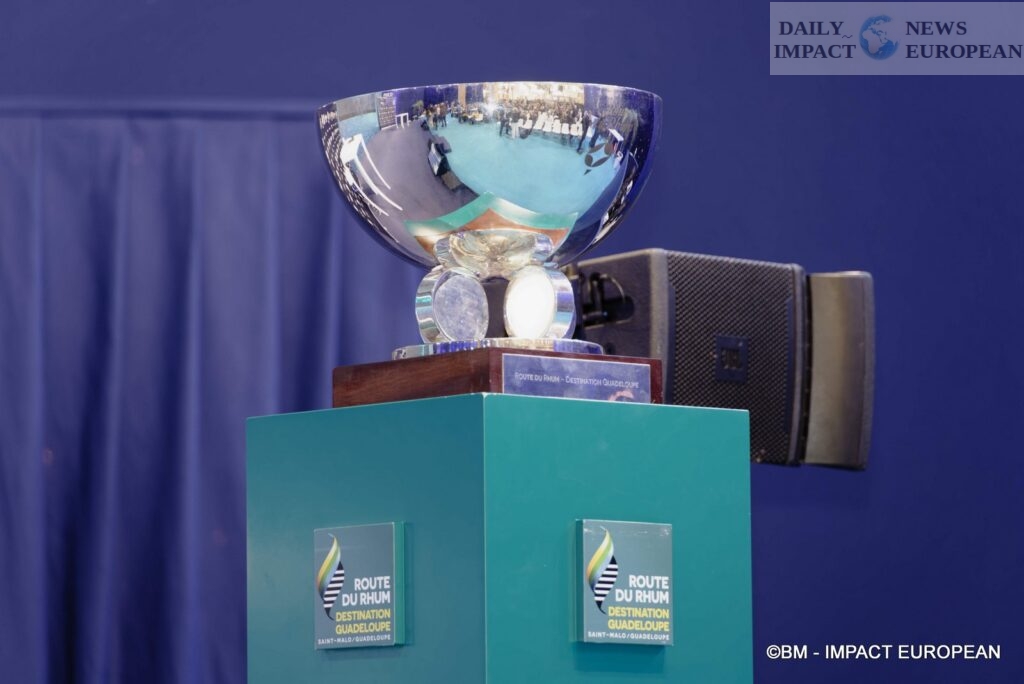 The skippers of the 12th edition of the Route du Rhum-Destination Guadeloupe were present on Saturday December 10 at the prize ceremony for the famous race.

The skippers of the 12th edition of the Route du Rhum-Destination Guadeloupe were present on Saturday December 10 at the prize ceremony for the famous race.

The 6 classes and categories were represented starting with the big winners.

First report of the record

With 138 competitors departing from St Malo for this mythical solo transatlantic race, the 2022 edition has kept its promises by beating records despite difficult conditions. On arrival in Pointe-à-Pitre, there are 103 competitors after the retirements.

In 1978, Michel Etevenon created the queen of solo transatlantic races. For 44 years, it has linked St-Malo in Brittany to Pointe-à-Pitre in Guadeloupe, bringing together the largest number of ocean sailing boats on the same starting line. This transatlantic is distinguished by the diversity of classes and the mix of genres over a total distance of 3,542 miles.

Every 4 years, sailing professionals and shipowners, women and men come together to take part in the race, like the first in 1978, won by Mike Birch and his yellow trimaran, ahead of Michel Malinovski and his large monohull blue, 98 seconds apart.

Big names of navigators are associated with the Route du Rhum-Destination Guadeloupe. Note Florence Arthaud, “The little bride of the Atlantic” or Alain Colas and Loïc Caradec, who died tragically, respectively in 1978 and 1986.

The winner of the 2022 crossing is Charles Caudrelier on Maxi Edmond de Rothchild in 6 days 19 hours 47 minutes and 45 seconds. He dethrones Francis Joyon, winner of the 11th edition at the helm of his maxi-trimaran IDEC-SPORT, with 7 days, 14 hours, 21 minutes and 47 seconds, including 11 minutes and 7 seconds ahead of his adversary François Gabart. The latter, holder of the round the world sailing record for nearly 12 years. (2004-2016), winner of the Jules Vernes Trophy in 2017, completed his crewed sailing trip in 40 days, 23 hours, 30 minutes and 30 seconds. For the 2022 edition, François Gabart competed on an SVR-Lazartigue.

The Route du Rhum-Destination Guadeloupe is a great celebration that attracts millions of visitors every 4 years from both sides of the Atlantic, bringing together activities for the greatest pleasure of enthusiasts and the curious.

In St-Malo, the free village with free access was open from October 25 to November 6. On 70,000 m². Nearly 2 million visitors were able to discover the “Ultims”, giants of the seas, who did not have access to them before. This year, all the boats were grouped together on the quay, at the foot of Intra-Muros and the Palais du Grand Large. In front of the city walls, each class had a dedicated day to parade.

Upon arrival in Pointe-à-Pitre, not 1 but 3 villages welcomed the participants and tourists during the parades: Bas-du-Fort marina village, from November 12 to 27; Village Basse Terre, from 16 to 19 November and Village du Mémorial Acte, from 12 November to 4 December.