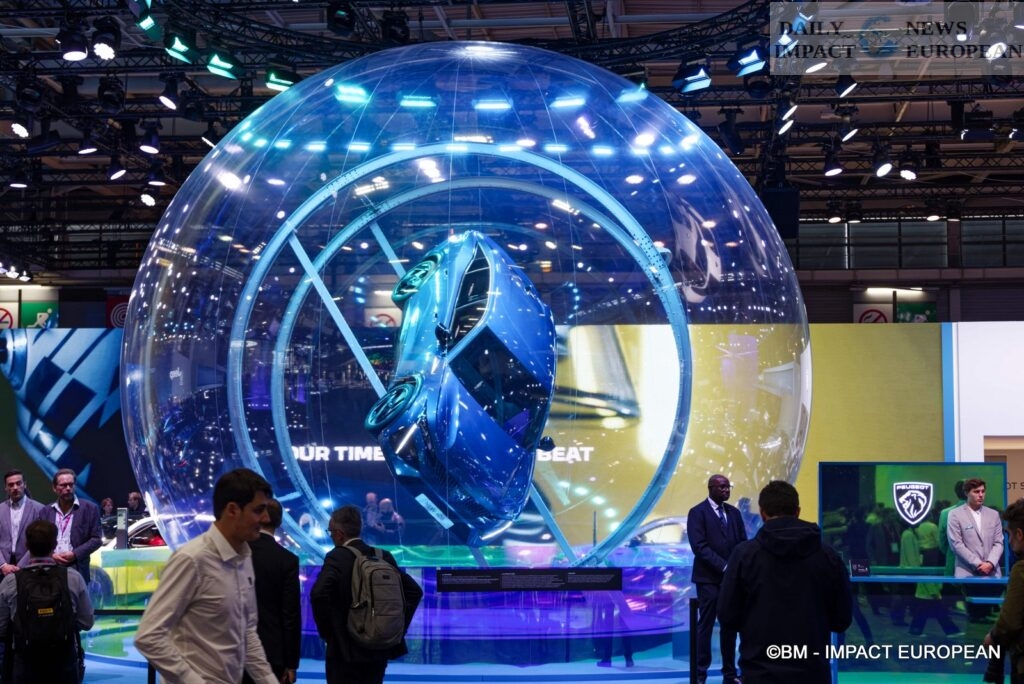 124 years after the first auto show in Paris in 1898, the 89th edition of the Mondial de l'Auto was held at the Porte de Versailles Exhibition Center (75015), from October 17 to 23. The Paris show is held every two years in October at Paris Expo.

Present in 5 cities around the world, the motor show is an unmissable event for car enthusiasts. It can be found in Paris, Frankfurt, Geneva, Detroit and Tokyo.

124 years after the first auto show in Paris in 1898, the 89th edition of the Mondial de l’Auto was held at the Porte de Versailles Exhibition Center (75015), from October 17 to 23. The Paris show is held every two years in October at Paris Expo.

It took 4 years to find this major international automotive meeting. which was welcomed twice less by the public compared to 2018, following the Covid-19 pandemic. Unfortunately, the event was shorter this year with only 7 days instead of 13 in the context of a fuel crisis and economic difficulties. During the week, visitors were able to meet manufacturers and discover innovations, from city cars to sports cars, including sedans and hybrid vehicles. It was also a privileged encounter with new fuels, new technology and developments in the field of electric vehicles.

A noticeable absence of German groups

We noted the absence of many brands including the entire Volkswagen group, Audi, Seat, Cupra, Skoda Bentley, Porsche or Lamborghini, but also the BMW and Mercedes groups. In the Stellantis group, a Franco-Italian-American multinational automotive group founded on January 16, 2021 resulting from the merger of the French group PSA Group and Fiat Chrysler Automobiles, many manufacturers have not made the trip like Alfa Romeo Tonale, Fiat, Lancia, Maserati, unlike Peugeot, DS Automobiles, and Jeep, which exhibited its first 100% electric vehicle, the Jeep Avenger, and an all-terrain concept as a world premiere.

Small French manufacturers presented novelties such as Raffer and its TB02 racing car, Devalliet and its vintage Mugello roadster, Genty with its Akylone supercar, Pantore Automobiles with its thermal and electric Vakog supercar, KGM and its Erc 140 electric sports car as well than Beltoise eTechnologie with its BT01.

The national manufacturer Renault occupied several stands including those with 2 new concept cars concerning the modern and electric reinterpretation of the 4L and the R5. This is how we were able to discover the Renault R5 Turbo 3E, a descendant of the Turbo 2 cut out for drifting, the new Kangoo E-Tech and the Austral hybrid.

For its part, Alpine presented its latest versions of the A110, its single-seater engaged in F1 and a new electric concept car. Dacia presented visually updated models including the Duster Mat Edition special series and the Manifesto concept car. Mobilize showed its new electric quadricycle, the Mobilize Duo.

Asia and its brands

The Chinese manufacturer Ora came with its luxurious sedan The Next Ora Cat but also the Ora Funky Cat, while Byd had 3 models including the Byd Atto 3 and the BYD Han.

Vietnamese VinFast was in Paris for the second time. He announced the opening of 3 headquarters in Europe, in Frankfurt, Amsterdam and Paris where he presented 4 electric models, the VF6, VF7, VF8 and VF9. He also participated in the Paris World Cup for the first time in 2018 with a remarkable show and the presence of Miss Vietnam and footballer David Beckham.

For Switzerland, Micro Mobility Systems came with its Microlino electric quadricycle. France had bet on the XEV Yoyo, a micro city car with an attractive design and colors, printed in 3D and the Weez City Pro from the national company Eon Motors. Another French novelty, the Swapper Triango +, an electric scooter with a 5 kw motor, 3 wheels rechargeable in just one minute and allowing you to travel 60 km in one minute.

The Hopium Machina, the 100% hydrogen car

Unveiled at the 2022 World Cup, the Hopium Machina is a high-end hydrogen-powered sedan, manufactured in Vernon in Normandy. This project by the start-up Hopium was led by the former winner of the 24 Hours of Le Mans, Olivier Lombard. The Vernon manufacturing facility will open by 2024.

The vehicle is powered by a fuel cell which produced electricity. The chemical reaction between the hydrogen (H2) stored in the tanks in the vehicle and the dioxygen (O2) produces electricity, heat and water vapor which escapes in the form of gas through a pipe located under the vehicle.

Presidential visit for the inauguration

The President of the Republic Emmanuel Macron explained the Mondial de l’Automobile on October 17, after 4 years of absence. He was accompanied by Bruno Lemaire, Minister of Economy and Finance and met the bosses of the automotive industry, Carlos Tavares (Stallentis) and Luca de Meo (Renault). It was an opportunity to announce new boosts to the purchase of electric cars.
The ecological bonus will be increased from 600 to 7000 euros for half of households buying an electric car. Charging at electric terminals will be included in the tariff shield on energy prices. For low-income households, an electricity rental offer at €100 will be offered.
Furthermore, the President called for European solidarity in the purchase of electric vehicles. Production in Europe is privileged over nationality.

A Ferrari to win

A Ferrari Roma was put into play during a raffle during the Mondial de l’Auto. The profits were reversed to the “Imagine” Institute to advance research on genetic diseases and improve the lives of families affected by these diseases. Entry was €5 minimum.