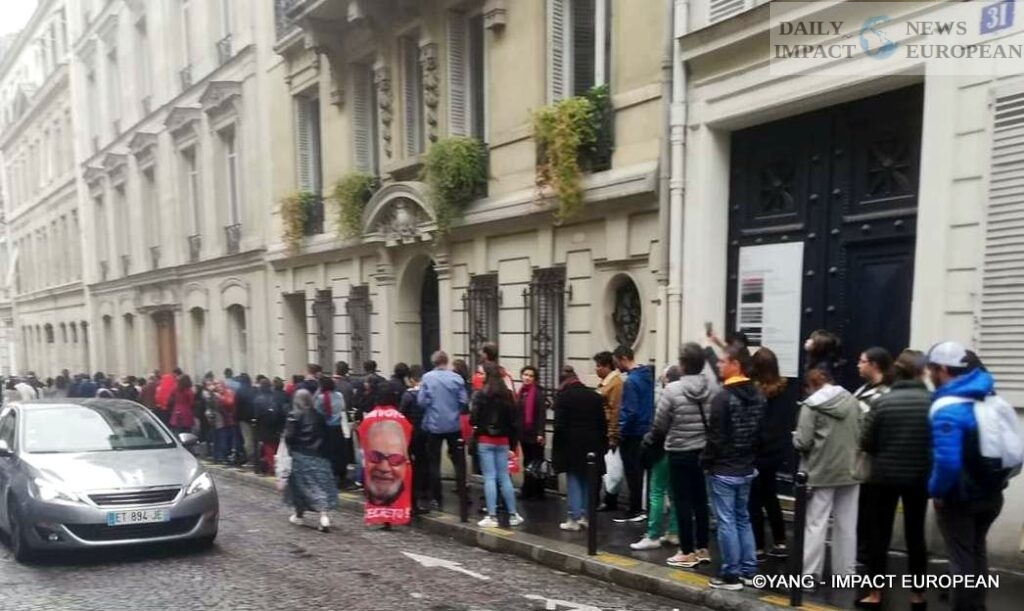 The former Brazilian president (2003-2010), favorite of the election for several months, emerged victorious, despite an ultra-tight ballot against his conservative opponent Jair Bolsonaro.

The former Brazilian president (2003-2010), favorite of the election for several months, emerged victorious, despite an ultra-tight ballot against his conservative opponent Jair Bolsonaro.

Left-wing leader Luiz Inacio Lula da Silva was elected Sunday for a third term as head of Brazil, very narrowly outdistancing outgoing President Jair Bolsonaro who five hours after the official announcement of the results still had not recognized the victory of his hated rival.

The elected president obtained 50.90% votes against 49.10% for Bolsonaro, just over two million votes ahead of 156 million voters. This is the tightest election in the history of Brazil since the return of democracy in 1985, after twenty-one years of military dictatorship, illustrating the establishment of Bolsonarism, called to survive the defeat of its leader.

Lula’s re-election as head of Brazil is greeted with relief by expatriates in France, who voted 82% for him. In Metz, the diaspora and its supporters gathered at the home of one of its supporters, Cléonice Champomier, to celebrate this political change.

“Here, you are a bit like the Consulate General of Brazil in Metz,” smiles Jean-Michel as he welcomes his visitors. His house in Metz-Queuleu is indeed known to the Brazilian community and the local media for being every four years, at each Football World Cup, the place for feverish evenings around the Auriverde team. But this Friday evening, a few days before the start of the competition in Qatar, it experienced the same type of crowd and atmosphere, but for another event. This time it was a question of celebrating – with a caipirinha of course – the election of Lula, the new Brazilian president who beat on the wire…

Lula finds the presidential palace of Planalto twelve years after leaving power. When he takes office on January 1, he will be at 77 the oldest president in the history of Brazil. He has already announced that this sixth candidacy will be the last. “Now I want to vote for others,” he said Sunday.

At the end of an evening full of emotions and suspense, Lula’s victory was greeted by explosions of joy in the major cities of the country. Jubilant crowds had taken to the streets even before the official announcement, shouts “it’s Lula” rang out, firecrackers and fireworks broke out, horn concerts sounded. Avenida Paulista, the “Champs Élysées” of São Paulo, was dark with people from the end of the afternoon.

In Rio de Janeiro, it was the party in the large square of Cinelandia, in the center, where thousands of people gathered to celebrate Lula’s victory.

Lula gave a peaceful victory speech that, beyond his constituents, was addressed to all Brazilians. “It’s time to lay down your arms,” ​​he said, surrounded by his centrist allies including his running mate Geraldo Alckmin gathered in a large hotel in São Paulo.

“Brazil needs peace and unity”, insisted the elected president, to reconcile a country fractured by four years of Bolsonaro government. His priority, he said, will be “to end hunger” which affects 30 million Brazilians. He also stressed that Brazil was “ready to resume its leadership in the fight against the climate crisis (…) Brazil and the planet need a living Amazon”.

Lula wants to make the fight against hunger and global warming his priorities. But at 77, the former worker, founder of the Workers’ Party, will however have to lead a country deeply divided and diplomatically isolated.

Under the presidency of Jair Bolsonaro, deforestation in the Brazilian Amazon reached a new record, unseen for 15 years. From January to October, nearly 10,000 km² have been cleared, more than 12 times the city of New York.

Environmentalists worry about a “frantic race towards devastation” before the transfer of power to Luiz Inacio Lula da Silva, who promises to protect the lungs of the planet, as soon as he takes office on January 1.