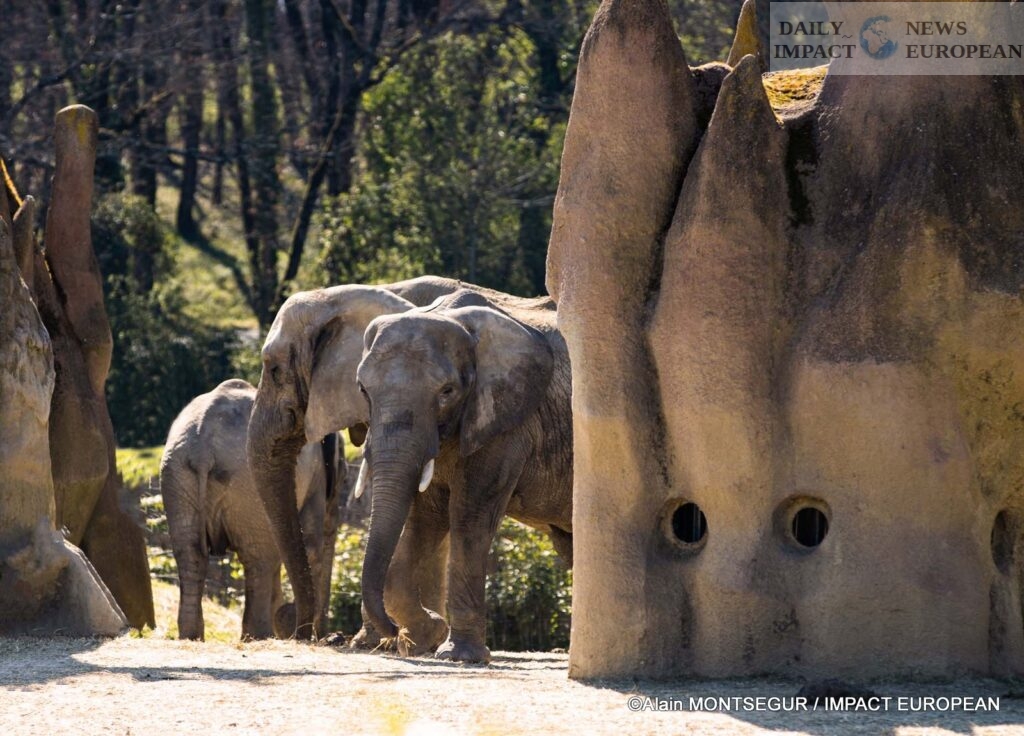 The African Safari zoo is located in Haute Garonne (31), in Plaisance-du-Touch, near Toulouse. It is home to over 600 animals, including 80 wild and some endangered species.

The African Safari zoo is located in Haute Garonne (31), in Plaisance-du-Touch, near Toulouse. It is home to over 600 animals, including 80 wild and some endangered species.

This animal park is the 4th most visited site in Haute Garonne. It illustrates the story of a family passionate about biodiversity and the protection of endangered species. In 1970, the Poumeroulie family set up their zoo in Plaisance du Touch, 20 minutes from Toulouse. His goal was to share his passion and respect for animals as well as biodiversity and preserve endangered species.

After 9 years, their eldest daughter Patricia and her husband Jean-Marc Toniutti took over the park and then passed it on in 2014 to their son René-Pierre.

Little by little, this love for animals turns into a need to save them and share this passion with the public.

Visitors can discover the species in their natural environment by walking in the park or criss-crossing the African reserve aboard their vehicle or a shuttle. They can also take advantage of the fun and educational facilities such as the aquatic complex or the mini farm.

In 1990, a 10-hectare African safari completed the park on foot. This concept allows you to travel by car on the territory of African wild animals in semi-freedom. From now on, there are 2 routes, the walking park and the African reserve, which can be combined. The zoological park then takes the name of African Safari without changing the DNA of the zoo, nor its missions: Conserve, Protect, Research and Transmit.

The African reserve grew by 5 hectares in 2014. It saw the arrival of large animals such as elephants, giraffes and hippos.

The zoo also participates in reintroduction programs for species such as the scimitar-horned oryx. In 2016, he participated in an initial phase of a reintroduction program for the species, sending a female to the United Arab Emirates. Thus in 2019, we were able to witness the birth of 2 females and 1 male, an exceptional fact because the breed is extinct in its natural environment.

After 2 years of work, a space of 3,800 m² has been specially fitted out for the 4 cheetahs: Sheldon, Howard, Radj and Léo. They can thus have fun, play and run there, their speed being able to reach 115km/h.

The other novelty is the presence of Asian otters in an area crossed by the river. They can swim there, weave their way between the rocks and evolve in complete tranquility.

A collaboration between African Safari and the company Xérius, an electrical engineering company specializing in technologies on board animals, began in 2018, on scientific knowledge of biodiversity, in particular pink flamingos. Beacons carried by the birds make it possible to know more about their behavior and their well-being.

Visit the park in your car

All the animals of Africa are at your fingertips during a discovery safari aboard your vehicle, an intrusion into the animal world in semi-freedom, just like during a safari in Africa. You will meet the animals of the savannah by following the tracks and discover watousis, zebras, lions, rhinos, giraffes, elephants and others on their territories.

The visit of the park can also be done on foot by traversing the alleys while benefiting from the freshness of the forest of oaks which shelters about fifty species of the whole world like tigers, of Siberia, red pandas, capuchins, tapirs, meerkats, wallabies, flamingos or macaws…

It is possible to attend the feeding of the animals by being present around 1:30 p.m., the trainers are at your disposal to give all the explanations and answer your questions. every weekend and during school holidays. For animals in the park on foot (makis, porcupines, tapirs, tigers, etc.), commented feeding takes place every day between 3:30 p.m. and 4:30 p.m.

The zoo organizes educational activities for schoolchildren as well as visitors. It organizes weekends of discovery such as, last May, the turtle weekend with the Association Chéloniophile Balmanaise (ACB) which works for the breeding, protection and safeguarding of turtles.

African Safari also celebrates world days including that of migratory birds on May 14 or that of endangered species on May 11. Nor does he forget the birthdays of his residents, including the lion Attila, who celebrated his 5th birthday with his family, or the black panther, Taïga, who turned 19 in April.

Other activities take place at the sea lion pond and the bird park as well as at the mini-farm which houses domestic animals such as goats, sheep or ducks…

Each year, many births take place, including that of the 5 lion cubs born in 2021. On the other hand, other residents disappear like Tapioca who was 20 years old, or Maki, the oldest of the park on foot, this vari maki died at the age of 26.

Commitment to zoos in Ukraine

African Safari has made a commitment to Ukrainian zoos by donating the sum of 1,000 euros to fundraising organized by EAZA (European Association of Zoos and Aquaria). This sum will help to fill part of the lack of food and care for the animals.

At the same time, the park supports the Anoulak Association through the AFdPZ (French Association of Zoological Parks), located in Laos. This association is dedicated to biodiversity in the Protected Area of ​​Nakai-Nam Theum (Annamite Mountains) . It helps the villagers to develop local crafts (making baskets) while preserving biodiversity, culture and skills.

The zoo often offers job vacancies in different fields (keepers, catering, etc.). There is also a day of “Zoo Professions” with a behind-the-scenes visit (veterinarian’s laboratory, space for keepers and animals) and meeting with the heads of the different sectors (educational or animals). There are also internships to become familiar with the professions of the zoo.

African Safari is open all year round, including public holidays.
(It is mandatory to book your ticket on the internet to avoid waiting at the cash desks except for subscribers, reduced rates and prepaid tickets (Serenity rates, CSE tickets … Choose the date and time of arrival for the reservation) .

The cafeteria is open:

– daily from April to August 31;
– weekends and public holidays from September to the end of March;
– Parking, shops, play areas and restaurants.

Reduced rate for people with reduced mobility and students. Possible subscriptions to come as you wish.