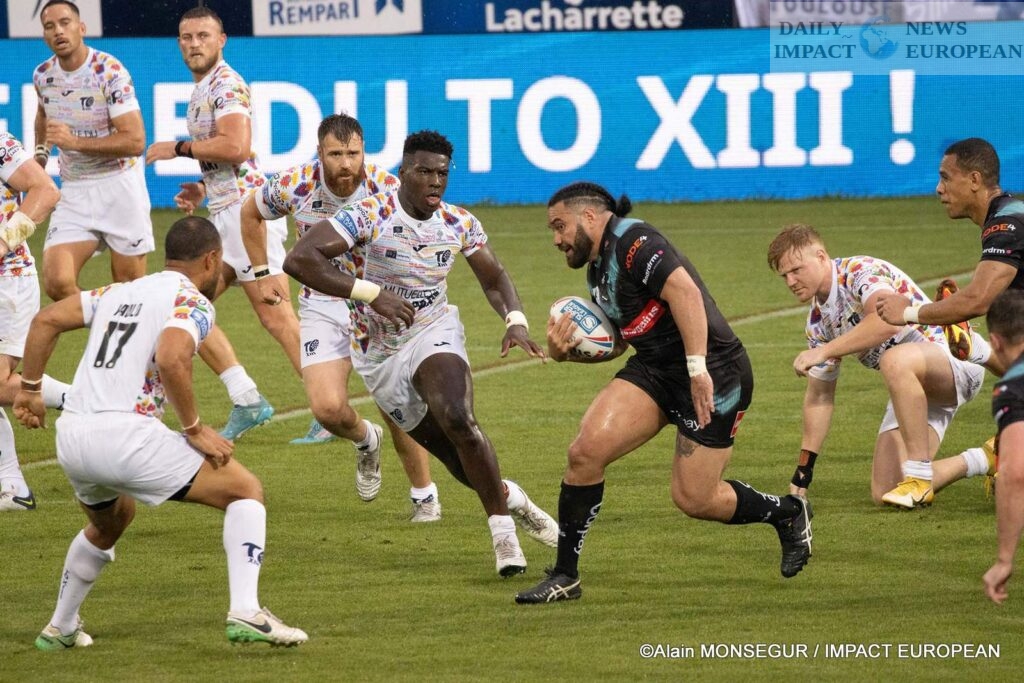 Toulouse Olympique, last in the standings, received on their own ground, the leader and three-time defending champion St Helens, during the 14th day of the Super League. The English who fell on March 19 in Ernest-Wallon, this time they did not stumble.

The challenge for the Olympians is always to move up the rankings in order to get out of the red zone.
For the Saints, the objective is to remain first in the standings and not to be joined by the Catalan Dragons who are two points behind.

There have been two confrontations between the TO and the Saints: the first time was in 2010, in the Challenge Cup, where the Olympians lost 56 to 16; the last confrontation dates back to last March when the Blues and Whites won 22 to 20 on their lawn at the Ernest-Wallon stadium.

The St Helens side remain dominant in this competition and have lost just two games since the start of the season. Their goal on June 4 was to take their revenge on the TO and stay at the top of the standings.

Regan breaks through the Toulouse defense, relies on Srio to find Morgan Knowles, whose speed leaves the very lively Olly Ashall-Bott nailed. The English file flatten for the first try of the Saints (2-4).

Regan Grace blasts the Toulouse defense and once again, the left side of Haut-Garonne is caught out: Konileti Hurrell can escape alone along the line. The Tongan taking such a lead in the race, that he manages to flatten between the posts. Makinson converts (2-14).

Opportunistic Regan Grace intercepts a ball and goes to flatten alone between the poles. Makinson converts (8-26).

In the opposing 10m, Chris Hankinson is found at the end of the line and manages to flatten. He transforms himself (14-26).

The Welshman from St Helens made Toulouse dizzy for almost the entire game. The left winger, symbol of the liveliness and technical mastery of the Saints, gave a lot of trouble to his Toulouse counterpart, the Perpignan Ilias Bergal. Author of a test full of opportunism, he is also the direct origin of the third test of St Helens.

Beaten for the 12th time in 14 matches this season, the Toulousains remain last in the standings. This Saturday, they appeared physically a notch below their opponents. Next match: reception of Castelford, mid-table team, Sunday June 12 (3:30 p.m.).