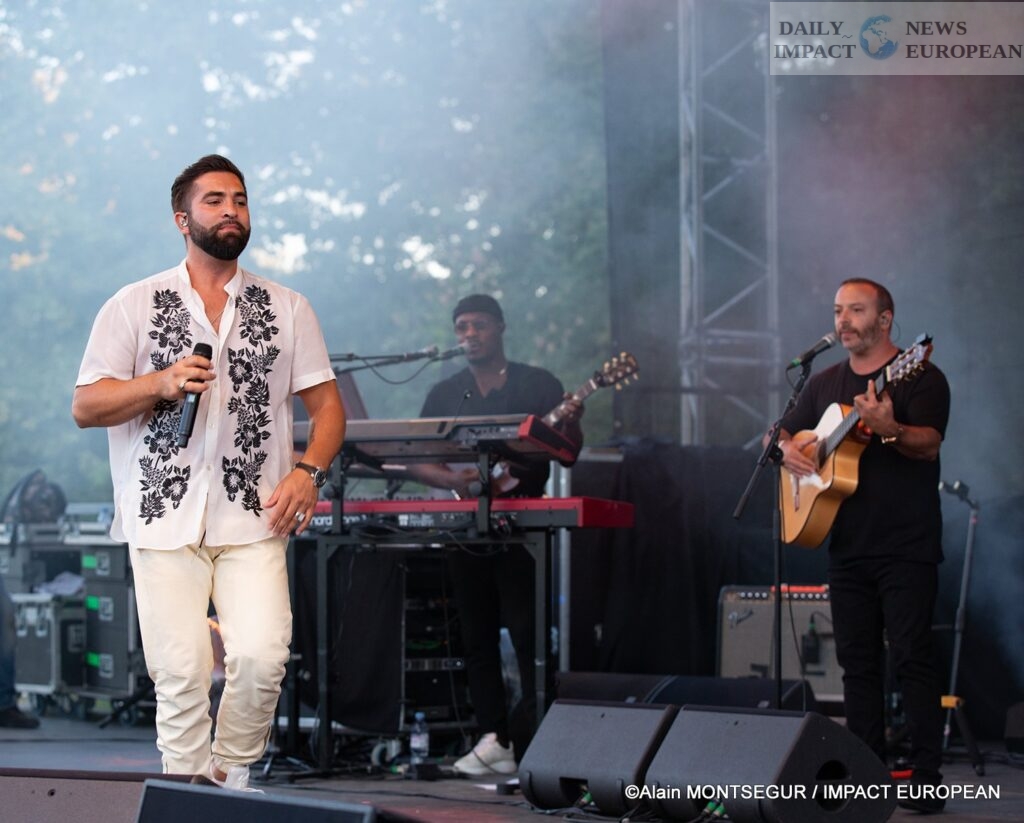 This musical event is part of a rich cultural program. Thanks to its partnership with the organizer Bleu Citron, the Château de la Garrigue has set up a very eclectic program.

This musical event is part of a rich cultural program. Thanks to its partnership with the organizer Bleu Citron, the Château de la Garrigue has set up a very eclectic program.

A summer marked by cultural events for all tastes and all ages. This is the will of the owners of the Château de la Garrigue, located in Villemur-sur-Tarn, which opened its doors with singer Kendji Girac on Tuesday July 12 at 8 p.m.

Of Catalan origin, Kendji Maillé of his real name, was born on July 3, 1996 in Périgueux in the Dordogne. At the age of 8, Kendji Girac already sings accompanied by his father on the guitar.

Convinced of his talent, his uncle uploads a video on Facebook in which his nephew takes up a title of Master Gims.

The video goes around the web, and the casters of The Voice invite the young singer to try the adventure. Kendji Girac wins the third edition of TF1 tele-hook, in front of 6.5 million viewers in May 2014.

The following summer, he made the whole of France dance with his hit Color Gitano. His musical style, gipsy-pop, met with unexpected success. His first album was released in September of the same year and rose to the top of sales with more than 350,000 copies sold. In December 2014, he won two prizes at the NRJ Music Awards: French revelation of the year and best song for Color Gitano.

As part of his tour for the album “Mi Vida” released in 2021, the winner of season 3 of The Voice will take to the open-air stage of the castle. As usual, the gipsy pop prodigy will try to convey his joy of living with the help of his dancing and summery music.

There will be concerts in various styles, comedy shows, plays, illusion shows and the Miss Midi-Pyrénnées ceremony.

Already accustomed to receiving many people thanks to the afterworks scheduled every Thursday, weddings, congresses, seminars or even at its restaurant, the castle wishes to expand its cultural offer this summer. Performances by Noëlle Perna, Pierre-Emmanuel Barré and Fabrice Éboué will notably be on view from this month of July.

To date, Kendji Girac is one of the singers who are a hit in France. In recent years, the star has multiplied the projects to the delight of his fans. Versatility does not scare him. Quite the contrary! Like music, cinema fascinates him just as much.

But on June 30, Kendji Girac worried his fans. In the midst of turmoil, the singer canceled a series of concerts to be able to rest.

Last May, Kendji Girac also made a remarkable appearance at the 75th edition of the Cannes Film Festival. The opportunity for him to find the beautiful Eva Longoria whom he greatly appreciates! Since then, Eva Elba’s dad has been performing performances all over France. But on June 30, 2022, the interpreter of “Color Gitano” made a sad announcement to his community: “Friends, I’m really sorry. But I will not be able to do my two concerts scheduled for this evening in Montélimar and tomorrow evening in Givors. I’m sick, I have no voice. I’m resting to find you soon.”

After the opening which took place at the Château de la Garrigue, singer Kendji Girac continued his tour at the Fête du Pain, in the Dordogne, and was acclaimed for his first concert at the closing of the Fête du Pain in Mensignac this Friday July 15, he who came to the festival when he was little.

Kendji Girac will soon be on our small screens

Kendji Girac tries his hand at comedy in a first TV movie entitled “Champion” and will soon be broadcast on TF1. The trailer is out and the singer plays a boxing carpenter who finds himself forced to reveal his secret: he is illiterate. For this role, Kendji had to train and gain muscle.