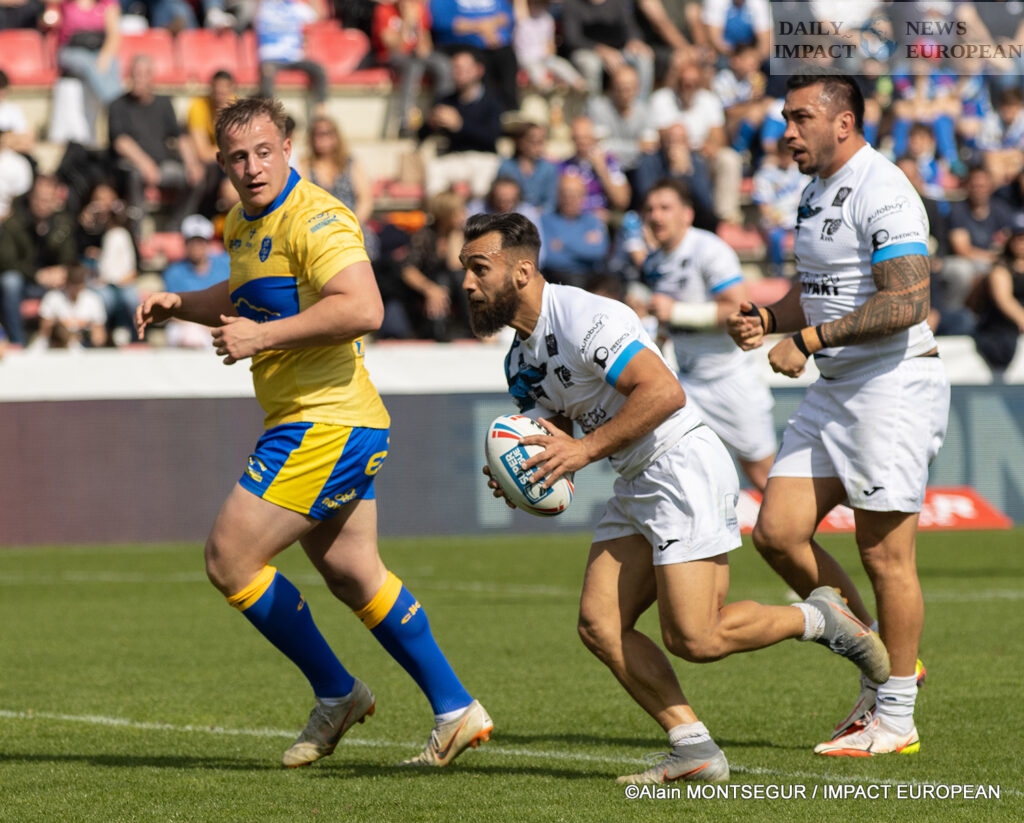 The TO remain in last place one unit behind Leeds their next opponent on Friday night at Headingley.

After their defeat against the Catalans Dragons, Toulouse Olympique challenged Hull KR to try to grab a second victory this season.

After the narrow defeat in Perpignan (10-18), Toulouse suffered the same fate with Hull KR. Admittedly, the difference in score (-4) is minimal, but the frustration is even greater. And yet, Tony Gigot’s teammates for fifty minutes mastered the meeting well.

The start of the match is rather to the advantage of the English but the defense of TO XIII is in place and repels the first attacks. This good defense offers the first situations to the Olympians who will hit the mark. Maxime Stefani pierces the defense and serves Lucas Albert who will score his first try with Toulouse, 6 to 0.

In the first period, the copy was satisfactory. With an impeccable defense, double-locked like a Swiss safe, the Olympians then improved their offensive intentions. Twice, Lucas Albert and Mitch Garbutt found themselves in the Rovers 12-0 in-goal.

The second act starts very well for the English, Toulouse commits a forward from the recovery which gives a good ammunition to Hull KR. Ryan Hall is at the end of the line to reduce the score but the transformation does not pass, eight points ahead for the Olympians (12-4).

A feat from the Rovers canceled by a banderilla from Paul Marcon which reinforced the Toulouse capital a little more (18-4). Suddenly, Olympic Toulouse experienced a fatal air pocket. Ammunition was (unfortunately) offered to Captain Kenny’s formation.

The Toulousains stay in their match and respond tit for tat to the Robins, Andrew Dixon breaks the line to send Paul Marcon to the test, 18-4 in the 50th minute. But the players of Sylvain Houles will experience 10 terrible minutes with no less than three tries conceded. It was first Ryan Hall who offered himself a double to bring the score to 18-10.

In the aftermath, George King breaks the Olympian line to score England’s third try before Jordan Abdull is perfectly found in support to allow his team to pass thanks to the conversion which passes, 18-22.

Euphoric at the end of the meeting, Hull consolidated their lead with a final strong achievement from the Storton pillar (18-28).

Toulouse throws its last forces into battle but again makes a fatal mistake. Matty Storton crosses the line and scores the Robins’ fifth try nine minutes from time, the break is made. Toulouse restarted the match two minutes from the end with Paul Marcon’s double in the corner. Chris Hankinson continues his faultless but it will not be enough, the Toulouse had a healthy reaction at the end of the game. Ideally served in the end, Paul Marcon reduced the score to a more reasonable proportion (24-28), a score entirely consistent with the physiognomy of the debate.

After leading 18 to 4, Toulouse Olympique lost 24 to 28 against Hull KR and as against the Catalans Dragons, Sylvain Houles’ men will have regrets.

The TO remain in last place one unit behind Leeds their next opponent on Friday night at Headingley.