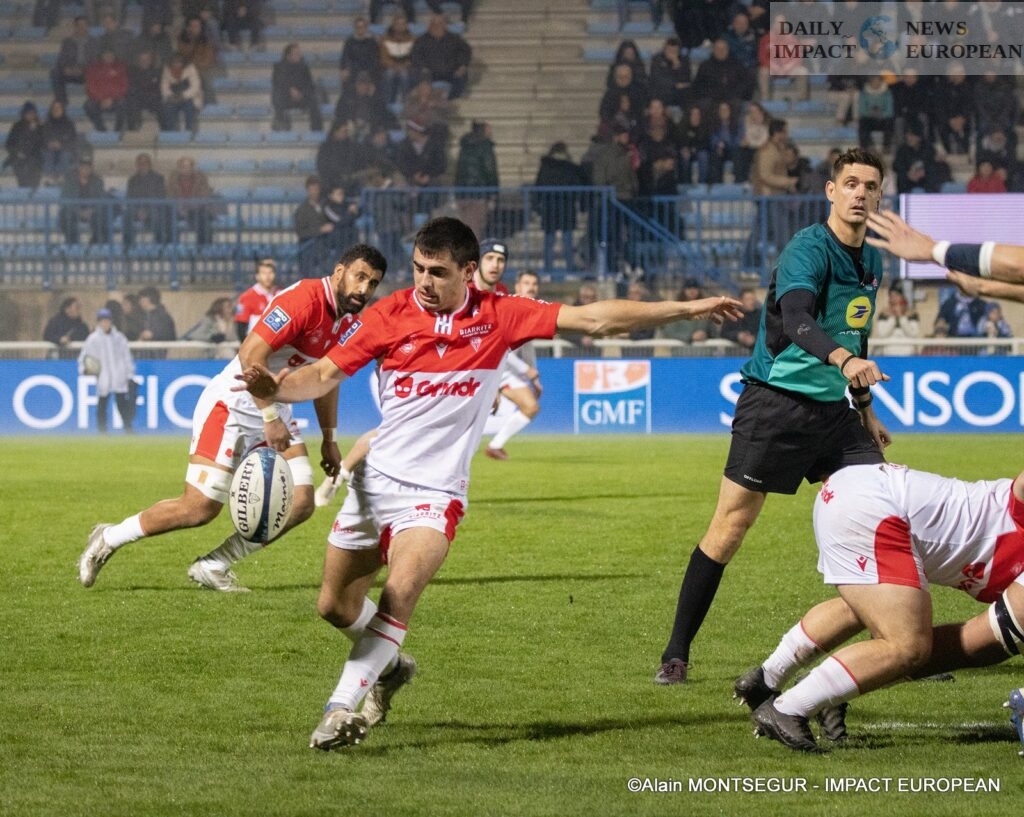 Colomiers had not won against Biarritz since 2019.

Colomiers had not won against Biarritz since 2019.

Colomiers (6th in the standings before the match) received Olympic Biarritz (3rd). And it was the Columérins who emerged victorious from this clash between contenders for the first six places, 23-17. In front at the break (17-14), the locals showed more control, in the second half, to maintain their lead.

The good shot of Colomiers. The Columérins overcame Biarritz, third in the standings, to Michel-Bendichou (23-17) on Friday and are now four points behind Mont-de-Marsan. The locals find themselves fifth and come back to within two points of their evening opponent.

Beaten in two of their last three games at home, Colomiers did not want to disappoint their fans once again. That’s why Anthony Coletta’s partners started the meeting with a bang. Better than the Biarrots in the game at the foot of occupation and generally sharper on their runs with the ball, the Columérins had possession at the start of the match.

If the meeting was still undecided, it undeniably lost in quality at the same time as the clock progressed. Still as dominating in terms of the game at the foot of occupation or in closed scrum, Colomiers missed the opportunity to go back in front when the penalty from Javaux (53rd) fell to the right of the posts, but five minutes later, the number ten settled the target and scored the first points for his team in the second half, after a new scrum dominated by his pack of forwards (20-17, 58th).

Fifteen minutes from the end, Seguela received a yellow card for an airborne charge on Artru (66th), but still imprecise in touch, Biarritz failed to improve his numerical superiority. In the process, the two teams found themselves at fourteen against fourteen since Luka Azariashvili in turn received a yellow card (70th) for an offside, while his team chained faults five meters from his in-goal. After trying to bend the Biarritz scrum, Colomiers ended up asking for the posts and Maxime Javaux gave his team a six-point lead (23-17, 73rd). The score did not move until the siren, despite a last possession of the Basques in the 30 columérins meters, one minute from the end