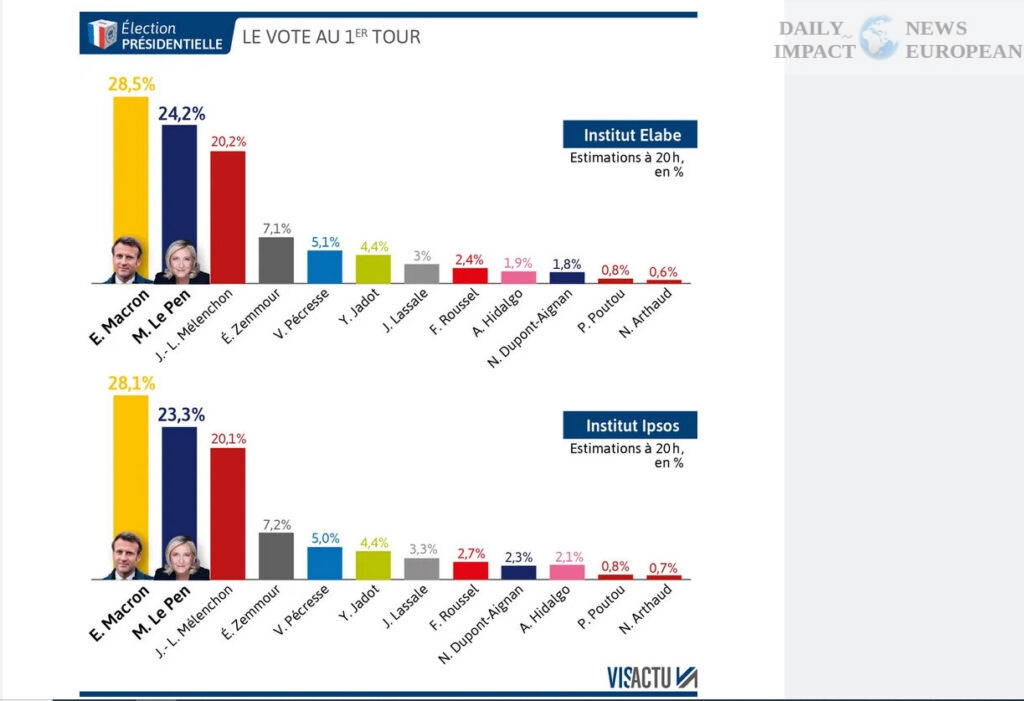 According to the first estimates at 8 p.m., Emmanuel Macron is in the second round with 28.6% of the vote, ahead of Marine Le Pen with 24.4% of the vote.

According to the first estimates at 8 p.m., Emmanuel Macron is in the second round with 28.6% of the vote, ahead of Marine Le Pen with 24.4% of the vote.

As in 2017, Emmanuel Macron and Marine Le Pen will face each other in the second round of the presidential election, with a clear advantage to the outgoing president credited with 27 to 29.5% of the vote ahead of the RN candidate, given at 23/24 % at the end of the first round on Sunday. After months of an atypical campaign which mobilized little, abstention was higher than five years ago, between 26 and 29%, according to polling institutes.

With the third place of the Insoumis Jean-Luc Mélenchon (20/21%), this election confirms the collapse of the two parties that governed France from the Fifth Republic until 2017, which achieved the worst score in their history: Valérie Pécresse (LR) around 5% of the vote and Anne Hidalgo (PS) with 2%. Despite his high score, close to that of 2017 (19.58%), Jean-Luc Mélenchon ultimately failed in his challenge to capitalize on the argument of useful voting against the far right to rise in the second round. For his third presidential campaign, the leader of the Insoumis has however managed to take the leadership on the left.

Fabien Roussel, Jean Lassalle (around 3%), the sovereignist Nicolas Dupont-Aignan (1/2%), the anti-capitalist candidate Philippe Poutou (around 1%) or even the leader of Lutte Ouvrière Nathalie Arthaud (less than 1%), content below 5%, will have to settle for modest reimbursements for their campaign. 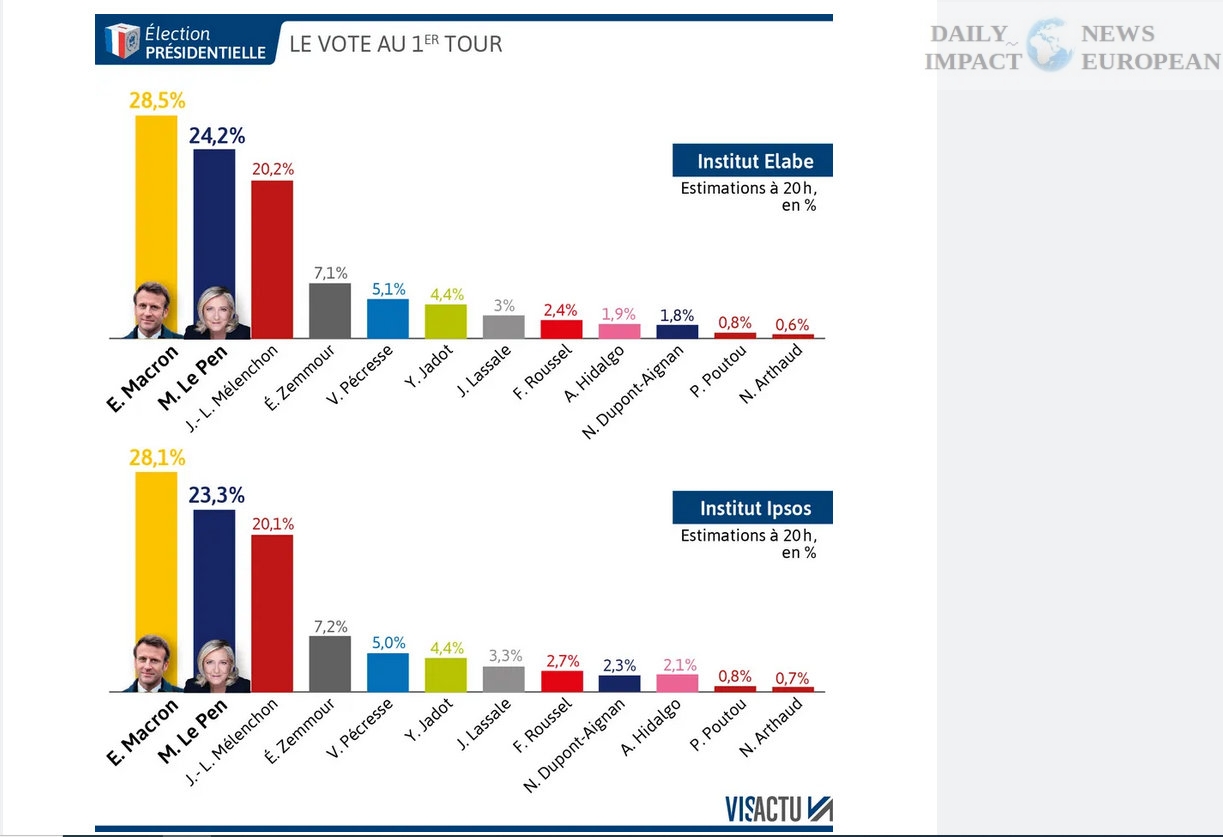