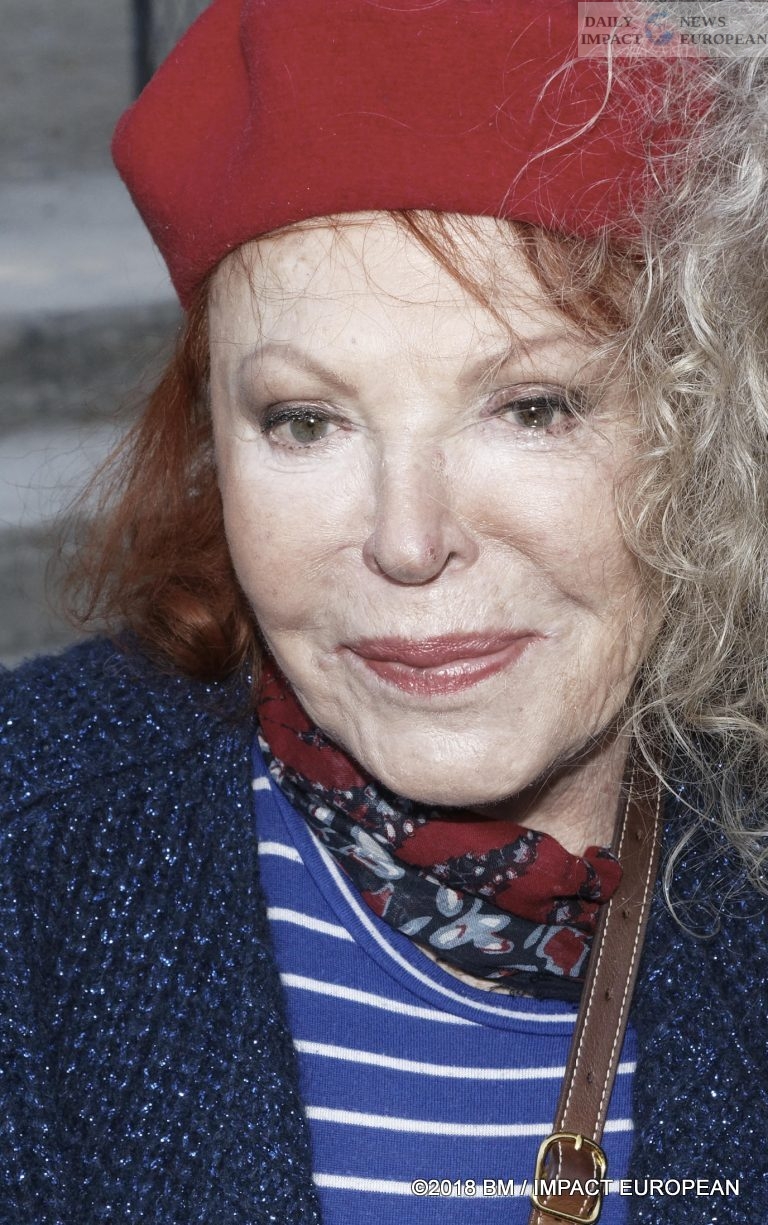 It is with sadness that we learned of the death of the singer and businesswoman, Régine, "Queen of the Night and nightclubs", as she was nicknamed. She died in Paris on May 1, at the age of 92, said her granddaughter, Daphne Rotcajg.

It is with sadness that we learned of the death of the singer and businesswoman, Régine, “Queen of the Night and nightclubs”, as she was nicknamed. She died in Paris on May 1, at the age of 92, said her granddaughter, Daphne Rotcajg.

Born in Belgium, in Anderlecht, on December 26, 1929, Regina Zylbergerg, alias Régine, was of Polish Jewish origin. During the Second World War, in 1941, she escaped deportation thanks to a French family who hid her in Aix-en-Provence.

After the liberation, his father opened a bar in Belleville. The girl then frequents nightclubs. She met Serge Gainsbourg at “Whisky à gogo” (75001) which she took over thanks to a friend. She knows how to set the mood and says she never drinks alcohol.

In 1956, Régine opened her first nightclub, “Chez Régine” in the Latin Quarter then “New Jimmy’s” in Montparnasse, where she introduced the twist. Tireless, she likes to party while declaring that “Sleeping is a waste of time”, we find her on the dance floor until the early morning.

Over the years, she became the owner of 22 nightclubs that bear her name, from Paris, near the Champs-Elysées to New York and Monaco, via Brazil and Malaysia. She welcomes many celebrities including Andy Warhol, Liza Minelli, the Rothchilds or the Kennedys, but also all those she has inspired such as Serge Gainsbourg, Sagan, Renaud, Marc Lavoine or Serge Lama.

In 1992, she acquired the “Palace” which closed 4 years later following a search that discovered narcotics.

In 2004, Régine divorced her second husband, the businessman Roger Choukroun, married in 1969, with whom she had created a membership card for the customers of her clubs, with which they could access all her establishments in the world. In the 1980s, there were nearly 20,000 holders.

The same year, she decides to separate from most of her clubs. In almost 30 years, Régine has made the stars of the whole world dance.

No one will forget the titles sung and immortalized by Régine, including “Les p’tis papiers”, “La grande Zoa”, “Patchouli chinchilla” or “Azzuro”. In total, she has more than 250 titles to her credit, including many popular and classic variety songs.

During the 1960s, the “Grande Zoa” as she was nicknamed, climbed on the boards of the Olympia then Carnegie Hall in New York in 1969, thus becoming one of the rare French women after Edith Piaf and Line Renaud to be famous. in the USA. She then moved on to Bobino and La Cigale in Paris.

Claiming to be ruined in 2009, she sold her nightclub on rue de Ponthieu in Paris, “Chez Régine”, then multiplied talk shows and concerts.

In 2016, she performed at the Folies Bergères where she performed “Je survivrai”, the French version of “I will survive” by Gloria Gaynor. A premonitory title!

Régine and the cinema

Apart from her career as a singer, Régine has also appeared in a dozen films, including “Jeu de massacres” by Alain Jessua, “Robert et Robert” by Claude Lelouch, “Les ripoux” by Claude Zidi.

No one can ignore the singer’s undeniable talent as a businesswoman. In addition to her idea of ​​an international membership card for her clubs, she invested with her second husband in hotels, restaurants, the creation of a line of clothing and perfumes. She even sponsored luxury cruises.

Always ready to defend important causes, Régine founded the association “SOS Drogue International” in 1984. The objective is to develop aid and care systems for drug users. In 2009, it became Groupe SOS, comprising 10 associations and 11 companies.
She also chaired SOS Habitat and Care.

The death of his son

In 1947, “The Queen of the Night” first married Paul Rotcajg, an apprentice leather worker. The following year, his only son Lionel was born. Unfortunately, he died in 2006 from lung cancer. This drama will mark the singer forever. She will also write in 2009, a book paying homage to him, “To you, Lionel my son”.

Régine is also the author of several books:

When the death of the artist was announced, many personalities paid tribute to him:

*His friend Pierre Palmade who wrote a press release at the request of the family: …”The queen of the night is leaving: closure due to a long and great career.”
*Line Renaud: “The night is an orphan, it has lost its queen”)
*Boy George and Big Sophie
*Jean Castex (“Six letters on a neon…so was Régine”)
*Roselyne Bachelot (“Goodbye Régine, you made the night shine with humor and panache…)
*Anne Hidalgo (“The queen of our sleepless nights made her city shine like no other”)
*Jane Birkin, Laurent Delahousse, Bernard Montiel and many more.

In addition, the singer had received the medal of Chevalier of the Legion of Honor in 1995 from the hands of President Chirac and that of officer in 2008 by Nicolas Sarkosi.