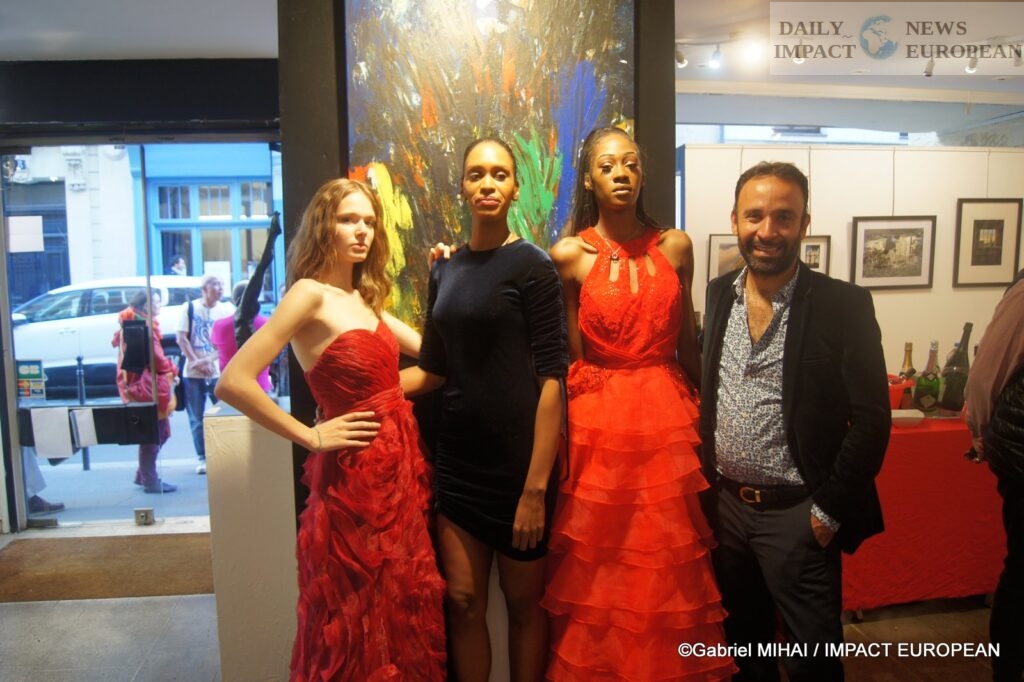 Miguel Prieto Verastegui, French painter of Colombian origin exhibited in Paris from May 27 to June 9 at the Thuiller gallery, rue Thorigny (75003).

Miguel Prieto Verastegui, French painter of Colombian origin exhibited in Paris from May 27 to June 9 at the Thuiller gallery, rue Thorigny (75003).

The “unhooking” was held on June 9 at the gallery in partnership with AHDV (Anggy Haïf Development Village) Harpist Marie Nicot hosted the evening while performing a few titles.

This exhibition “The corner of Colombia” is integrated into the week of Latin America and the Caribbean”, which was held in Paris. Thus, from May 26 to June 11, France honored the continent South America and the Caribbean. This was an opportunity for the painter to unveil his new collection, “La Gamme Rouge”. The models Falonne Blenda Dos Santos and Chloé Duval presented some works from this new range, in red outfits imagined by fashion designer Anggy Haïf.

Among the paintings on display, you could admire “Amida”, a painting in homage to her mother, “Victoire” which bears the name of a friend, or even “La Passion”…

Who is Miguel Prieto Verastegui?

Miguel Prieto Verastegui is a French abstract painter born in Colombia, in Bogota, in a family rocked by the arts. His father painted and his youngest brother is a caricaturist. It was in this artistic atmosphere that he started painting at a very young age, while studying business management and marketing in his country and in France where he settled and took French nationality.

Based in the 11th arrondissement of Paris, his studio is located in his apartment, his “Cazucha” as he calls it.

Today, this autodidact devotes himself solely to his art, sharing his emotions, his taste for France and its capital, but also his feelings through his work. His inspirations come from “Fauves” and Impressionism”, but also from women, the choice of his themes and his colors comes naturally. The palette he chooses is used to show what he feels in the face of nature. , it is often bright and luminous tones that are involved in the composition of his “structured” paintings. “Passionate about colors, he likes to paint outdoors. ” He uses acrylic paint on his canvases.

Thanks to a simple approach, Miguel wants to carry out an educational approach by allowing everyone to access the pleasures of the senses.

He has even just made a partnership with the creator Anggy Haïf for new experiences. like finding his paint on the fabrics of the couturier’s creations.

Miguel Prieto exhibits in many galleries such as the Thuillier gallery in the Marais in Paris where he participated, from February 22 to March 3, in the Prix de la Presse 2022, a competition that connects artists, amateurs and places of art since 2003, thanks to the Contemporary Artists website. He also exhibited at the Daniel Guidat gallery in Cannes, at the Causans gallery (75007) and at the Vivienne gallery (75002) He participated in Art Shopping 2019 and presented his paintings in the famous restaurant “Chez Françoise” under the title “Art at the restaurant Chez Françoise” in 2021.

Abroad, his works have been programmed in exhibitions in Italy, including Milan, a city that the artist greatly appreciates where he intends to return and exhibit. 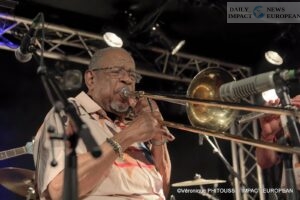 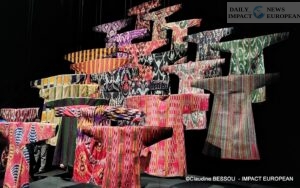 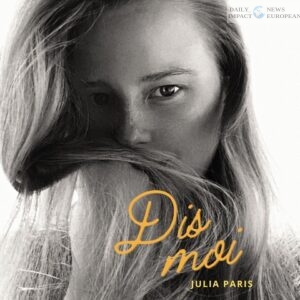